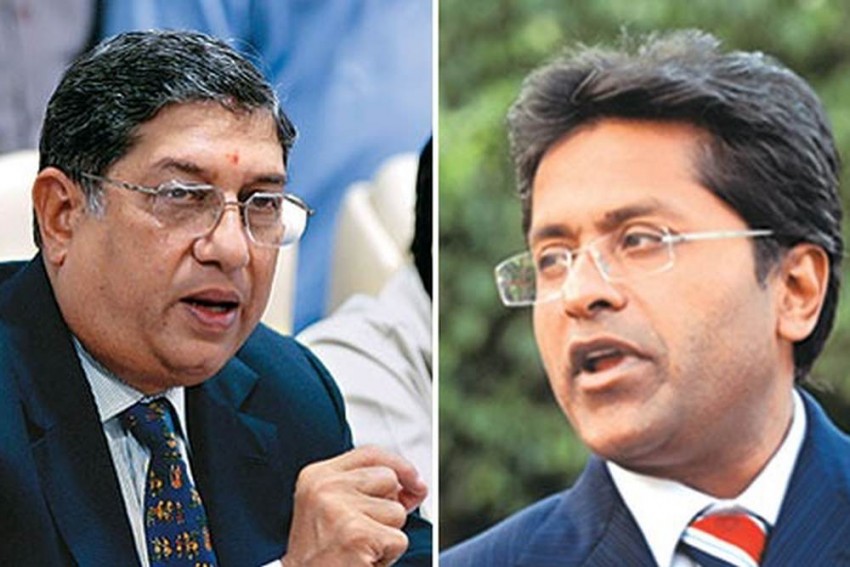 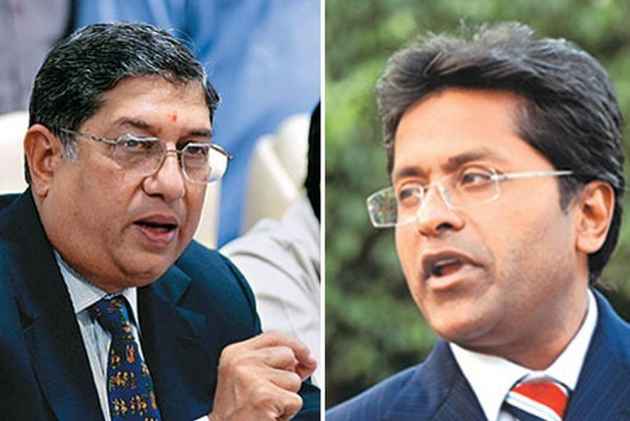 Former cricket administrator N. Srinivasan on Monday claimed that it was not him as the BCCI secretary in 2009 but the then president Shashank Manohar and treasurer MP Pandove were responsible for relocating the 2009 IPL to South Africa as they handled "overall management and financial operations respectively".

Modi’s team claimed that when Srinivasan was confronted with documents he pretended that he had eyesight trouble, though he remembered everything about discussions and allegations against his bête noire, Modi. However, Pandove said that it was Srinivasan’s decision to not to seek approval of the Reserve Bank of India (RBI) before transferring huge amount to Cricket South Africa (CSA), with which the BCCI tied-up to stage the IPL 2009. The tournament was relocated as its dates clashed with that of general elections in India.

Modi, who has been living in England since 2010, had moved the Bombay High Court, seeking cross-examination of his former BCCI colleagues on the issue of funds transfer even as the Enforcement Directorate is seized with the matter. After the court gave its nod, advocates Swadeep Hora and Abhishek Singh have been cross-examining Modi’s rivals.

“During the cross-examination by Modi’s lawyers, Srinivasan feigned ignorance and conveyed to the adjudicating authority that it was not him as secretary but the president [Manohar] and treasurer [Pandove] who were responsible for overall management and financial operations, respectively. He sought to give an impression that in an organisation like BCCI, the secretary was just a rubber stamp carrying out the president’s instructions,” the statement read. “Whereas the then president of BCCI, Shashank Manohar, had stated plainly during his cross-examination [earlier] that it was the duty of the secretary and treasurer to implement the resolutions of the WC [working committee of BCCI].”

The statement further said: “Initially, Mr Srinivasan pleaded ignorance due to self-professed selective amnesia of events, about the WC resolution dated March 22, 2009, which clearly made it imperative for him as secretary and Mr M.P. Pandove as treasurer to seek necessary regulatory permissions, including RBI’s permission, for transferring funds to South Africa for holding the second season of the IPL there.”

Modi’s team said that Srinivasan said he couldn’t read documents as he was having an eye problem. “But when confronted with his own emails and documents, he pretended to be incapable of reading and took the alibi of eyesight trouble. Mr Srinivasan remembered everything about discussions and allegations against Mr Modi but when the questions returned to his own role, he conveniently forgot everything.

“Former treasurer Mr Pandove also appeared for cross examination today and claimed that it was Mr Srinivasan’s decision to not seek RBI approval. He also agreed that the BCCI secretary is the chief executive of the BCCI.”

In 2011, the Enforcement Directorate of India's finance ministry had issued a showcause notice to the BCCI and Modi as part of its investigation of alleged financial irregularities in the IPL.