Well, Outlook Traveller is here, as ever, with great travel ideas for the new year. We’ve got 20, in fact, and over the next few days we’ll be letting you in on all the great experiences you can have this year. So read on, and start planning your trips. From all of us at Outlook Traveller, have a happy, healthy and travel-filled 2017! Read Part 1 and Part 2 of this list.

DISCOVER BELIZE
Been to Peru, done with Rio, looking for excitement in a faraway and fascinating continent? The world is looking at Belize. This tiny Central American country, set to the right of Mexico and bordered by the Caribbean Sea, is packed with natural and cultural riches. If you’re high up on your GK, you’ll know that the Belize Barrier Reef is the world’s second largest, after Australia. The rest of you, be informed that that makes it home to some 100 types of coral and 500 types of fish. Its national parks in the interiors teem with wildlife: jaguars, Baird’s tapir, spider and howler monkeys and more. No less staggering is its heritage: ancient Mayan stone temples, tombs and caves dating to 250-1000 CE are scattered across the country. Fly into Belize City. Stay at Villa Boscardi (from $110; villabos cardi.com) and make day trips elsewhere.

BIKE ACROSS AFRICA
While mountaineers challenge themselves with the Seven Summits, cyclists have the ‘Seven Epics’. One of these trips, the Tour d’Afrique covers a mind-boggling 11,500km over 90 riding days. The journey starts from Cairo in Egypt and ends at Cape Town in South Africa, weaving through 11 countries including Sudan, Kenya, Uganda, Rwanda, Tanzania, Malawi, Zambia, Botswana and Namibia. Participants will cycle along the Nile river, through the Sudanese desert, past the towering Mount Kilimanjaro, Victoria Falls, and along the edges of the Kalahari and Namib deserts. The 2017 edition kicks off on January 13 and ends exactly four months later. Don’t have the time for a full expedition? Sign up for a smaller segment of the tour. The full tour costs $16,900; see tdaglobalcycling.com.

SUNDOWNER AT WADI RUM
Dream of space travel? Well, there is a ‘Mars’ on earth—where The Martian was filmed. Wadi Rum in Jordan is where it shines red when the sun decides to say goodbye for the day. The red rocks and red-yellow sands shimmer and sigh in this valley of the moon. You can take a camel safari to a point from where you can just soak in the view. And then enjoy Bedouin food and music at one of the camps in the area. The treat for dinner is cooked under the sands and the stay in Bedouin goat-hair tents is an experience to savour. Check captains-jo.com for Captain’s Desert Camp. Camel safaris and jeep are chargeable, depending on the operator. Entry to the site is 5JD; wadirum.jo.

EXPERIENCE UNIQUE MADAGASCAR
Over 90 per cent of Madagascar’s wildlife is endemic. Thank the Continental Drift for that. Breaking off from the African landmass millennia ago meant that evolution took a distinct turn here. The island nation, located off the coast of southeast Africa, is best known for its lemurs, 14 species of which are found in Andasibe & Mantadia National Park. But there are other fascinating sites, including Île Sainte-Marie, a picturesque island with a dark history—it was a pirate base in the 17th and 18th centuries. There’s even a pirate cemetery here. Other curiosities: the Alley of the Baobabs, where the gargantuan ‘upside-down’ trees line the road between Morondava and Belon’i Tsiribihina. The capital city of Antananarivo also has many museums and cultural elements to explore. The native Malagasy cuisine is diverse, with a colonial French influence. Air Seychelles flies daily from Mumbai to Antananarivo.

DO BRITAIN ON THE CHEAP
The world may be splintering, but sometimes that can make it shrink too. One happy effect of Brexit is that, suddenly, it’s a great time to plan a visit-on-a-budget to Britain. The pound is cheaper than it’s been for a long time—in June 2016, one pound cost about ₹100; at the time of going to press, it was hovering in the ₹82 region. Airfares too are stunningly low—when was the last time you got a return flight from Delhi to London for ₹32,000 on a decent airline? Yep, we haven’t made that up—at the time of writing, Air India was offering just such a sweet deal. Tour companies too may be passing on the benefits of a more buyable pound. Make those calls now, because the good effects may not last long. It’s your chance to Brenter. Plan your trip at visitbritain.com/in/en. 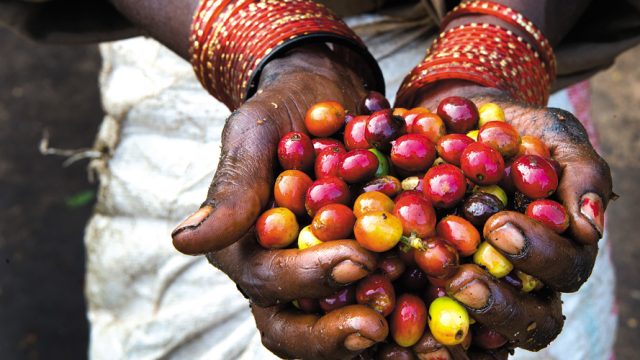