Jammu and Kashmir: The encounter between security forces and militants is going on in north Kashmir’s Baramulla village—Malwah. 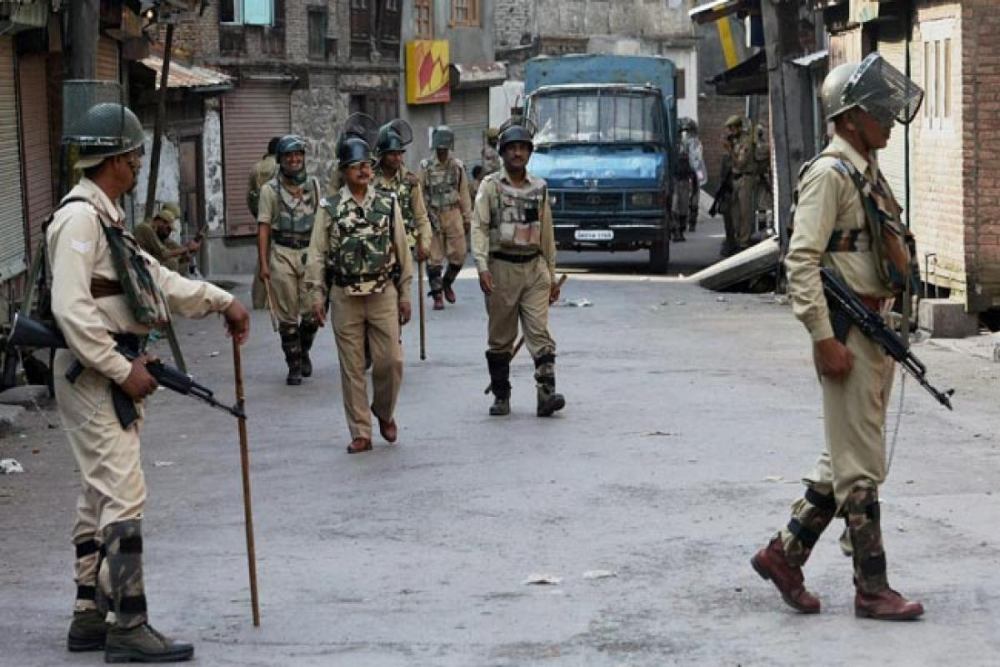 Initial reports said the sarpanch was a BJP functionary but the police has since clarified he was not affiliated with any party. A list of the fugitives' names has been put out on social media to help with the hunt, said the officials.

Seven soldiers were killed in an ambush, while one soldier was killed in a separate clash with terrorists, according to reports.

According to the officials, The injured was identified as Satish Kumar Singh, a Rajput. He was rushed to a local hospital where doctors referred him to a...

The term hybrid terrorist was coined by the Jammu and Kashmir Police for those who after carrying out a particular anti-national task given by their handlers,...

Kashmir: Two people from Punjab's Pathankot have been injured in a militant attack in J&K's Pulwama district.

Who Is A Terrorist In Kashmir? What's Difference Between Militant And Insurgents?

J&K: Militants Killed SPO And His Brother In Budgam

Jammu and Kashmir Lieutenant Governor Manoj Sinha and leaders of several political parties condemned the killing of the SPO.

Kashmir: The police said the module was involved in providing logistics, shelter, managing and transferring terror finance and motivating youth to act as...

According to a police officer, the search operation turned into an encounter when the militants opened fire at the security personnel. Three militants were...

J&K: 4 Ultras Including Pak Commander Of JeM Killed, 1 Held In Encounter With Police

According to a police spokesperson, the encounters took place in Pulwama, Ganderbal and Kupwara districts of Kashmir Valley.

For the first time, Army says weapons recovered from militants along LoC are of US troops left behind in Afghanistan.

Blaming Congress for neglecting the north-eastern region, Defence Minister Rajnath Singh said that the northeast region lags behind other parts of the nation...

Tribal leaders said they were negotiating with the abductors to secure the workers' release. They said the abductors demanded a ransom and the release of some...

According to the Inspector General of Police (IGP), Kashmir, Vijay Kumar, one of the killed terrorists Ikhlaq Hajam was involved in recent killing of HC Ali...

The attacks were later claimed by the banned Baloch Liberation Army (BLA). The attacks took place in Panjgur and Noshki districts of Balochistan. .

According to a police officer, J-K Police head constable Ali Mohammad was fired upon by militants at around 5.35 pm near his residence at Hasanpora in the...