World No. 1 Novak Djokovic missed the Australian Open 2022 since he is not vaccinated against COVID-19 while Roger Federer is still recovering from an injury. Both has 20 Grand Slams each.

When Grand Slam title No. 21 belonged to him, when the Australian Open final was over after 5 hours, 24 minutes of twists and turns and he somehow completed a comeback from two sets down, Rafael Nadal dropped his racket to the court, covered his face with his taped-up fingers, then shook his head and smiled. (More Tennis News)

“Just unforgettable,” is how he described his 2-6, 6-7 (5), 6-4, 6-4, 7-5 victory over Daniil Medvedev, a result that seemed particularly unlikely when Nadal faced three break points midway through the third set. (Photo Gallery)

Tapping his heart with his right hand, Nadal added: “One of the most emotional matches of my tennis career, without a doubt. Means a lot to me.”

This was, in various respects, a fitting way for Nadal to set himself apart, at least for the moment, from Roger Federer and Novak Djokovic: coming off a hiatus forced by a painful left foot, doubting his health and his form, worried about his future in tennis and, to cap it all off, climbing out of a huge hole — the match began Sunday night and concluded in the wee hours of Monday — with unrelenting play backed by unrelenting belief.

The last man to win an Australian Open final after dropping the first two sets was Roy Emerson, 57 years ago. Medvedev's summation: “Unreal.”
Nadal, a 35-year-old from Spain, is the first member of the Big Three — and, of course, the first man in the history of tennis — to surpass 20 major singles championships.

His rivals each got a chance to do so first: Federer lost to Djokovic in the 2019 Wimbledon final; Djokovic lost to Medvedev in the 2021 U.S. Open final. Now Nadal stands above both. 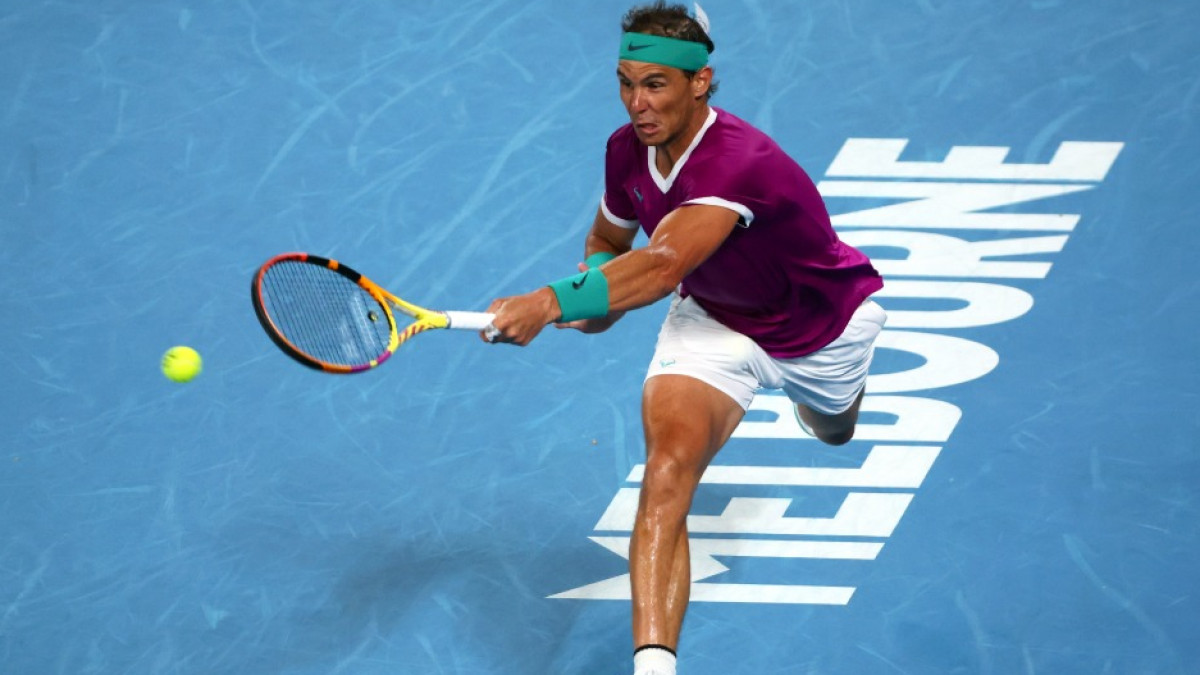 Rafael Nadal plays a forehand return to Daniil Medvedev during the men's singles final at the Australian Open 2022 on Monday (Photo: AP)

It is the first time he's ever had more Grand Slam trophies than Federer, who is 40 and sat out the Australian Open while recovering from the latest in a series of knee operations.

The No. 1-ranked Djokovic, who is 34, also missed the hard-court tournament he has won a record nine times; he is not vaccinated against COVID-19 and was deported after an 11-day legal saga that began when his visa was canceled upon arrival in Australia.

And yet, when play began two weeks ago, no one seemed to give Nadal much of a chance to go all that far, let alone win the whole thing.
The skeptics included Nadal himself. He was thrilled merely to be back in action after playing two matches in total over the last half of last season because of chronic foot pain.

He went months without being able to practice. He essentially had zero idea how well he would be able to perform at Melbourne Park. How well his strokes or his body could hold up over the course of five sets, if need be. Worst of all, how many more of these tournaments he'd have left.

And then, once into the final, Nadal found himself so far behind against a significantly younger (25) and higher-ranked (No. 2) opponent, someone who more recently had won a Grand Slam title and more recently had reached an Australian Open final (last year, losing to Djokovic). 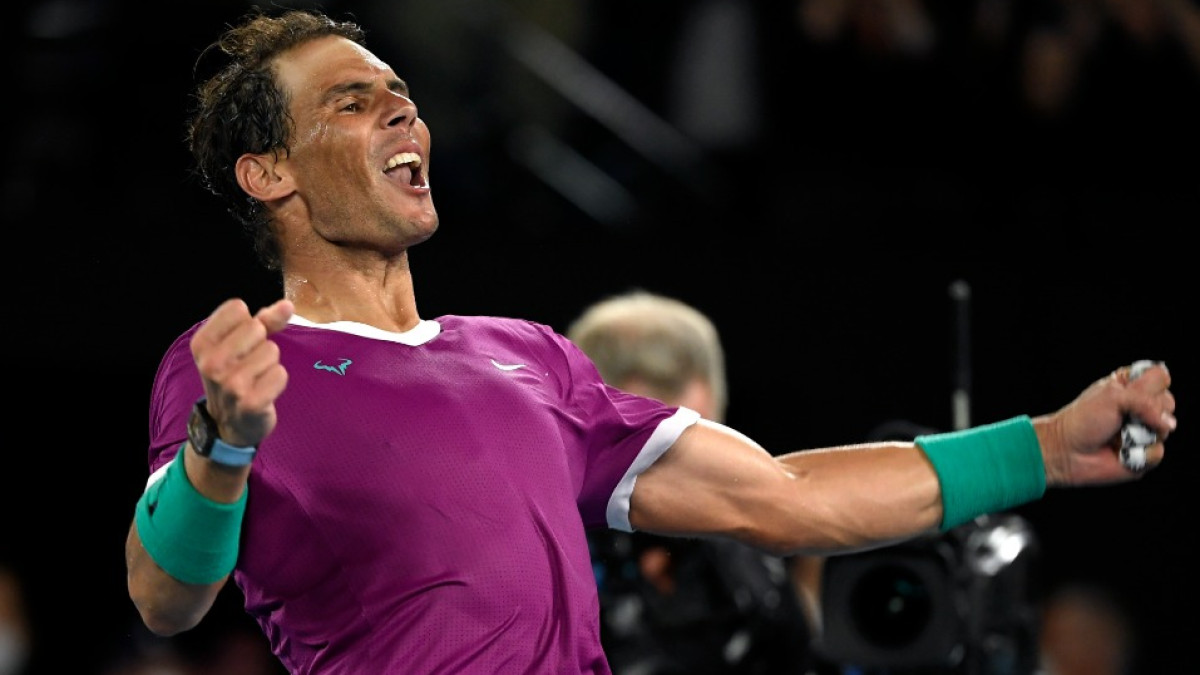 This triumph came 13 years after Nadal's other Australian Open title and follows four runner-up finishes in 2012 (against Djokovic), 2014 (Stan Wawrinka), 2017 (Federer) and 2019 (Djokovic). Those instances of coming up short in Rod Laver Arena flashed through Nadal's mind.

“I was repeating to myself during the whole match: I lost a lot of times here having chances. Sometimes I was a little bit unlucky.' I just wanted to keep believing till the end, no?” Nadal said. “I just wanted to give (myself) a chance.”

He managed to do that, starting the turnaround by digging himself out of a love-40 situation while down 3-2 in the third set. “Just got a little bit tight,” Medvedev acknowledged about that particular juncture.

As for how the match swung from there, Medvedev said: “Tactically, nothing changed. I feel like I was playing right. But Rafa stepped up.” As he so often has, in so many matches over the years, going back to Grand Slam title No. 1, as a teen at the 2005 French Open. His capri pants of yesteryear have been replaced by shorts.

His muscle shirts now have sleeves. His long locks are much shorter these days. Those lefty swings, those hit-every-shot-like-it's-your-last, that unmistakable drive? All still there. It's why Federer and Djokovic both praised Nadal's “fighting spirit” in congratulatory messages via social media.

Nadal now possesses 13 titles from Roland Garros, four from the U.S. Open, two apiece from Wimbledon and the Australian Open. Nadal joins Djokovic as the only two men with at least two championships at each major tournament in the professional era.

So where does this victory rank? “The most unexpected, without a doubt. And most surprising, I think, for everyone. ... For me personally, especially, no? Because I know how I arrived here,” Nadal said with the hour around 3 a.m. in Melbourne at the conclusion of what he termed “a very emotional night.”

“Even now, I am destroyed, honestly, physically,” he said. “I can't think much. I can't remember a lot of moments of the match.” Maybe not. But he'll remember that feeling at the end.