Even as Budget is being criticised by many for not making any changes to income tax or bring any tax SOPs for the middle class, the PM said that the indicators of a 'new world order' post-Covid-9 had already started to emerge.

A day after Union Finance Minister Nirmala Sitharaman announced the Budget 2022-23, Prime Minister Narendra Modi on Wednesday addressed BJP workers and said that the focus of this year's Budget was on providing basic amenities to the poor, middle class and the youth. Modi's address came even as the middle class and other sections of the country expressing disappointment with various aspects of the Budget.

Finance Minister Nirmala Sitharaman on Tuesday announced Gati Shakti master plan for infrastructure development, hike in capital expenditure, expansion of national highway network by 25,000 kilometers and a master plan for expressways to boost economic growth for next financial year. Sitharaman also announced that the Reserve Bank of India will launch digital currency based on blockchain technology.

The Prime Minister was delivering an address on Aatmanirbhar Arthvyavastha at a BJP event on Wednesday. While the new Budget has been criticised by many for not making any changes to income tax or bring any tax SOPs for the middle class, the PM said that the indicators of a "new world order" post-Covid-9 had already started to emerge. 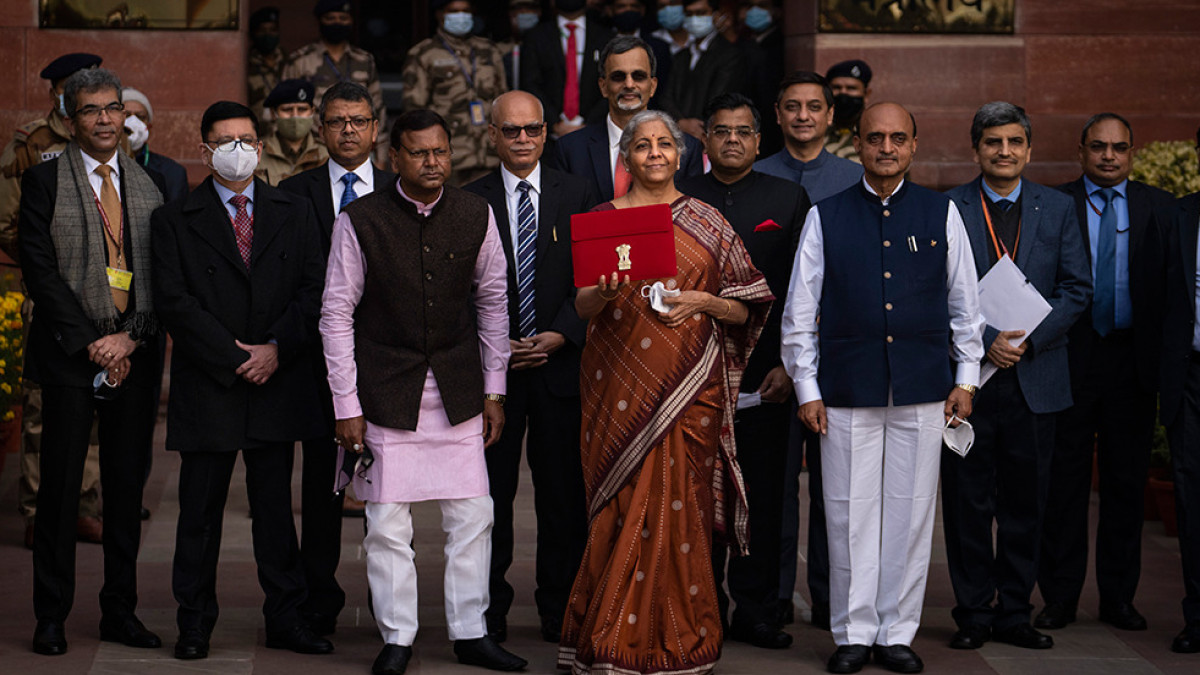 In a televised statement on Tuesday, Prime Minister Modi had said the Union Budget presented by Finance Minister Nirmala Sitharaman was "people-friendly, progressive" and full of possibilities for infrastructure, investment, growth and jobs.

Here are the key highlights from his post-Budget address on Wednesday:

PM Modi said that the way the world viewed India was soon about to change as a big shift in the world's perception of India was on its way. Post-Covid, the possibility of a new world order is emerging, the PM said,  adding that initial indicators of it are already visible. People, globally, want to see an empowered and strong India, the PM said. "It is imperative for us that we take our country forward at a rapid pace and strengthen it across several sectors," he added.

Stressing on the importance of self-reliance, the core driving force behind the BJP government's flagship 'Atmanirbhar Bharat Abhiyan,' the PM said that it was essential for India to not only become self-reliant but also ensure that a modern India is built on the foundation of 'Aatmanirbhar Bharat'. Addressing the criticism of the Budget 2022, PM said that apart from the political angle, the budget has been welcomed from all quarters. This Budget focuses on providing basic amenities to the poor, middle class and youth, he said, adding that his government is working on the saturation of basic facilities. Modi pointed out that the Budget proposes to make a four-fold increase in public investments from the UPA years.  In the last seven years, the decisions taken are continuously enlarging the Indian economy, Modi said. He said seven-eight years ago, India's GDP was Rs 1.10 lakh crore. Today, our GDP is nearly Rs 2.3 lakh crore.

The PM's address highlighted the need to secure border areas and villages by providing employment opportunities to youth in th area and also by promoting ease of living. Admitting that migration from border villages is not good for national security, the PM said that the Budget has provisions to develop 'vibrant villages' in border areas. The vibrant village programme is expected to benefit border villages in Uttarakhand, Arunachal Pradesh and Ladakh. The prime minister said the government plans to impart National Cadet Corps training to youth in border villages and will help them join the armed forces.

Budget 2022: Understanding How Every Rupee Will Be Utilised This Financial Year

Budget Has Nothing To Offer For Middle Class, Farmers; 'Extremely Negative' For Delhi, Says AAP

Budget 2022 Disappoints The Middle Class With No Tax Sops

Agri SOPs and focus on farming

The Budget has envisioned a 2,500-km long natural farming corridor along the banks of the River Ganga. Talking about the agriculture sector, the PM said that despite the criticism of Minimum Support Price (MSP), farmers are expected to get more than Rs 1.5 lakh crore as MSP for paddy this season. Farming is a big issue for the government ahead of Assembly Election in states like Punjab where the year-long farmers' protest that ended last year has created friction between farmer leaders/farmers and the BJP.

Deflecting arguments that the new Budget ignored the needs of the poor, PM Modi reflected how many poor persons who had been provided houses under a PM scheme have now turned into “lakhpatis”. “In the last seven years, we have given three crore poor people 'pucca' houses, and made them 'lakhpatis'. Those who lived in slums, have their own houses. Our government has increased the price and size of these houses so that there is space for education for children. Out of this, most of the houses are in the name of women. We have also made women 'maalkins' (owners),” he said.

Modi asserted that the Budget has given importance to sports and the allocation for it has increased three times over the years. Tax benefits for startups in budget will motivate youngsters to innovate, he further noted.

The PM in his address promised that very soon every village will have optical fibre connectivity and 5G technology will usher in a new digital era in India. Modi also said that the digital Rupee will open up new opportunities for the Fintech sector.

Finance Minister Sitharaman unveiled a Rs 39.45 lakh crore budget, with higher spending on highways to affordable housing to fire up the key engines of the economy to sustain a world-beating recovery from the pandemic. While she primed up spending on infrastructure to create jobs and boost economic activity, Sitharaman did not tinker with income tax slabs or tax rates.