A refugee from East Pakistan, Amala Manna loses her younger brother Kartik, within moments of crossing over to India. At a refugee camp in Gariahata, she meets Manas Dutta, the leader of a volunteer group. They are drawn to each other. On a rare evening together, they get to know each other better.

More from Bhaswati Ghosh
View All

Amala couldn’t resist the urge to try out some of these new finds and took out a five-rupee note from her wallet to buy shahjeera, a darker and slimmer variety of cumin the shop owner told her to use in rich meat dishes and kababchini; small black globules that looked exactly like whole black pepper but apparently had a different aroma, stronger and warmer. A minute later, Amala and Manas joined the crowds drifting out of the market area.

‘There’s a special place I want to show you today,’ Manas said as he approached a taxi.

Amala’s heart trembled at the suggestion. If it was where she thought, she wasn’t yet ready for it. ‘Er, where?’

‘Nah, Manas Ba...I can’t visit your house today. I don’t mean to sound rude, but I need more preparation for that.’

‘My home? Who’s going there? I mean we can if you wish to, but that wasn’t the place I was talking about. My house can get pretty boring if you have to live there every day!’ Manas guffawed, not entirely unmindful of his forewarning to Amala.

Amala reciprocated with a broad smile and didn’t hesitate before the taxi ride this time around. It had been a long day after all, the bus ride to work and then to Chitra’s house, then the hour-long gallivanting through the every-item-under-the-sun stalls of New Market.

All through the ride to the lake, Amala spoke animatedly about how, though exhausting, the market visit had delighted her and how she wanted to return there with some of her work friends. She also wanted to bring Malati. The idea of taking unknown spices to Malati thrilled her like a little girl. The fact that Amala could find joy in matters of everyday domesticity gladdened Manas. Not because he had decided to make her part of his family but because it suggested she had found at least some measure of normalcy back in her life. 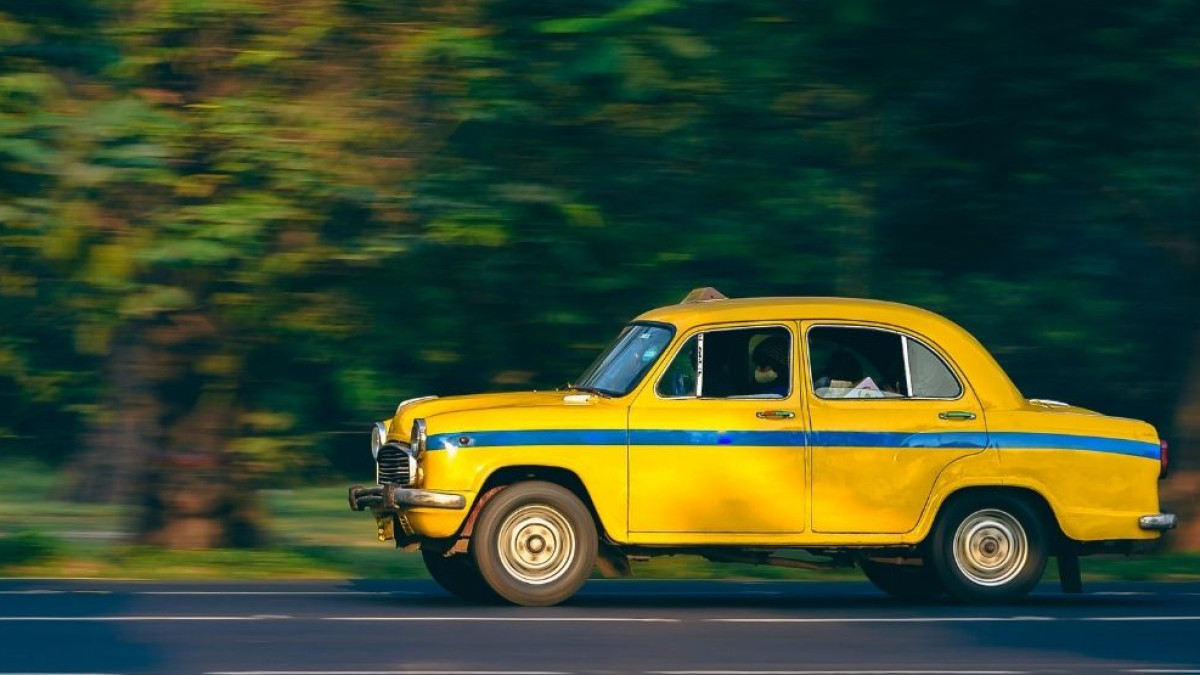 The lake’s blue-green expanse soothed Amala’s limbs. Manas led her to the shade of a peepul tree that had unfurled its branches in all directions. The evening breeze carried the moistness of the lake and made a few loose strands of hair ruffle against Amala’s cheeks. She pushed the hair back and went closer to the water, drinking in its liquid serenity with her eyes. She hadn’t been so close to water since the time she visited the Dakshineshwar temple with Chitra.

Amala looked at Manas and said ‘Dhonnobad,’ softly. He probably had no idea how badly she missed the water. Before coming to India, water permeated her like the air she inhaled. Back then, she didn’t have any good reason to imagine that there could be a time when she would have to seek water when it wouldn’t pervade every pore of her skin like paddy soaking in perpetual wetness.

Manas sat down on the cool grass under the tree, carefully placing the paper bag containing the new sari beside him. Amala joined him momentarily, her eyes still drawn to the lake. She placed her handbag and purchases carefully to create a little island between her and Manas. For a few minutes, the only sounds around them were the rustle of tree leaves, the croaking of frogs, and the odd human voice wafting from afar.

Manas took the liberty of intruding on Amala’s reverie. ‘You like this place,’ he said, not by way of suggestion but a solid knowing.

‘It’s so beautiful here. Who knew your Kolkata has such a spot, too?’

‘Ha, ha. Our Kolkata isn’t all that bad, you know. Give it some time and you’ll fall in love with this city.’

Amala said nothing to confirm or deny that prediction. Her gaze now focused on the strands of grass, which she started plucking and chewing on lightly.

‘So,’ Manas said, clearing his throat. ‘Thank you, Amala.’ The emphasis on ‘you’ seemed to be in response to the gratitude Amala had shown for being brought to the water a while ago.

‘You have taken such a weight off my chest,’ Manas continued. ‘I’ll probably have the best sleep of my life tonight.’ Then, without blinking, he said, ‘Wait a minute. I don’t think I’d even be able to close my eyelids tonight!’

A sheepish grin covered Amala’s face. ‘I have added to your burdens, not made them lighter,’ she said.

‘Taai shoi, so be it. This is a load I’ll be happy to bear for the rest of my life.’

A sudden quack from a duck that had sauntered close enough to Manas shattered the brief period of silence that followed Manas’s heavy-lifting claims.

‘Can I ask you something, Amala? You may choose not to answer.’

Manas’s directness made Amala go red in the face. She wished they could go back to the insinuations of a moment ago. But she knew there was no escaping the raw, uncoated intent of his question.

‘Who knows?’ Amala said. If she had thought that such a response would bring an end to Manas’s curiosity, she was mistaken. The ambiguity of her words only stirred him more.

‘Hey, that’s not fair. You don’t want me to believe you decided on a whim? No one can say that about Amala Manna.’
Amala kept plucking at the grass stems. A little later she said softly, ‘Why do you care? Isn’t my agreement enough to you?’

Manas felt checkmated. She had nailed it. Do we know the answers to all the whys in our lives? Seeing Amala preoccupied and distracted he looked for ways to lighten the atmosphere. Luckily, he had just the thing. Manas fished out a thhonga from his panjabi pocket. It contained chocolate-covered macaroons, his secret purchase from Nahoum’s for celebrating this moment with Amala. Some of the macaroons had broken but he picked one out that hadn’t and held it out for Amala. ‘See if you like it?’ 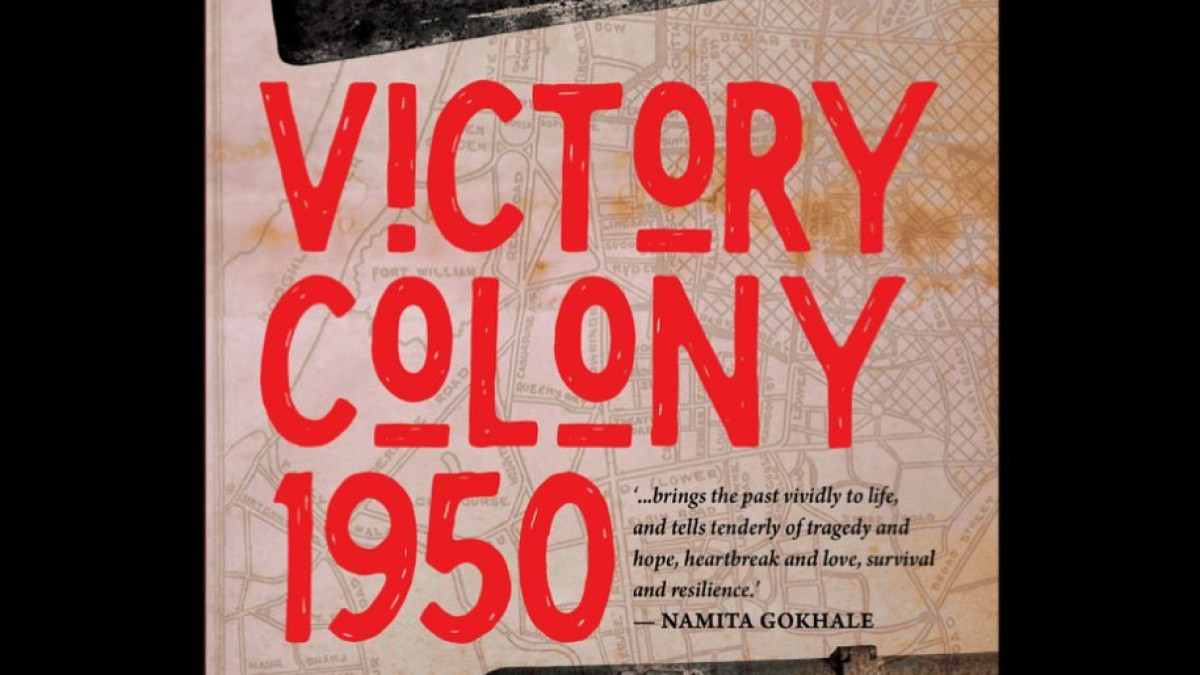 Amala accepted the treat and began nibbling at its rocky surface that softened as soon as it touched her tongue. As the chocolate melted in her mouth, the twinkle in her eyes conveyed her endorsement. Manas took out a broken piece for himself and extended the entire packet to Amala. She placed it in the island, on top of her bags.

This quiet act of sharing, typical of Amala’s understated affection, permeated Manas like a beam of moonlight. It was as if she were saying to him, ‘Neither you provide for me, nor I for you. We merely partake of what’s available to us both.’  Manas was happy with that arrangement.

Manas’s frankness allowed Amala the liberty to begin her own interrogation. ‘So, tell me more about your job?’
It was his turn to be taken aback. Amala’s tone demanded a clear, factual answer.
‘Oh, that. No job, Amala, you see I’m still studying. I took up a couple of home tuition jobs. You know, giving private lessons to children to help with their school studies?’
Amala knew about tuition and coaching. Some of the kids in Bijoy Nagar went for group tuitions to a nearby house. ‘Good, good,’ she said, a bit abstracted. ‘Teaching is good, a good thing. If only my Kartik were around, he would be studying in a school here.’
‘Kartik ― who’s that?’ Manas asked.

The sudden slip of tongue shocked Amala, and yet oddly reassured her, too. As she finally revealed to him the fact of her brother’s disappearance, an invisible boulder she’d been lugging around seemed to dissolve into dust.

Manas brought himself closer to her and said, ‘I wish I’d known earlier ―we could have found him by now...But you know what? I’m glad you finally trust me enough to share this. I’ll be on the job; don’t worry, Amu.’

The sun quietly slipped behind the trees, leaving Manas and Amala with the croaking frogs and quacking ducks. A host of chirping crickets joined them, enveloping the hour of dusk with a curious aural wrapping. Amala absorbed the sensations as best as the mosquitoes invading her skin allowed her to. She made quite a few of them pay with their lives. In any case, their attack paled before the peace this evening brought her. She could have sat there for hours, sheathed in the silence punctuated by the evensong of ducks and crickets. Suddenly, the sound of Manas clearing his throat alerted her.

‘Please take this, Amala. This is for you,’ he said, extending a paper bag to her. Amala felt a softness leading up to her hand.

She couldn’t see the bag in the dark but as she opened it, a flicker of orange peered at her, it was the sari Manas had bought. For his sister-in-law.

Manas knew he had to tackle this delicately. ‘Look, Amala, it’s a gift from me. Can’t I even give you a sari?’

‘Why would you gift me such an expensive sari? I’m nothing to you,’ she prattled, adding softly, ‘yet.’

‘Why, you are. You have been since the day I met you. Don’t you remember I called you a friend long ago, at the Gariahata camp?’

‘Na, Manas Babu, there’s no way I can accept such an expensive gift from you. The sweets you gave I didn’t say no to.’

‘Please, Amala. Lokkhi meye. I’ll be hurt if you didn’t take it. Why, it’s with my own money even!’

‘Do they pay you so much for the tuitions?’ Amala couldn’t hide her incredulity any longer.

‘Well, I also saved some money from my monthly haat-khorcha allowance my grandfather gives me. But...most of it is with my own income. Please,

Amala...’ His voice had such an honest entreaty, Amala felt it would be cruel to reject the gift.

‘It’s yours and you get to decide when to wear it. I will wait for the day, though.’

Quietness draped them again before Amala decided it was getting late and Malati would worry.

‘Yes, let’s go.’ Manas said, getting up and dusting his panjabi of grass straws. ‘We’ll take a taxi so you can get down first.’

(Bhaswati Ghosh is a writer and translator. Victory Colony, 1950 is her debut novel. Views expressed in this article are personal and may not necessarily reflect the views of Outlook Magazine)