Michelle Obama offered a sharp rebuke of the Trump presidency, telling viewers that he 'has had more than enough time to prove that he can do the job, but he is clearly in over his head.' 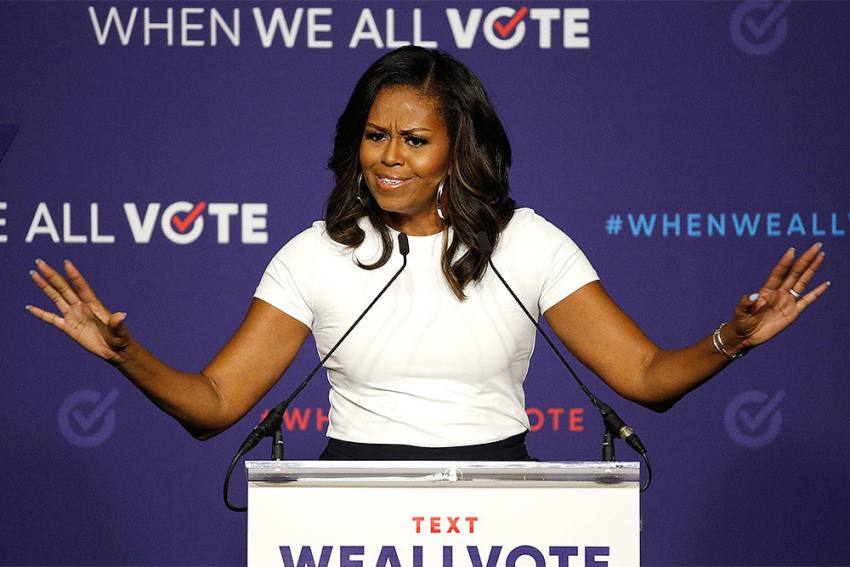 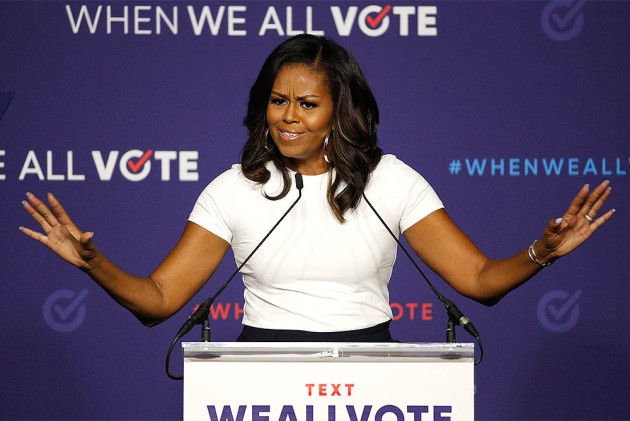 US' former first lady Michelle Obama ripped through Donald Trump at the opening of the Democratic National Convention, saying he is the "wrong president for our country" who is "clearly in over his head".

The four-day convention was initially scheduled to be held in Wisconsin but it began virtually on Monday amid the ongoing COVID-19 pandemic. Senator Kamala Harris, 55, is all set to be formally nominated by the DNC as the first-ever Black as well as the first-ever American of Indian and African descent as a vice presidential candidate by a major political party.

"Let me be as honest and clear as I possibly can. Donald Trump is the wrong president for our country. He has had more than enough time to prove that he can do the job, but he is clearly in over his head. He cannot meet this moment. He simply cannot be who we need him to be for us. It is what it is," Obama said in her address on the opening night of the 2020 Democratic National Convention.

She said her message is likely to be unheard by some people as "we live in a nation that is deeply divided, and I am a Black woman speaking at the Democratic convention".

Obama cautioned that if Americans think things cannot possibly get worse, "trust me, they can; and they will if we don’t make a change in this election. If we have any hope of ending this chaos, we have got to vote for Joe Biden like our lives depend on it".

In a veiled attack on Trump, Obama said the job of the president is hard and it "requires clear-headed judgment, a mastery of complex and competing issues, a devotion to facts and history, a moral compass, and an ability to listen—and an abiding belief that each of the 330,000,000 lives in this country has meaning and worth".

"A president’s words have the power to move markets. They can start wars or broker peace. They can summon our better angels or awaken our worst instincts. You simply cannot fake your way through this job," the 56-year-old former first lady said.

Obama lamented that in the presidential elections four years ago, too many people chose to believe that their votes didn’t matter or may be because they were fed up.

"Whatever the reason, in the end, those choices sent someone to the Oval Office who lost the national popular vote by nearly 3,000,000 votes,” she said adding that “we’ve all been living with the consequences.”

She said in the four years that her husband, former president Barack Obama, and vice president Biden left office, the state of America is very different.

“More than 150,000 people have died, and our economy is in shambles because of a virus that this president downplayed for too long. It has left millions of people jobless. Too many have lost their health care; too many are struggling to take care of basic necessities like food and rent; too many communities have been left in the lurch to grapple with whether and how to open our schools safely.

"Internationally, we’ve turned our back, not just on agreements forged by my husband, but on alliances championed by presidents like (Ronald) Reagan and (Dwight) Eisenhower,” Obama said.

Refering to the recent spate of killings of people from the African-American community, she said even as George Floyd, Breonna Taylor and a never-ending list of innocent people of colour continue to be murdered, "the simple fact that a Black life matters is still met with derision from the nation’s highest office".

"Whenever we look to this White House for some leadership or consolation or any semblance of steadiness, what we get instead is chaos, division, and a total and utter lack of empathy," she said.

In another scathing attack on Trump, Obama said youths are now seeing “our leaders labeling fellow citizens enemies of the state while emboldening torch-bearing white supremacists. They watch in horror as children are torn from their families and thrown into cages, and pepper spray and rubber bullets are used on peaceful protestors for a photo-op".

"Sadly, this is the America that is on display for the next generation. A nation that’s underperforming not simply on matters of policy but on matters of character. And that’s not just disappointing; it’s downright infuriating, because I know the goodness and the grace that is out there in households and neighborhoods all across this nation,” she said.

Obama said while Biden is not perfect and he’d be the first to tell Americans that. "But...his ability to learn and grow — we find in that the kind of humility and maturity that so many of us yearn for right now. Because Joe Biden has served this nation his entire life without ever losing sight of who he is; but more than that, he has never lost sight of who we are, all of us," she said.

Obama asserted that the US has to vote for Biden in numbers that cannot be ignored.

In another attack on Trump and his criticism on the US Postal Service, she said, "Right now, folks who know they cannot win fair and square at the ballot box are doing everything they can to stop us from voting. They’re closing down polling places in minority neighborhoods. They’re purging voter rolls. They’re sending people out to intimidate voters, and they’re lying about the security of our ballots. These tactics are not new."