US Lawmakers Seek Permanent Residence For H1B Visa Holders, Can Be Game Changer For Indians

Under the current system, individuals from countries with large populations -- such as India and China -- face decades-long wait times to achieve lawful permanent resident status. 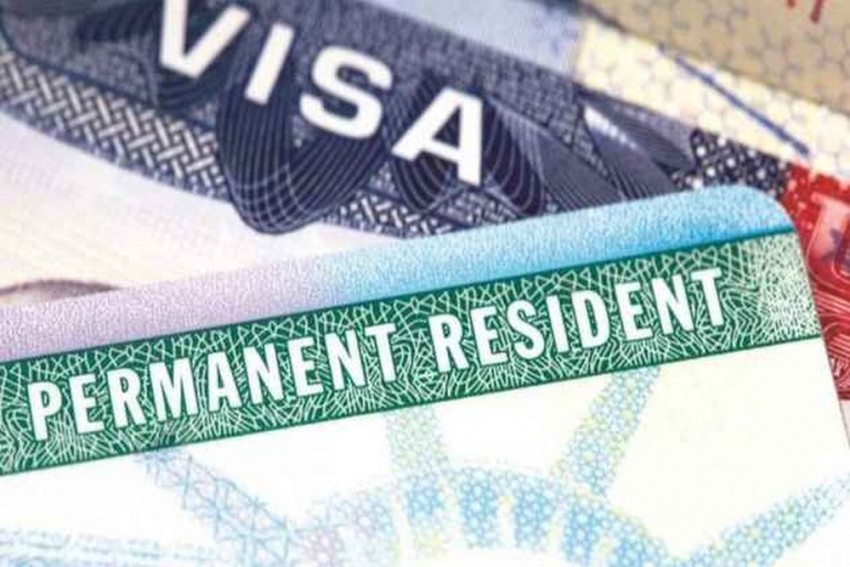 In a move that will help a significant number of Indians, a group of US lawmakers have sought path to permanent residence for people in the employment-based green card backlog, most of whom are H-1B visa holders.

A group of 40 US lawmakers led by Indian-American Raja Krishnamoorthi have written a letter to Speaker of House Nancy Pelosi and Senate Majority Leader Chuck Schumer seeking a path to meet this.

There are reportedly 1.2 million people in the employment-based green card backlog.  A significant majority of them are from India.

Under the current system, no more than seven percent of employment-based green cards are available to individuals from a single country. As a result, individuals from countries with large populations -- such as India and China -- face decades-long wait times to achieve lawful permanent resident status.

The lawmakers said in order to fully unlock the economic potential of high-skilled immigrants, a pathway to lawful permanent residence must be cleared and the system must be reformed. Reforming this immigration system will be especially helpful to the United States as its economy and workforce continues to recover from the pandemic, they added.

The lawmakers in their letter also said the budget reconciliation package provide relief to the individuals stuck in the employment-based green card backlog, thereby strengthening the economy in the process.

“Failure to provide a path to lawful permanent residence for the 1.2 million people in the employment-based green card backlog, most of whom are H-1B visa holders, would be tantamount to staging an economic recovery with one hand tied behind our back,” the letter said.

“Permanently relegating H-1B holders to non-immigrant status while China, Russia, and other major powers are ascendant on the world stage – and hungry to be home to the innovators of the 21st century – is simply nonsensical. This can and must be addressed in the budget reconciliation package currently under negotiation,” it read.

The Congressmen said under current law, the American economy is unable to access the full international talent pool of high-skilled workers already present and working in the United States --  indeed, the very scientists, inventors, health care workers, entrepreneurs, and other professionals that give the United States its edge over its global competitors today.

“This is because there is effectively a green card ban on high-skilled immigrants from India, China, and other countries with large populations of workers eager to remain in America and power forward our economy and social safety net programs for generations to come,” they wrote.

Right now, no more than seven percent of employment-based green cards are available to individuals from a single country, which has created a decades-long backlog for would-be immigrants from India and China.

“Indian nationals face a particularly daunting backlog of 80 years, and an anticipated 200,000 will die before achieving lawful permanent resident status,” the lawmakers said.

“This arbitrary cap is keeping some of the world’s most talented individuals from permanently calling America home, encouraging them to take their inventions, expertise, and creativity to other countries instead,” they wrote in the latter.

Most workers in the employment-based green card backlog are already in the United States on temporary non-immigrant visas, such as the H-1B visa for workers in specialty occupations, that are renewable but greatly restrict beneficiaries from reaching their full potential.

H-1B holders are unable to change jobs or start their own businesses -- despite the fact that they have been shown to boost overall productivity, wages, and new patents, they said.

The temporary nature of the H-1B visa forces beneficiaries to live in a constant state of uncertainty, preventing them from becoming entrepreneurs, buying homes, employing more Americans, or otherwise fully establishing themselves as permanent fixtures within the American economy.

“An especially painful aspect of the H-1B experience is that dependent children, known as “Documented Dreamers,” are often forced to self-deport to their country of birth if they reach age 21 before their parent obtains a green card, despite having lived most of their lives in the United States,” the lawmakers said.