US Elections: Third Parties Could Play A Lesser Role

Apart from Republicans and Democrats, the vote share for any other party is very nominal so far. 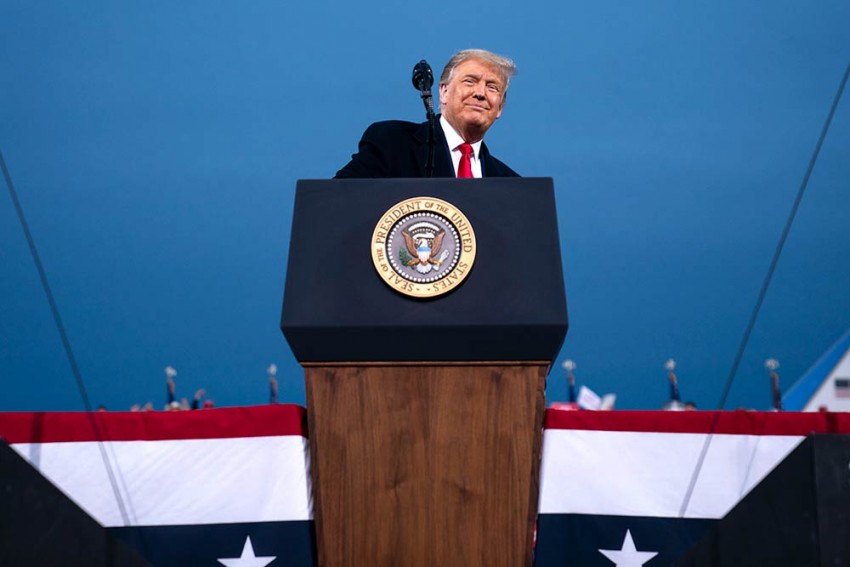 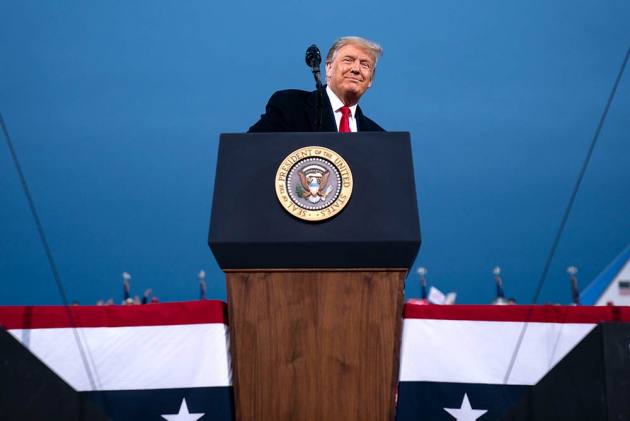 In close elections, it doesn't take much for third-party candidates to play an outsize role — as Democrats learned the hard way in 2016.

President Donald Trump beat Hillary Clinton in Michigan by fewer than 11,000 votes that year while left-leaning Green Party candidate Jill Stein netted over 51,000 and Libertarian Gary Johnson won 172,000. In Wisconsin, Trump won by about 23,000 votes, fewer than Stein's 32,000. And in Pennsylvania, Stein's 49,000 votes eclipsed the margin by which Trump defeated Clinton.

Victory in those three states catapulted Trump into the White House. As he seeks another term amid a pandemic and sudden Supreme Court vacancy, there are questions about whether third parties could play a similar role in this year's high-stakes election. “Green Party candidates in 2000 and 2016 fundamentally changed the course of the 21st century,” said presidential historian Douglas Brinkley of Rice University.

“Trump has a terrible electoral map right now. The math is leaning against him. A vital third-party candidate would likely help him tremendously.” But third-party candidates are facing hurdles that didn't exist four years ago, potentially weakening their impact. In a court decision last week, the Green Party candidate was barred from appearing on Pennsylvania's ballot.

A flurry of legal challenges will keep significant third-party candidates off the ballot in Wisconsin. Three other third parties — the Constitution, Libertarian and American Solidarity parties — have spots on the Wisconsin ballot, but Marquette Law School poll director Charles Franklin said there's reason to believe the third parties will have less influence than they did in 2016. Franklin said recent history shows a falloff in third-party support four years after an election in which the Electoral College result differed from the popular result.

Support for the Green Party plummeted in 2004, four years after Ralph Nader's Green Party bid helped tip the election away from Democrat Al Gore and to Republican George W. Bush. “It drove home to both voters and nonvoters alike that we can have very close elections, and they have to consider that in deciding whether to cast a third-party vote or not,” Franklin said.

Michael Meketa, 26, a registered independent from Johnstown, Pennsylvania, voted in 2016 for Johnson's “combination of libertarian and smart economic policies" but will opt for Biden this November because of what four years of Trump has wrought. “I saw last time, there's no hope in a third-party candidate in this basically two-party system that we have. But not only that, it's just all the damage Trump has done," Meketa said.

“I'm better off voting for Biden, and I'd feel better voting for Biden just because there's some civility, some chance for recovery.” In Michigan, 5 per cent of the electorate – nearly 242,000 people -- voted for a third-party candidate in 2016. But it was less than 1 per cent in 2012 and on track to be low again this year, said local pollster Richard Czuba, who believes Democrats this time will stick with their candidate, which they didn't do four years ago.

“Those Democrats not only didn't turn out, but a sizable number shifted over to a third party as kind of a protest vote. 'Oh, Hillary Clinton's going to win this. I can protest,'” said Czuba, of the Lansing-based Glengariff Group. “We're not seeing any of that happening this year.” Two of the key factors in the surge of third-party voting in 2016 was the number of voters who disliked both major-party candidates as well as those Democrats who believed there was little chance Trump could win.

“For many folks who voted third party, they found both Clinton and Trump as objectionable and parked themselves elsewhere as a protest vote,” said Kevin Madden, a Republican strategist who worked on Mitt Romney's 2012 presidential campaign. “But there are no charged negative feelings toward Biden like there were toward Clinton. The lack of a third-party candidate hurts Trump.” Enter, Kanye West. Maybe.

The hip-hop star and fashion mogul has launched a scattershot campaign that many of Trump's allies believe could siphon votes away from Biden. With a number of Trump supporters working on the ground to advance West's campaign, many Democrats view his candidacy as a dirty trick by Republicans.

West has denied the claim, but he has voiced support for Trump before, met with the president in the Oval Office and has sported one of his trademark red “Make America Great Again” hats. It was not clear what impact West's candidacy would have, despite his superstar status and near universal name recognition. He entered the race and failed to get on the ballot in battlegrounds like Michigan and Florida, but he could play spoiler in states where he will appear, like Colorado, Minnesota and Iowa.

“Biden has faced questions about the enthusiasm of support he is receiving from African Americans,” Brinkley said. “This has been such a strange year: if West even gets 2 to 3 per cent, that could matter.”