International Trump Said He Won The Elections. Twitterverse Was Happy To Give A Reality Check

Trump Said He Won The Elections. Twitterverse Was Happy To Give A Reality Check

Donald Trump's refusal to accept defeat in the US Presidential elections opened up a treasure trove of internet ridicule on Monday. 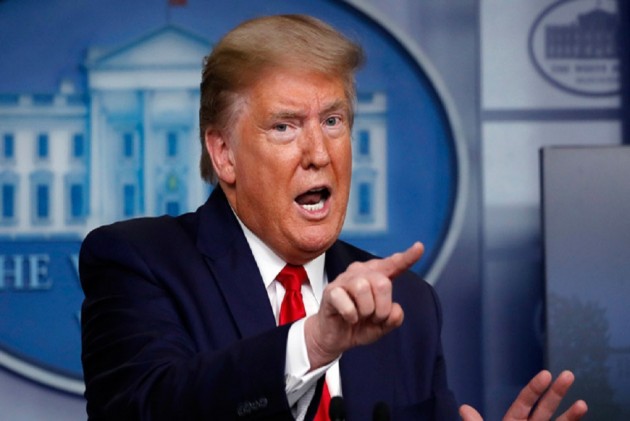 The US elections aren't a thing of the past, at least for the 45th President of the United States.

Donald Trump has refused to accept the results of the 2020 Presidential elections and concede victory to Joe Biden. On Monday, Mr Trump once again declared himself the winner on the battleground of Twitter. This is despite mainstream American media and global leaders acknowledging Democratic nominee Joe Biden's victory as he crossed the minimum 270 electoral vote count.

"I WON THE ELECTION," his tweet dated November 16 said.

I WON THE ELECTION!

This was followed by another victory tweet, with the same wordings, later during the day.

I won the Election!

Mr Trump's emphatic declaration quickly became an internet hit. Celebrities, politicians, brands, and troves of people amassed to ridicule his unsubstantiated claims of victory. His refusal to concede the elections became a gateway to plenty mockery.

And I am the Queen of England!!

Here you go, I fixed it for you. pic.twitter.com/AKyu37Qs1l

I AM BRITNEY SPEARS!

I am Wonder Woman.

I HAVE NO NEED FOR EXTERNAL VALIDATION

I AM IRON MAN.

There seemed to be quite a few takers for Britney Spears and the Queen of England. Everyone also seemed to have their GIF game on-point.

Some even played around with Twitter's disclaimer to tweak it for further accuracy.

Several users took the opportunity to retweet with their wishful thinking. Some were happy to share they won the election, too.

The US media declared Democratic nominee Joe Biden the winner of the 2020 Presidential elections last week. His victory in key states has been objected by Mr Trump as he alleged election fraud without offering any evidence. He maintains that the election race is nowhere near the finish line.