Officials in the International Students Office at the University of Southern California said they are still 'analysing the new information' and swamped by a flood of enquiries from worried students. 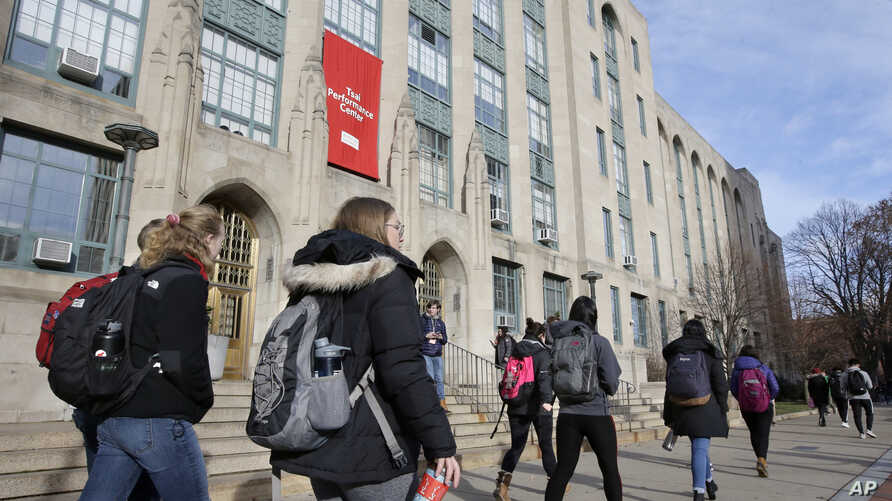 International students in the US are panicking and universities are scrambling to make sense of a new policy announcement by US Immigration and Customs Enforcement (ICE) that says foreign students in the US will be forced to leave the country or transfer to another college if their universities offer only online classes this Fall.

"Nonimmigrant F-1 and M-1 students attending schools operating entirely online may not take a full online course load and remain in the United States", the first line of the July 6 statement says.

Officials in the International Students Office at the University of Southern California told IANS they are still "analysing the new information" and swamped by a flood of enquiries from worried students.

According to immigration attorney Cyrus Mehta, the latest one pager policy announcement means three things: Students enrolled in US universities that are moving to an online-only education model will be barred from getting F-1 visas, they will be stopped from entering the US on F-1 visas and not allowed to maintain F-1 status in the Fall semester.

Also Read: How COVID-19 Has Affected US University Campuses, And What The Fall Semester Looks Like

ICE is now turning the screws on universities to re-open despite the coronavirus roaring back across 40 of 50 states.

"So Trump is forcing foreign students to study in unsafe conditions during Covid-19", Mehta tweeted.

Fall 2020 semester begins early September in the US, immediately after Labor Day weekend. By that time, America's death toll is projected to have crossed the grim milestone of 170,000, according to at least a couple of predictive models.

The new policy incentivises in-person classes during the ongoing pandemic which has already killed 130,000 Americans. The ICE announcement comes amidst heated debate across the country on what the coming Fall school session is going to look like.

A vaccine against the coronavirus will not be available until at least year end or later.

The announcement leaves the door open for "hybrid" models of online plus in-person classes as a way for students to remain in the US.

Also Read: Is Future of International Study and Academic Careers Under Threat?

It says, "Nonimmigrant F-1 students attending schools adopting a hybrid model, that is, a mixture of online and in person classes, will be allowed to take more than one class or three credit hours online."

Andrew Ng, co-founder of Coursera and a Stanford computer science faculty member described this latest development as a "lose-lose" situation for both students and universities.

In a tweet, Ng termed the policy as a "horrible" one which will hurt the US, students and universities.

"Pushes universities to offer in-person classes even if unsafe or no pedagogical benefit, or students to leave US amidst pandemic and risk inability to return," Ng tweeted.

"Most of my current PhD students are international. This is an unnecessary crisis" tweeted Paula Kagan, Professor at DePaul College of Science and Health.

The language of the ICE statement terms the new rules as "modifications to temporary exemptions for nonimmigrant students taking online classes due to the pandemic for the fall 2020 semester."

Also Read: Not US, UK Or Europe, Why Student Traffic Will Now Shift To Locations In East Asia

"The US Department of State will not issue visas to students enrolled in schools and/or programs that are fully online for the fall semester nor will US Customs and Border Protection permit these students to enter the United States. Active students currently in the United States enrolled in such programs must depart the country or take other measures, such as transferring to a school with in-person instruction to remain in lawful status. If not, they may face immigration consequences including, but not limited to, the initiation of removal proceedings."

The Trump administration says it had allowed only a "temporary exemption" for online courses limited to the spring and summer semesters.

The ICE announcement comes at a time when the US leads the world in coronavirus caseload. Covid-19 has sickened more than 2.9 million Americans and killed more than 130,000 till date.

According to US Department of Commerce 2018 data, the student population contributed $45 billion to the US economy.