Home  »  Magazine  »  National  » Opinion  » Opinion »  OPINION | Not US, UK Or Europe, Why Student Traffic Will Now Shift To Locations In East Asia

OPINION | Not US, UK Or Europe, Why Student Traffic Will Now Shift To Locations In East Asia

The massive blow suffered by the global middle class in the post-pandemic economic depression, will severely shrink the movement of students to western universities, says author Saikat Majumdar 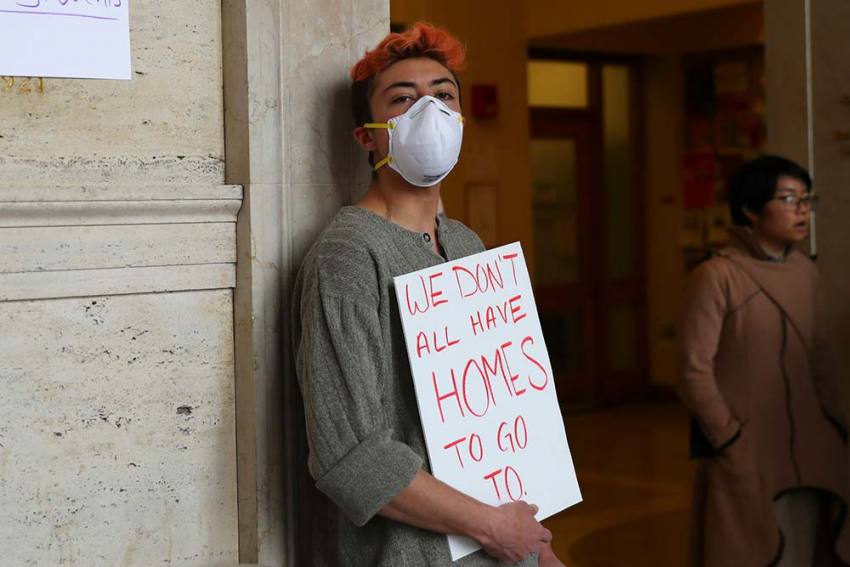 Photograph by Getty Images
Saikat Majumdar May 15, 2020 00:00 IST OPINION | Not US, UK Or Europe, Why Student Traffic Will Now Shift To Locations In East Asia 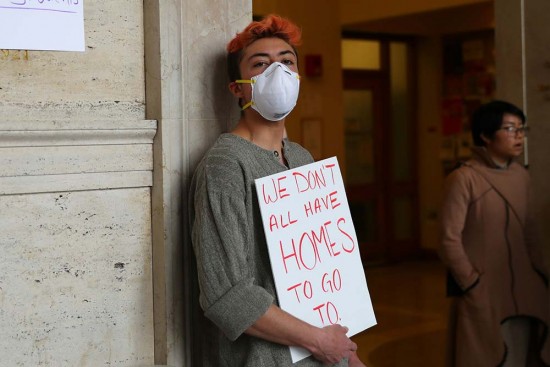 Is the dynamic of international education and student travel going to change significantly in the years to come? In fact, even before the world switched into crisis mode following the COVID-19 pandemic, there had been clear signs of shift that were about to disrupt dominant patterns of global higher education. For some, the signs were worrying; for others, it indicated good news.

An article with what now sounds like an ominous title, ‘International student mobility trends to watch in 2020’, published in U2B in January, right before the pandemic breakout, read some already-beginning shifts that indicated movement of international student focus away from traditionally attractive western destinations to locations in East Asia. A Trump-led US and a post-Brexit UK have come to shape rabid nationalist rhetoric and sharp anti-imm­igration policies that have started to discourage international students from targeting these countries as their destination for higher education in the way they did before.

Conservative governments in these countries have significantly cut higher education budgets, forcing universities to raise their tuition. This has made them less attractive for international students. Moreover, these students now face poorer prospects of recovering their debts through employment in these countries after completing their studies; nationalist policies have increasingly closed off already impoverished job markets to international candidates. Added to that has been the rise of a global middle class from Asia, and the expanding investment in higher education in China, South Korea and Singapore. All this has led to the beginning of a destination shift for international students from countries in the post-industrial West to locations in East Asia. Research by the Institute of International Education has pointed to a steep 7.1 per cent decline in international enrolment in US Business Schools between 2017-18 and 2018-19, from 196,054 to 183,170.

A large-scale impact on the Indian landscape as a whole of the potential Asian turn in student mobility is unlikely.

Education expert Rahul Choudaha sums up the patterns of 21st century global student mobility in three waves: “Wave I from 2001 to 2008 shaped by the 9/11 attacks; Wave II from 2008 to 2016 shaped by the global recession; and Wave III from 2016 onwards, influenced by the new political order of anti-immigration rhetorics, the resultant rise of Canada, Australia and Asia, as well as socio-economic shifts changing the patterns of mobility from countries like China, India, Nigeria and Vietnam.” The fourth wave, Choudaha, predicts, will be one of “digital disruption”, where technology will become the most important determinant of patterns of affordability, access and diversity in international education.

Much of this was already in the crystal ball of global higher education experts. What has the COVID-19 pandemic done to them? A March 26 article in the Times Higher Education reported a talk by Simon Marginson, director of the Centre for Global Higher Education at the University of Oxford, where he predicted that international student mobility will take at least five years to return to some semblance of normalcy. The severe economic blow suffered by the global middle class in the post-pandemic economic depression, especially in the developing nations of sub-Saharan Africa and South Asia, will severely shrink the movement of international students to western universities. 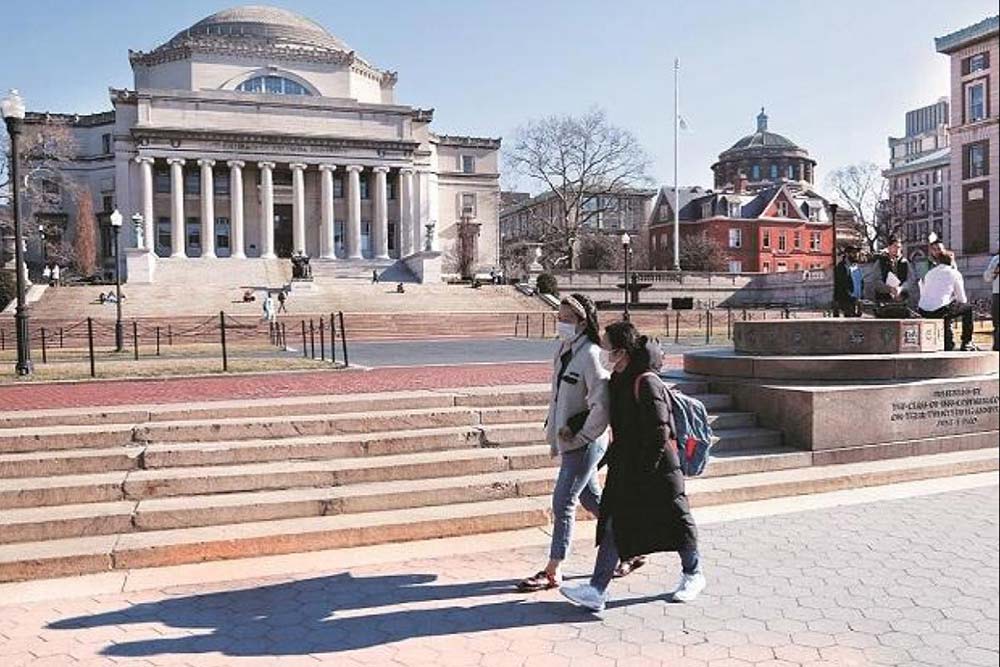 As international education becomes “a buyer’s market” where universities scramble for “scarce international students”, health security will “for a long time become a major element in the decision-making of families and students about where they go for education”.

Marginson also pointed out that East Asia was likely to recover quicker than other regions both in terms of the pandemic and in terms of resuming on-campus instruction. While this will help resume international travel for East Asian students, he said it will also lead to countries like China and South Korea becoming “larger providers of regional education than they have been”. Consequently, a significant part of the student traffic traditionally headed to North America, western Europe and the UK will shift to locations in East Asia. “That effect,” Marginson said, “is likely to be permanent.” In other words, the COVID-19 pandemic will simply accelerate and intensify to a great extent patterns of change that were already in motion in the pre-pandemic world.

What does this mean for institutes of higher education in India? As with many economic narratives, the prominence given to East Asia in this predicted trajectory of international student mobility excludes India. We know that some of this 21st-century Asian excitement over innovative, internationally oriented higher education has been a reality in India as well. It is quite likely, however, that this international enthusiasm, already disabled in a country with a far higher poverty rate than more powerful East Asian economies, is also harder to experience on a wider scale since it cannot easily enter the vast and resource-crunched system of public higher education.

Much depends on how a small but influential segment—India’s new, private universities—respond to the situation.

Outside of a handful of high-powered institutes of science and technology, it is hard to see public institutes of higher education substantially benefiting from a potential Asian turn to global student migration. A large-scale impact of that turn on the nation’s higher education landscape on the whole, in effect, remains beyond the pale of reality. It might, however, indicate a significant moment of responsibility for a small but influential segment of this landscape—the new, private universities, which were already set up as internationally oriented in the first place.

In a suggestively titled article, ‘Stay in India, Study in India: Higher Education in the Corona Era’, C. Raj Kumar and Sreeram Chaulia of O.P. Jindal Global University have drawn attention to the many serious obstacles to studying abroad to be inevitably faced by Indian students in a pandemic-altered era. These include an uncertain and insecure international environment, prohibitive cost without assurance of value, and increased restrictions on employment, immigration and now on international travel itself. The one positive outcome of all this is the unexpected opening for leading Indian higher education institutions to retain a greater share of the nation’s students and keep them rooted to their home country.

Following Marginson’s five-year projection to “normalcy”, Kumar and Chaulia identify this as “a five-year window to revolutionise India’s domestic higher education horizons”. If students choose to study in India instead of abroad, apart from addressing their immediate academic and career needs, they will “also contribute to the bigger cause of transforming India from a ‘sending market’ of students into a ‘retaining market’, and eventually even a ‘receiving market’ for foreign students”. The tragedy of the pandemic, the authors rightly say, “is a revolutionary inflection point whose ultimate winner could be Indian higher education.”

What is crucial is that the institutes of higher education that are able to meet this redirected student need look at this “revolutionary inflection point” less as a window of opportunity than as one of responsibility. That could mean much in terms of how they respond to the situation, especially as the new academic year unveils at the end of summer. What would be the structure and texture of that response? That is the question to which we would need to turn next.

(With research input by Harshita Tripathi. Views are personal)