On Saturday, a crucial meeting to decide the political future of Oli was postponed until Monday to allow more time for the top leadership to iron out their differences over his style of functioning and anti-India statements. 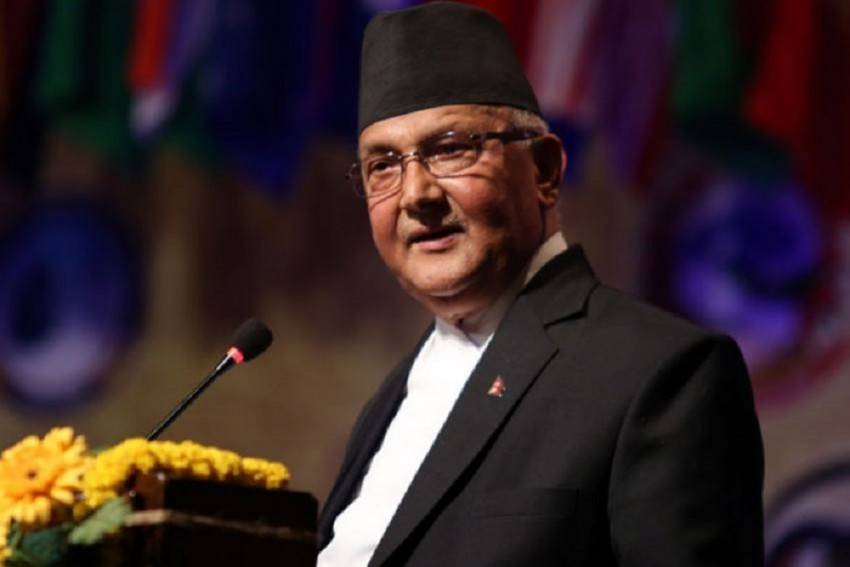 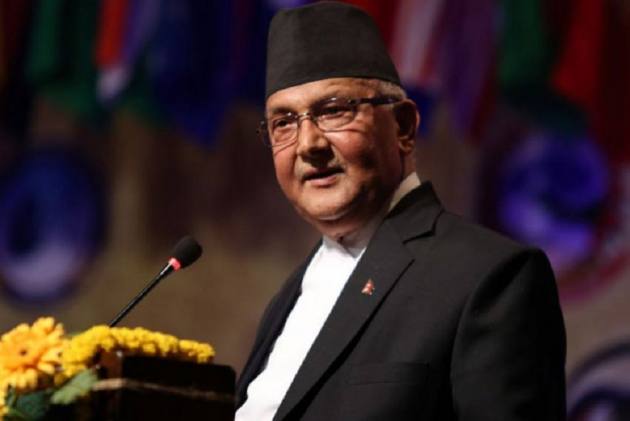 Facing growing demand for his resignation, Nepal's embattled Prime Minister K P Sharma Oli has said that the ruling communist party is facing a grave crisis, indicating that it may split soon, according to a media report on Sunday.

Oli, at an emergency meeting of the Cabinet at his official residence, told the Cabinet ministers that “some of our party members are also trying to remove President Bidya Devi Bhandari from the power,” My Republica newspaper quoted a senior leader as saying.

"Now, conspiracies are being hatched to remove me from the post of prime minister and party chairman,” the prime minister said on Saturday, adding that he will not let it happen.

The ruling party is facing a grave crisis, Oli said.

After Oli’s remarks about the conspiracy to impeach the president, three former prime ministers -- Pushpa Kamal Dahal ‘Prachanda’, Madhav Nepal and Jhanalanth Khanal -- met Bhandari and clarified that the rumour about the Nepal Communist Party (NCP) leaders trying to remove her from office were untrue, The Kathmandu Post reported.

On Saturday, a crucial meeting of the NCP’s 45-member powerful Standing Committee to decide the political future of Oli was postponed until Monday to allow more time for the top leadership to iron out their differences over his style of functioning and anti-India statements.

During the Cabinet meeting, a defiant Oli said that he will not be forced to accept the party's Standing Committee decision.

He also urged the ministers to make their position clear whether they support him or not.

"I had to make a quick decision to prorogue the budget session of Parliament last week after coming to know that some of our party members were hatching conspiracy to register an impeachment motion against the President at Parliament," Oli told the ministers.

Prior to the meeting, Oli held a one-on-one meeting with President Bhandari at her office in Maharajgunj.

Oli's statement comes at a time when the intra-party rift in the NCP is at its peak after majority of the party's Standing Committee members and Central Secretariat members demanded his immediate resignation from the post of Prime Minister and party chairman, accusing the government of failing to live up to the people's expectations.

He has accused NCP executive chairman Prachanda of non-cooperation in running the government while Prachanda is accusing Oli of imposing hegemony in the party.

Prime Minister Oli, 68, last week claimed that there have been various kinds of activities in the "embassies and hotels" to remove him from power.

He said some Nepalese leaders were also involved in the plot after his government redrew the country's political map by incorporating three strategically key Indian territories -- Lipulekh, Kalapani and Limpiyadhura.

Raising baseless accusations against India and leaders of his own party by the Prime Minister was not appropriate, a senior leader of the party quoted Prachanda as saying during the Standing Committee meeting last week.

Prachanda has time and again spoken about the lack of coordination between the government and the party and he was pressing for a one-man one position system to be followed by the NCP.

The differences between the two factions of the NCP -- one led by Oli and the other led by Prachanda -- intensified after the prime minister unilaterally decided to prorogue the budget session of Parliament last week.

In May 2018, when Oli and Dahal announced formation of the Nepal Communist Party, they had reached a gentleman’s agreement to lead the government in turn, two-and-a-half years each.

But according to the November 2019 agreement, Oli would lead the government for the full five-year term and Dahal would run the party as “executive chairman”.

Dahal has maintained that Oli failed to uphold the spirit of the November 2019 agreement, hence he should abide by the May 2018 gentleman’s agreement, making way for him to lead the government.