The rise in food prices and shortage of essential items has led to huge queues around the island. 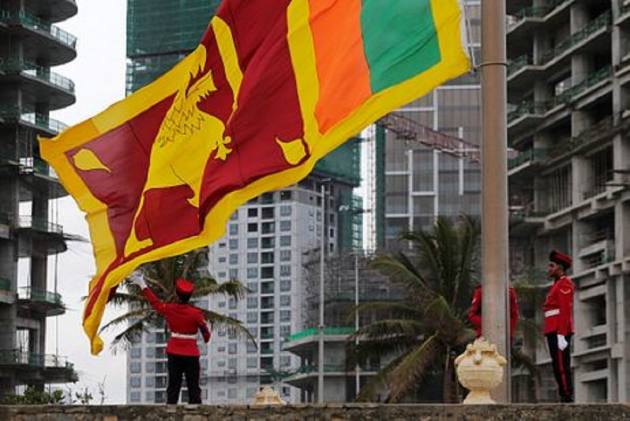 The financial crisis in Sri Lanka is one of the first major challenges faced by the ruling Rajapaksa family as traders, importers and the opposition are up in arms against the government’s mishandling of the situation.  Prices of food items like rice, sugar, potatoes, onions as well as kersone oil have skyrocketed and  are in short supply. All this is hurting the common man who had voted the Rajapaksa brothers to power hoping for a strong government to replace the squabbling opposition coalition.

President Gotabaya Rajapaksa clamped a financial emergency on the island-state on August 30 and appointed Major General Niwunhella as Commissionaire General Essential Services. His task is to make sure that hoarded food items  by private parties are seized. The emergency is to help the government  dictate retail prices and provide the public essentials at an affordable price.  The importers and business men are crying foul, but the government says the shortage of essential food items is because of hoarding by private importers.

The opposition points to the usual strong-arm tactics that the Rajapaksa brothers use to deal with any crisis. While military tactics are fine for winning a war against the LTTE a similar strategy to deal with the financial mess reeks of authoritarian bent of mind of the Rajapaksa family. The President who was earlier the defence secretary has a habit of appointing retired army generals to posts which should be handled much better by civilians.

Glimpses Through The US Troops' Afghan Exit, End Of 20-Years American War

Afghanistan A Rich-Poor Country, Thanks To Perennial Civil War

Importers are pleading with the government to lift the financial emergency to avoid a supply side shortage. But the government facing the wrath of ordinary citizens is in no mood to listen.

The rise in food prices and shortage of essential items has led to huge queues around the island. Sri Lanka imports most of its food items. With foreign exchange reserves down, the Sri Lanka rupee has rises exorbitantly against the dollar. The Sri Lankan rupee has fallen by 7.5% against the US dollar this year.

This has resulted in a major food shortage as private importers have hoarded essential commodities hoping for a windfall profit.

Long food queues outside shops selling sugar, onions, rice, potatoes as well as kerosene and petrol. The government points to the greed of profiteers for this sorry state of affairs. According to the Rajapaksa administration the crisis was triggered by private importers.

General Niwunhella have sent out officers to raid private warehouses. According to government figures as much as 13,000 tons of hoarded sugar was found stored outside Colombo. The authorities are releasing the hoarded items and releasing  them out at controlled prices to the markets.

The economic crisis leading to soaring prices of essential food items was a result of several  factors including the covid-19 pandemic which shattered the island nation’s booming tourism sector. Tourism had raked in massive dollar payments. Tourism is Sri Lanka’s  major foreign exchange earner and accounts for over 10 percent of GDP in 2019, according to the World Travel and Tourism Council. The lack of tourists led to a foreign exchange crisis, with reserves falling to just 2.8 billion at the end of July. It plummeted from a stable $7.5 billion in November 2019. The island nation’s economy has shrunk by 3.6 percent last year.

Add to this Sri Lanka’s high  debt burden as well as the current third  wave of COVID- 19 sweeping across the country. In the first phase of the pandemic, Sri Lanka fared relatively better than other countries in the region. The third wave of the pandemic is more devastating, with a country-wide lockdown clamped  since August 20 to stop the spread. That has now been extended to September 18, according to reports from Colombo. As of now 9,600 people have died due to the pandemic. The lockdown has hit the economy across the island, much as it had done across the world.

President Gotabaya’s decision earlier this year to ban use of chemical fertilisers for agriculture and become the first country in the world to go entirely organic has led to teething problems. This has affected production of staples like rice. It is also likely to affect Sri Lanka’s tea production.

Overall, the island’s economy is in deep trouble, thanks to the mega Chinese projects that the current prime minister Mahindra Rajapaksa first brought in.  Sri Lanka had borrowed billions from China for these massive projects. Unable to pay back huge loans  taken from China for the Humbantota port had to be handed over to a Chinese company on a 99 -year lease.