In October last year, Trump described India as a "tariff king" as he reiterated his allegations that New Delhi has a high tariff rate on various American products. 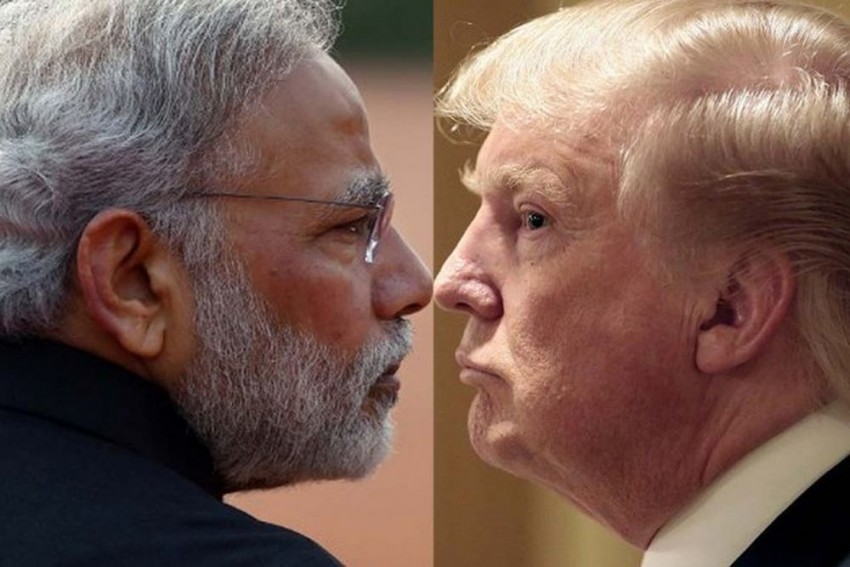 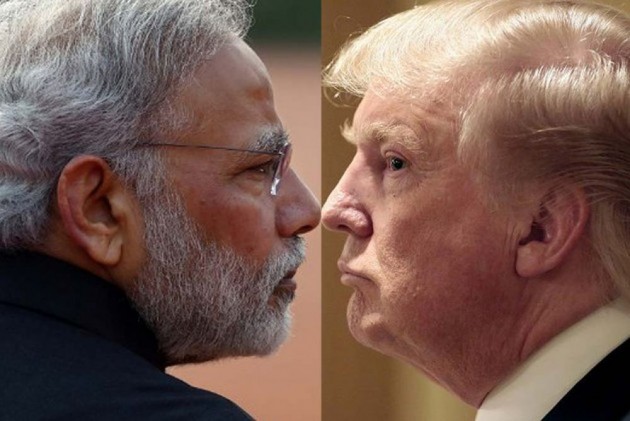 According to a latest US Congressional report, the proposed retaliatory tariffs by India against US agricultural products including apples, almonds and lentils will have an adverse impact on American exports worth nearly USD 900 million.

India last year announced higher import duties on many US products like apples, almonds, walnuts, chickpeas and lentils in retaliation to President Donald Trump's decision to impose heavy tariffs on imported steel and aluminium items, a move that sparked fears of a global trade war.

However, India is the only major country which has been continuously postponing the implementation of the retaliatory tariffs despite announcing it more than six months ago.

In October last year, Trump described India as a "tariff king" as he reiterated his allegations that New Delhi has a high tariff rate on various American products.

India's proposed retaliatory tariffs is far less than that by China on more than 800 American agricultural products which accounted for approximately USD 20.6 billion in exports to the US in 2017.

China is followed by Canada (USD 2.6 billion), Mexico (USD 2.5 billion), the European Union (EU) (USD 1 billion) and Turkey (USD 250 million) in slapping retaliatory tariffs on the agricultural products from the US.

Countries have imposed tariffs on American agricultural products to retaliate against actions the Trump administration took in Marh, 2018 to protect US steel and aluminum producers and in response to Chinese intellectual property rights and technology policies.

Since then, over 800 US food and agricultural products have been subject to retaliatory tariffs from China, the EU, Turkey, Canada and Mexico, the bipartisan Congressional Research Service (CRS) said in its report 'Profiles and Effects of Retaliatory Tariffs on US Agricultural Exports'.

The CRS, an independent research wing of Congress, regularly prepares reports on various issues for the lawmakers to take informed decisions.

US exports of those products to the retaliating countries totaled USD 26.9 billion in 2017, according to the United States Department of Agriculture (USDA) export data.

"Canada, China, Mexico, the EU and Turkey retaliated with tariffs on imports of US agricultural and food products and other goods.

"India has proposed retaliatory tariffs on US apples, almonds, walnuts, chickpeas and lentils, but it has delayed implementation pending ongoing negotiations with the Trump administration," said the CRS.

Reports of CRS are prepared by independent experts for the lawmakers to make informed decisions and are not an official position of the US Congress.

In its report dated December 31, the CRS sad in response to the tariffs the Trump administration levied on US imports of steel and aluminum from India earlier this year, India has threatened to impose retaliatory tariffs on a handful of US agricultural and food products. The date for imposing these tariffs has been pushed back several times, and they are currently set to become effective on January 31, 2019.

"US exports of the targeted products were valued at USD 857 million in 2017, comprising 54 per cent of the USD 1.8 billion of total US agricultural exports to India. US almond growers, in particular, could feel the effects of India's threatened tariffs should they enter into force," said the CRS, a copy of which was obtained by PTI.

India ranked third as a destination for US apple exports in 2017, purchasing USD 97 million of US apples, or 10 per cent of the total exports.

The Trump administration has taken measures to ease the downside effects of the retaliatory tariffs on farmers and ranchers through a USD 12 billion trade aid package.

Under the initiative, USDA has committed to making direct payments to farmers of selected commodities subject to the tariffs, as well as buying up surplus quantities of some commodities and providing funding for additional trade promotion efforts.