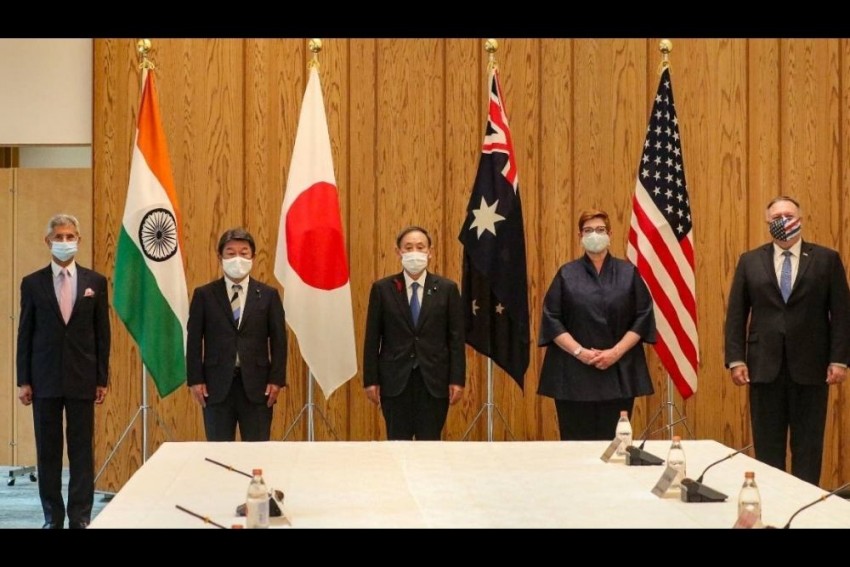 The third meeting of foreign ministers of the quad group – India, US, Japan and Australia- was held on Thursday in the virtual format.
Twitter
Seema Guha 2021-02-18T23:04:48+05:30 Quad Meet Shows Biden Won't Dilute US Stand On China 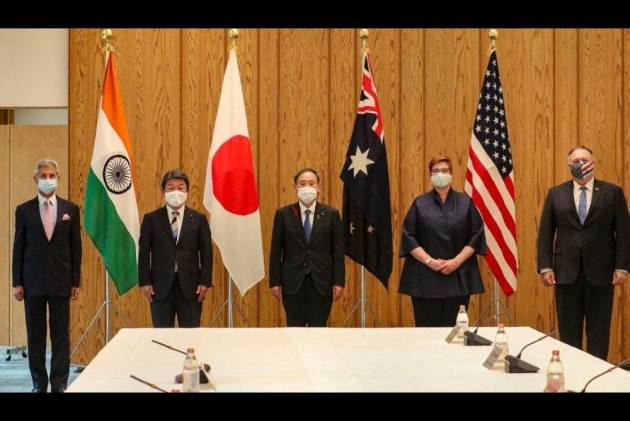 The third meeting of foreign ministers of the quad group – India, US, Japan and Australia – was held on Thursday in the virtual format.

It assumes significance as it is the first such meeting held since the change of administration in Washington. The fact that the Quad meeting took place not even a month since Joe Biden office is an indication of how seriously the Biden White House takes the quadrilateral arrangement aimed at checkmating China’s aggressive moves in the Indo-Pacific region.

The last meeting of the quad foreign ministers was held in Tokyo last October. All four foreign ministers travelled to Japan in the middle of a raging pandemic for the meet. In typical Donald Trump administration style, the former US Secretary of State Mike Pompeo called out China in his opening statement. His successor Antony Blinken is unlikely to have done so, though the opening remarks of the four participants have not yet been released.

But the statement issued by the MEA, hours after the quad meet, naturally did not name China, but pretty much followed a similar direction. “The ministers emphasized their commitment to upholding a rules-based international order, underpinned by respect for territorial integrity and sovereignty, rule of law, transparency, freedom of navigation in the international seas and peaceful resolution of disputes.”

There was some concern when Joe Biden first took over that the new administration may dilute Donald Trump’s virulent anti-China policy. While neither President Joe Biden nor his new US Secretary of State Antony Blinken would replicate the Trump-Pompeo rhetoric against China, the general direction will be the same. And Biden can also do some tough talking as was evident from the read out of his telephone conversation with President Xi Jinping. He spoke about China’s treatment of the Muslim Uighurs in its restive Xinjiang autonomous region, of the Tibetans as well as the handling of protestors in Hong Kong (he spoke of his conversation with the Chinese President during a town hall appearance for CNN in Milwaukee on February 16).

Though Donald Trump has been thrashed for many of the decisions he took as President, his China policy has been praised by all. He was the first US leader in recent times to take on China publicly and accuse it of stealing US data, indulging in unfair trade practices, besides flexing its military muscle across Asia. Biden and Blinken are unlikely to make any drastic change in the US policy towards China, as the American establishment realises that the challenge to US supremacy in future will come not from Russia but China. So the Quad will remain in place and may in future even become a military alliance. But so far there is no move in that direction. Yet Europe is well aware now of the dangers posed by China. France had recently sent a nuclear-powered vessel to the South China Sea. The UK as well as Canada are said to be interested in joining the quad group.

The foreign ministers today highlighted their shared values as political democracies (as opposed to Communist one-party rule of the Chinese Communist Party), pluralistic societies and market economies, nations which played by the rules of the WTO and other international agencies.
“They recognized that the changes under way in the world make a strong case for their countries working closely together. It was important for the international community that the direction of changes remains positive and beneficial to all,’’ the MEA statement said. The call for an “inclusive Indo-Pacific region, with clear support for ASEAN cohesion and centrality,” was very much in keeping with previous statements made by the quad group.
However, the ASEAN itself is divided on China. Cambodia is a close ally of China and unlikely to turn away from Beijing in the near future. All ASEAN nations do roaring business with China. Myanmar’s military junta depends on China to counter Western sanctions.
The ministers discussed ongoing efforts to combat the Covid-19 pandemic, including vaccination programmes. They expressed their commitment to cooperate in addressing this challenge, enhancing access to affordable vaccines, medicines and medical equipment. India’s efforts at providing vaccines to 74 countries was recognized and appreciated.

The arrest and detention of Aung San Suu Kyi and other democratic leaders by the military also came up for discussion. “In the discussion pertaining to recent developments in Myanmar, the upholding of rule of law and the democratic transition was reiterated by India. Noting that regular Quad consultations hold value, the ministers agreed to continue these useful discussions,’’ the MEA release noted.

On Myanmar, India’s views will differ from the other three quad countries. Delhi while batting for democracy is unlikely to stop its engagement with the military junta, knowing full well that any vacuum left by India will benefit China. That country has already spread its wings across Myanmar and recently blocked a UNSC statement which was to be released against the military takeover, after discussion on recent events in Myanmar by the P-5 (US, UK, China, Russia and France).
The ministers exchanged views on the pandemic, climate change and furthering cooperation in areas such as maritime security, supply chain resilience and counter-terrorism.

The US read out of the quad meeting noted: “Secretary of State Antony J. Blinken spoke today with Australian Foreign Minister Marise Payne, Indian Minister of External Affairs Dr. S. Jaishankar, and Japanese Foreign Minister Toshimitsu Motegi. The Ministers discussed Quadrilateral (“Quad”) cooperation on Covid-19 response and recovery and climate change and committed to working together to address these global challenges. The Ministers also discussed countering disinformation, counterterrorism, maritime security, the urgent need to restore the democratically elected government in Burma, and the priority of strengthening democratic resilience in the broader region. The participants reaffirmed their mutual support for ASEAN centrality. They reiterated their commitment to the Quad meeting at least annually at the Ministerial level and on a regular basis at senior and working levels to strengthen cooperation on advancing a free and open Indo-Pacific region, including support for freedom of navigation and territorial integrity.”

'Next Time There Will Be No Mistake': Taliban Militant Threatens Malala Yousafzai