The blast took place at a police picket outside Saeed's house at the BOR Society in Johar Town around 11am. 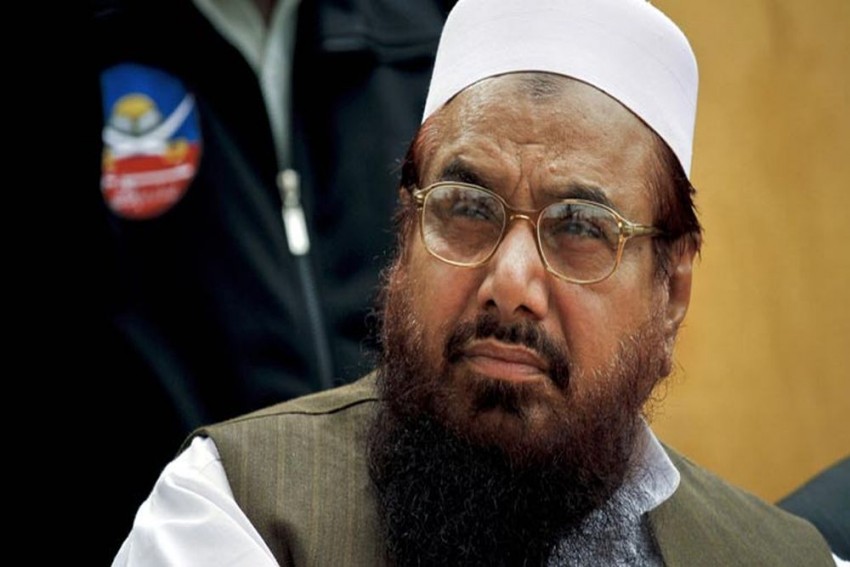 A powerful car bomb exploded outside the residence of the 2008 Mumbai terror attack mastermind and chief of the banned Jamat-ud-Dawa (JuD) Hafiz Saeed in the provincial capital of Punjab on Wednesday, killing at least three people and injuring 21 others.

Inspector General of Police (Punjab) Inam Ghani said there could have been a "major loss" had there been no police picket outside the house of a "high value target", referring to Saeed.

"There is a police picket near the house of a high value target, which is why the vehicle could not have gone near the house," Ghani was quoted as saying by Geo News.

The blast took place at a police picket outside Saeed's house at the BOR Society in Johar Town around 11am, resulting in serious injuries to some police officers guarding his house. The windows and walls of Saeed's house were damaged from the impact of the blast, Dawn News reported.

The 71-year-old radical cleric has been serving a jail sentence at the high-security Kot Lakhpat Jail in Lahore for his conviction in terror financing cases.

Ghani said at least three people were killed and 21 others injured in the bomb blast.

Some of the injured, including children, are in critical condition, The Express Tribune quoted a hospital spokesman as saying.

No group has claimed responsibility for the blast, which used a vehicle-borne improvised explosive device.

"Explosive material was installed in the car. There was a police picket outside the high-value target's house. The car could not cross the police picket," Ghani said, describing it as a "terror" act.

A car parked close to a house exploded, setting ablaze nearby cars and motorcycles, a witness, Fahim Ahmad, told reporters at the scene.

The Counter Terrorism Department (CTD) has taken over the blast site and investigating from all aspects, he said.

Ghani also claimed that "hostile" intelligence agencies could be involved in the blast.

He urged citizens and the media to not "speculate", adding that officials received hundreds of threat alerts every year.

"Even right now we have about 65 threat alerts," he said, noting that there was an "external element" involved in most terrorist attacks.

"These attacks are usually carried out by countries that want to harm Pakistan and its progress," he claimed.

According to an initial report prepared by investigative agencies, more than 30 kgs of explosives were used in the blast, Geo TV reported.

The initial report also said that "foreign-made materials" were used in the blast. It said the material had been planted onto a car and the device was detonated remotely, the channel reported, citing sources.

A 3 feet deep and 8 feet wide crater has been formed at the site of the blast, the report said, adding that the blast caused damage within a 100-square feet radius.

Citing witnesses, it said the windows of nearby houses and buildings were shattered in the explosion. The sound of the blast was so loud that it was heard faraway.

A roof of a house caved in because of the impact of the blast, says Rescue 1122. Several cars parked close to the buildings were also damaged.

The injured people have been shifted to the Jinnah Hospital where the condition of six of them is said to be critical.