Meanwhile, President Donald Trump insisted the United States had not abandoned its Kurdish allies who were a crucial ally against IS. 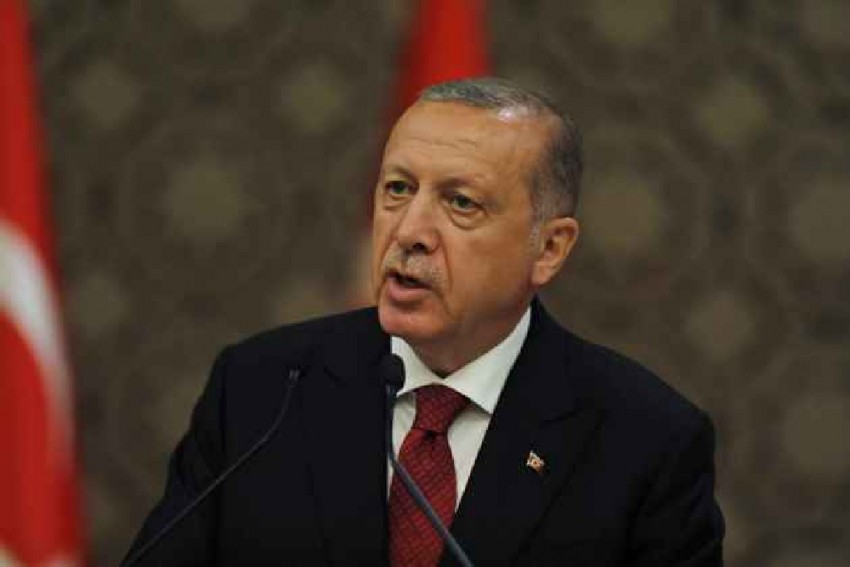 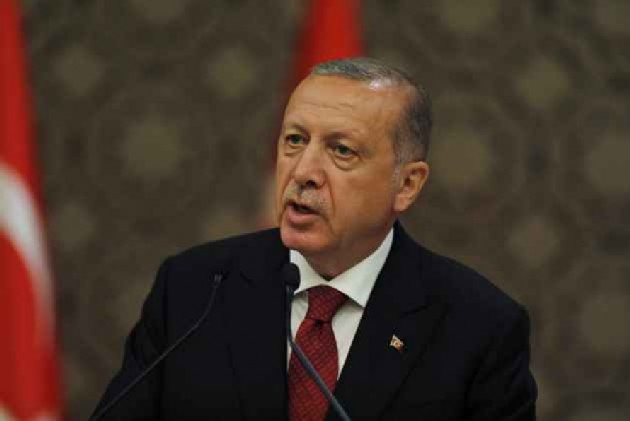 Turkey launched an assault on Kurdish positions in northern Syria on Wednesday with airstrikes and explosions reported near the border.

Moments later, a cloud of white smoke rose over the Ras al-Ain border area, an AFP correspondent said, adding that warplanes could be seen flying overhead.

"Our mission is to prevent the creation of a terror corridor across our southern border, and to bring peace to the area," Erdogan wrote, adding that the operation would target Kurdish militants and the Islamic State group (IS).

The Syrian Observatory for Human Rights, a Britain-based war monitor, reported that Turkish airstrikes had hit the Ras al-Ain area.

Syria's Kurds called up civilians on Wednesday to defend against the assault, while President Donald Trump insisted the United States had not abandoned its Kurdish allies who were a crucial ally against IS.

Trump was widely seen as giving a green light at the weekend, ordering the pullback of US troops from the Turkey-Syrian border which had served as a buffer.

Russian President Vladimir Putin urged Erdogan to "think carefully" before any offensive in a phone call.

But Ankara says the assault is necessary to curb the power of the Kurdish-led Syrian Democratic Forces (SDF) due to their ties with Kurdish insurgents inside Turkey.
Turkey also wants a "safe zone" on the Syrian side of the border where it could send back some of the 3.6 million refugees it hosts from the eight-year civil war.

Kurds have been girding for combat as Turkey sent a large convoy of troops and vehicles to the border area overnight.

"We announce three days of general mobilisation in northern and eastern Syria," Kurdish authorities in northern Syria said, urging all civilians to "head to the border with Turkey... to resist during this delicate historical moment".

They said they would hold their erstwhile US ally and the whole international community responsible for any "humanitarian catastrophe" that unfolds.

The Kurds say Ankara's real goal is to dilute their demographic dominance of the northeast with an influx of mostly Sunni Arab refugees from other parts of the country now living in southwestern Turkey.

Ras al-Ain was one of the places from which US troops withdrew on Monday.
Kurdish authorities in the town called for protesters to gather at the border later on Wednesday and hoisted flags on tents.

"We will not leave this land," said Kawa Sleem, a 32-year-old Ras al-Ain resident.
"War has been chasing us for years, and everyday Erdogan threatens us with a new attack," he added, pledging to defend the area with "all means available." Ras al-Ain is one of the first areas on which Ankara's planned offensive is expected to focus. Like Tal Abyad, further west, its population is mainly Arab.

Kurdish forces have dug trenches and tunnels in both areas, covering streets with metal canopies to block the cameras of Turkish drones.

The Kurdish-led SDF took heavy losses in the US-backed campaign against the Islamic State group in Syria which they led to its successful conclusion in March.
Trump has faced a barrage of criticism, including from close allies in Washington, for appearing to leave US allies to their fate.

Senior Republican senator Lindsey Graham addressed a tweet to the Turkish government saying, "You do not have a green light to enter into northern Syria.
"There is massive bipartisan opposition in Congress, which you should see as a red line you should not cross." There has also been a chorus of international concern, including from US allies.

Russian Foreign Minister Sergei Lavrov said that Iraqi Kurdish leaders he met earlier this week had voiced deep concern about the risks of the mixed signals from Trump.

"They are extremely alarmed that such a lightweight treatment of this extremely delicate subject could ignite the entire region," Lavrov said.

Since 2015, Russia has been the main military backer of the Syrian government, which has seized on the policy shift from Trump to try to persuade the Kurds to accept the restoration of central government control.

The Kurds called on Moscow on Wednesday to facilitate dialogue with Damascus.
They have warned that a Turkish offensive would reverse the military gains achieved against IS and allow the jihadist group's surviving leaders to come out of hiding.

While a Kurdish-led operation earlier this year saw the end of IS's territorial caliphate, the organisation is not dead and sleeper cells have been active in several parts of Syria and Iraq.

IS claimed an overnight suicide attack by two of its fighters in its former Syria stronghold of Raqa.

Turkey said it would not allow a resurgence of IS, but called on European countries to repatriate jihadist prisoners being held in Kurdish detention centres.