Kim said the "newly developed" system was a "great weapon," and expressed "high appreciation" for the scientists who had designed and built it, the country's official Korean Central News Agency said. 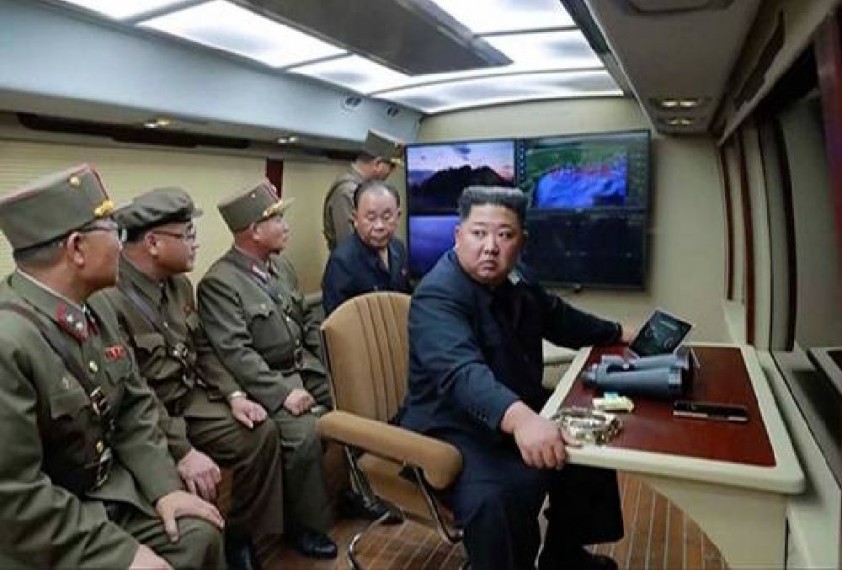 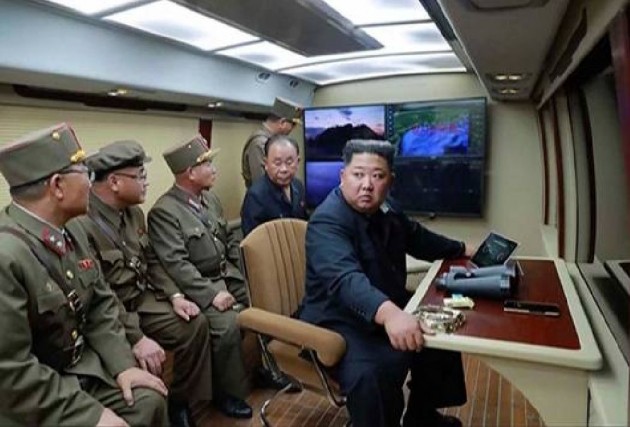 South Korea's military had said the North launched what appeared to be two short-range ballistic missiles on Saturday, but the North's state media said a "super-large multiple rocket launcher" had been tested.

It was the latest in a series of launches the nuclear-armed North has conducted in recent weeks in protest at US-South Korean joint military exercises, which wrapped up nearly a week ago.

Kim said the "newly developed" system was a "great weapon," and expressed "high appreciation" for the scientists who had designed and built it, the country's official Korean Central News Agency said.

"The test-fire proved that all the tactical and technological specifications of the system correctly reached the preset indexes," the report said.

Kim has reportedly observed at least two other tests of "new" weapons this month alone, though the nature and technical specifications of those weapons remain a mystery.

"NSC members agreed to continue diplomatic efforts with the international community to bring the North back to the negotiation table with the US to achieve the goal of complete denuclearisation in the Korean peninsula," the government said in a statement.

But launching those talks anytime soon looks to be a fading possibility.

Negotiations between Pyongyang and Washington have been gridlocked since a second summit between Kim and US President Donald Trump in Hanoi in February collapsed without an agreement over the extent of denuclearisation in the North and sanctions relief.

Trump and Kim agreed to kick start working-level talks during an impromptu meeting at the Demilitarised Zone dividing North and South Korea on June 30, but negotiations did not materialise.

Last week, Stephen Biegun, the US special envoy for North Korea, said during a visit to Seoul that Washington was "prepared to engage" as soon as it hears from Pyongyang.

But then on Friday, North Korea lashed out at US Secretary of State Mike Pompeo, calling him a "diehard toxin" and saying it was "sceptical" whether it can negotiate with him.

Washington stations nearly 30,000 troops in the South. "We are ready for both dialogue and stand-off," North Korea's foreign minister Ri Yong Ho said in a statement.