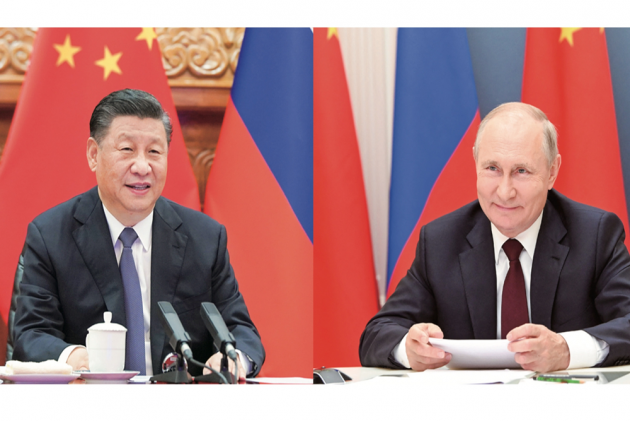 Chinese President Xi Jinping told his Russian counterpart Vladimir Putin on Wednesday that Beijing stands ready to strengthen communication with Moscow and the broader international community on the Afghan issue and called for inclusive government in Kabul which "thoroughly dissociate" itself from all terrorist groups.

He also called for concerted efforts to encourage all factions in Afghanistan to build an open and inclusive political structure through consultation, implement moderate and prudent domestic and foreign policies, thoroughly dissociate from all terrorist groups, and maintain friendly relations with the rest of the world, especially neighbouring countries.

Pockets Of Resistance Against Taliban Flare On Afghan Independence Day

Afghanistan: What Taliban Takeover Means For The Region

On his part, Putin said that the current changes in the Afghan situation showed that outside forces' forcibly promoting its political models did not work in some countries and will only bring destruction and disaster to these countries. Russia and China share similar stances and interests on the Afghan issue, state-run Global Times reported.

Russia is willing to closely communicate with China and actively participate in a multilateral mechanism on the Afghan issue to promote a peaceful transition, crackdown on terrorism, cut off drug smuggling, prevent the spillover of security risks from Afghanistan, resist interference and destruction from outside forces and safeguard regional stability, Putin said.

Xi's telephonic conversation with Putin came after China held its first dialogue with the Taliban in Kabul where Chinese Ambassador to Afghanistan Wang Yu held talks with the deputy head of the Taliban's political office Abdul Salam Hanafi.

Yang Jiechi, a member of the Political Bureau of the ruling Communist Party of China (CPC) and Director of the Office of the Central Commission for Foreign Affairs, earlier stressed that a political settlement on the Afghan issue is the only way out.

Speaking via video link at the 11th BRICS Meeting of National Security Advisors on Tuesday held by National Security Advisor Ajit Doval, Yang said the international community should respect the will and choice of the Afghan people and encourage Afghanistan to build a broad and inclusive political structure that suits its national conditions, according to the official media.

Efforts must be made to fight terrorism in all forms, and Afghanistan must never again become a gathering place for terrorist and extremist forces, he noted.

To restore peace, stability and order in Afghanistan at an early date, China and Russia can play a big role after the hasty and irresponsible withdrawal of the US, Yang said.

Meanwhile, Foreign Ministry spokesman Wang Wenbin told a media briefing here on Wednesday that China and the Afghan Taliban have "smooth and effective communication and consultation."

He was asked about the talks between Hanafi and Chinese Ambassador Wang in Kabul.

The Taliban seized power in Afghanistan on August 15, two weeks before the US was set to complete its troop withdrawal after a costly two-decade war.

"Kabul is naturally an important platform and channel for the two sides to discuss various important matters," the spokesman said, without disclosing the details.

Baradar reportedly assured Chinese Foreign Minister Wang Yi that the Taliban will not permit the ETIM from operating from Afghanistan and called for Chinese investments in the war-torn country.