Kami, who conquered Everest 23rd time on May 15, scaled the 8,848-metre peak along with the 11-member Indian team, becoming the only mountaineer in the world to hold the record for most Everest summits. 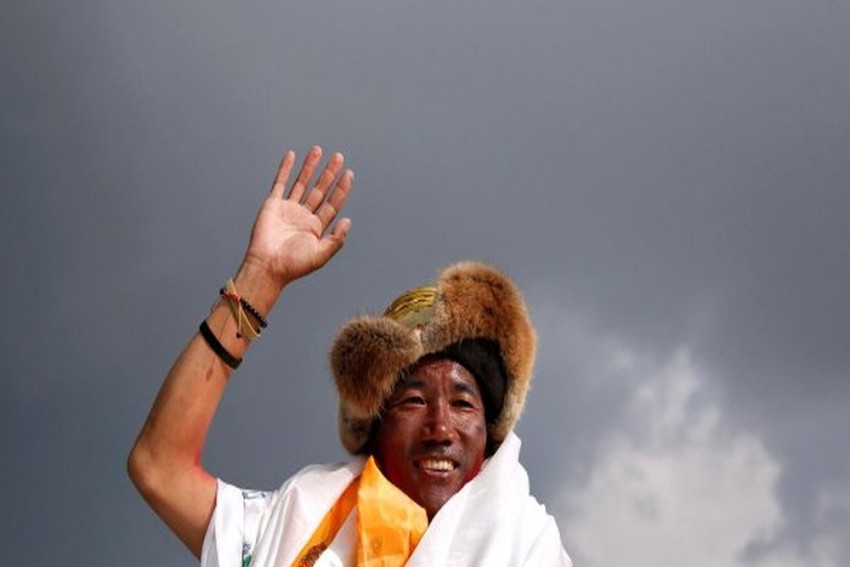 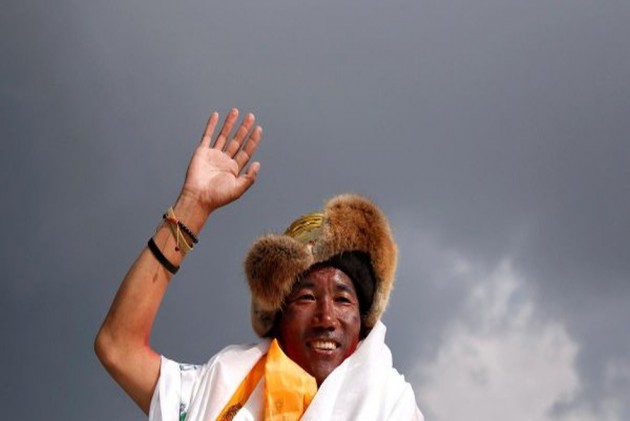 Kami Rita Sherpa, the 50-year-old veteran Nepali mountaineer, scaled Mount Everest for the 24th time on Tuesday, as he guided an Indian police team atop the world's highest peak, breaking his own record for the most Everest ascents within a week.

Kami, who conquered Everest 23rd time on May 15, scaled the 8,848-metre peak along with the 11-member Indian team, becoming the only mountaineer in the world to hold the record for most Everest summits.

According to Mingma Sherpa, Company Chairman at Seven Summit Treks, the Nepali veteran from Thame village of Solukhumbu district, successfully climbed Mount Everest at 6:38 am from Nepal side.

"Kami Rita along with the Indian Police team from the Seven Summit Treks expedition has stood atop the roof of the world," Mingma said.

Kami reached the top of Mount Everest guiding an Indian team, which included two police officers from Jammu and Kashmir.

Constables Nazir Ahmed, and Falail Singh were part of the All India Police Sports Control Board team that scaled Everest.

He started his summit push from Camp IV on Monday night, and reached the summit point on Tuesday morning, said Gyanendra Shrestha, a liaison officer at the base camp.

Kami has already climbed most of the peaks above 8,000 meters, including K2, Cho-Oyu, Lhoste, and Annapurna among others.

The climbers have now been descending to the lower camps safely, Mingma said, adding that Kami wanted to climb Mount Everest for at least 25 times.

Kami has been climbing Mount Everest since 1994. He could not climb the Everest in 1995 after his client got sick on the way to summit. In 1995, he abandoned the summit bid after the deadliest avalanche killed expedition teams.

Nepal opened the climbing route to the world's highest peak on May 14, when a team of eight Sherpas successfully scaled the Mount Everest, becoming the first team to reach the summit.

Hundreds of climbers flock each year to Nepal, home to several of the world's highest mountains, to scale Himalayan peaks during the spring season, which begins around March and ends in June.

According to Nepal Department of Tourism, more than 4,400 people have scaled the summit since Edmund Hilary and Sherpa Tenzing Norgay first conquered the mountain in 1953.