Myanmar Protesters Injured As Police Escalate Use Of Force 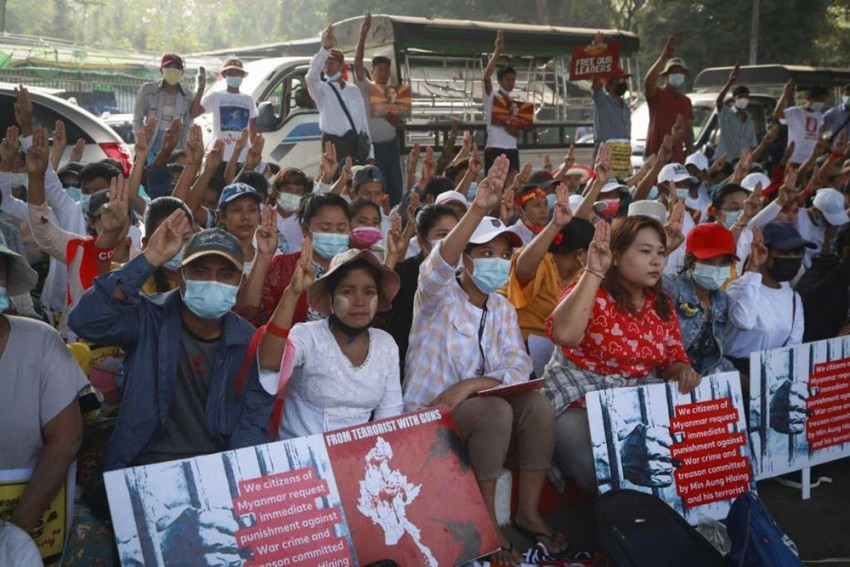 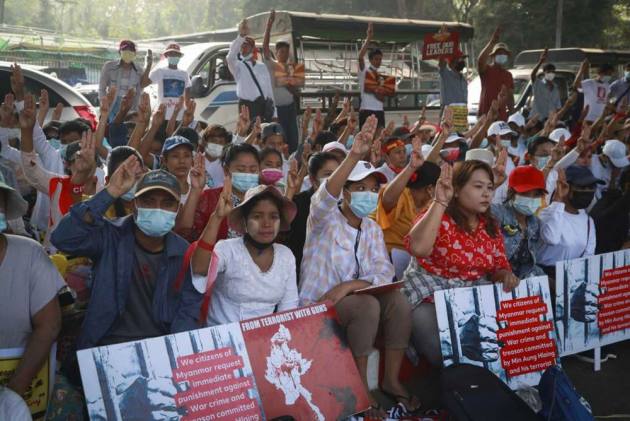 Myanmar security forces cracked down on anti-coup protesters in the country's second-largest city on Friday, injuring at least three people, two of whom were shot in the chest by rubber bullets and another who suffered a wound on his leg.

Protesters had gathered on a wide road outside a park in Mandalay in the early afternoon when security forces arrived and began firing what sounded like gunshots and using flash bang grenades to disperse the crowd.

The victims were all taken to a private clinic for treatment. One of the men who was shot in the chest with a rubber bullet also had a white bandage wrapped around his head. The man with an injured leg was later photographed in a cast that stretched from his foot to his knee.

The confrontations underscore the rising tensions between a growing popular revolt and the generals who toppled the elected government of Aung San Suu Kyi in a February 1 takeover that shocked the international community and reversed years of slow progress toward democracy.

Also Friday, a Japanese journalist covering a separate protest in Yangon, the country's largest city, was detained by police and later released, according to Japan's Kyodo news agency. Yuki Kitazumi could be seen in a video circulating among media as police seized him, with one of the officers briefly putting a truncheon around the journalist's neck.

Earlier in the day, security forces in Yangon fired warning shots and beat truncheons against their shields while moving to disperse more than 1,000 anti-coup protesters.

The demonstrators had gathered in front of a popular shopping mall, holding placards and chanting slogans denouncing the Feb. 1 coup even as the security presence increased and a water-cannon truck was brought to the area.

When around 50 riot police moved against the protesters, warning shots could be heard, and at least one demonstrator was held by officers. Security forces chased the protesters off the main road and continued to pursue them in the nearby lanes, as some ducked into houses to hide.

On Thursday, supporters of Myanmar's junta attacked people protesting the military government, using slingshots, iron rods and knives to injure several of them. Photos and videos posted on social media showed groups attacking people in downtown Yangon as police stood by without intervening.

The violence erupted as hundreds marched in support of the coup. They carried banners in English with the slogans “We Stand With Our Defence Services” and “We Stand With State Administration Council,” which is the official name of the junta.

Late Thursday, police turned out in force in Yangon's Tarmwe neighborhood where they tried to clear the streets of residents protesting the military's appointment of a new administrator for one ward. Several arrests were made as people scattered in front of riot police who used flash bang grenades to disperse the crowd.

No pro-military rally appeared to be scheduled for Friday.

Suu Kyi has not been seen since the coup. Around 50 of her supporters held a prayer Friday opposite her home in Yangon. The mansion is where she spent many years under house arrest during previous military governments, and the residence has long had iconic status among her supporters.

“Because of the situation, on this day of the full moon we are sending love to, and reciting Buddha's teachings for Mother Suu, President U Win Myint and all those unlawfully detained,” said Hmuu Sitt yan Naing, who joined the prayer group.

It is believed Suu Kyi is currently being detained in the capital Naypyitaw. She is due to face a court on Monday on charges brought against her by the military junta. The charges are widely seen as politically motivated.