The Justice Department unveiled 17 new charges against Assange, accusing him of aiding and abetting Chelsea Manning with stealing secret US files, and also recklessly exposing and endangering confidential sources in the Middle East and China, who were named in the files. 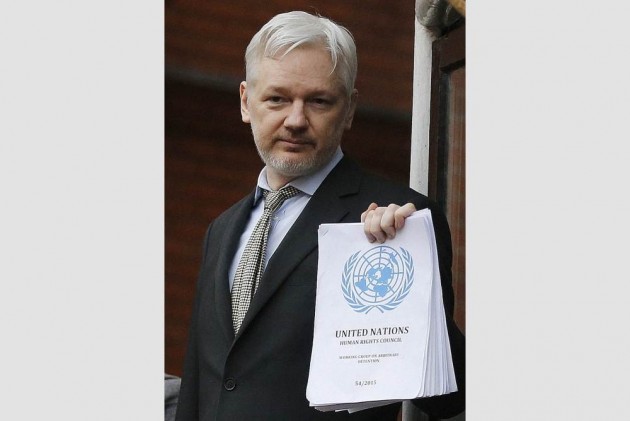 The Justice Department on Thursday charged WikiLeaks founder, Julian Assange with violating the US Espionage Act in the publishing of military and diplomatic files in 2010, rejecting his claim that he is a journalist.

The department unveiled 17 new charges against Assange, accusing him of aiding and abetting Chelsea Manning with stealing secret US files, and also recklessly exposing and endangering confidential sources in the Middle East and China, who were named in the files.

The charges against Assange, now 18 in total, reject his claim that he was simply a publisher receiving leaked material from Manning, an action that is protected under the US Constitution's First Amendment guaranteeing freedom of the press.

A new indictment alleges, that Assange conspired with Manning to steal the hundreds of thousands of classified files "with reason to believe that the information was to be used to the injury of the United States or the advantage of a foreign nation," the Justice Department said.

It also said, that Assange rejected the US State Department's warning in 2010 to redact the names of its and the US military's confidential sources in Afghanistan, Syria, Iraq, Iran and China, sources it said included journalists, religious leaders, human rights advocates, and political dissidents.

Assange, 47, who was arrested last month in London and is fighting extradition to the United States, faces a maximum of five years in prison under that conspiracy charge. Each alleged violation of the Espionage Act carries a potential 10-year prison sentence, reported Washington Post.

"Assange's actions risked serious harm to United States national security to the benefit of our adversaries and put the unredacted named human sources at a grave and imminent risk of serious physical harm and/or arbitrary detention," the department said.

"But Julian Assange is no journalist," he said.

"Indeed, no responsible act of journalism would purposely publish the names of individuals he or she knew to be confidential sources in war zones, exposing them to the gravest of dangers," he added.

Assange is in prison in Britain for jumping bail and faces a US extradition request when he is released 11 months from now.

"This is madness. It is the end of national security journalism and the first amendment," the group tweeted.