Joe Biden leads Trump by nearly 6,000 votes in Pennsylvania and just over 1,000 in Georgia. 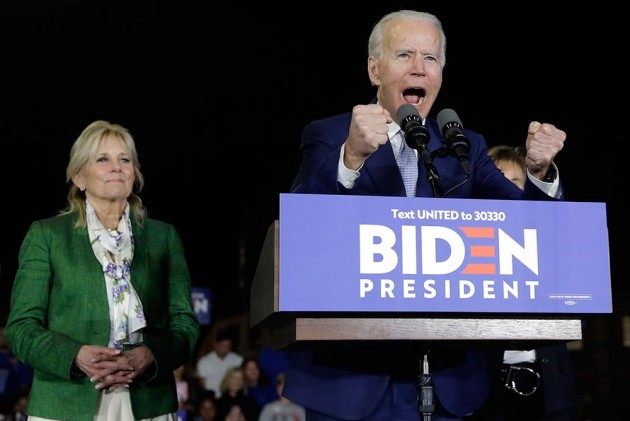 Democrat Joe Biden overtook President Donald Trump in the vote count in Pennsylvania and Georgia Friday morning, closing in on a presidency that hinges on the outcome of tight contests in key battleground states. A victory in Pennsylvania will push votes in favour of Biden past the threshold of electoral votes required to win the White House.

Both races remained too early to call with votes still being counted. Neither candidate has reached the 270 Electoral College votes needed to win the White House, though Biden has the advantage after eclipsing Trump in Wisconsin and Michigan, two crucial Midwestern battleground states. Biden leads Trump by nearly 6,000 votes in Pennsylvania and just over 1,000 in Georgia. The officials in Georgia have declared "there will be a recount" of votes.

It could take several more days for the vote count to conclude in some states, allowing a clear winner to emerge. With millions of ballots yet to be tabulated, Biden has already received more than 73 million votes nationally, the most in history

As Americans entered the third full day after the election without knowing who won the race, anxiety about the outcome was building. With his pathway to reelection appearing to narrow, Trump was testing how far he could go in using the trappings of presidential power to undermine confidence in the vote.

On Thursday, he advanced unsupported accusations of voter fraud to falsely argue that his rival was trying to seize power in an extraordinary effort by a sitting American president to sow doubt about the democratic process.

Biden spent Thursday trying to ease tensions and project a more traditional image of presidential leadership. After participating in a coronavirus briefing, he declared that “each ballot must be counted.”