Iran’s foreign minister in his speech for the 75th anniversary of the United Nations said, “It's time to change tack -- saving American blood and treasure and sparing the world from further misery.” 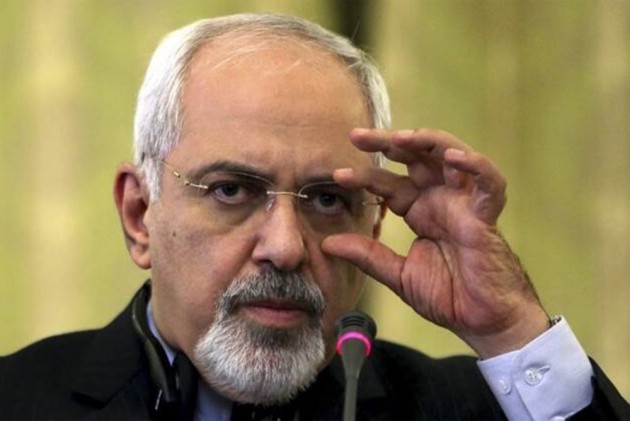 Iran's foreign minister used his speech for the 75th anniversary of the United Nations to accuse the United States of initiating or joining eight wars since 2000 that displaced 37 million people and resulted in the loss of hundreds of thousands of innocent lives and “unprecedented extremism.”

Mohammad Javad Zarif said in a virtual speech to the UN General Assembly that it was time for the 193-member world body “to recommit itself to stand up -- united -- against unilateralism and war” promoted by the United States.

Zarif's speech had scheduled to be broadcast on Sept. 21 when world leaders commemorated the U.N.'s 75th anniversary.

But there were so many speakers that the speeches of 58 leaders and ministers were carried over and only shown Monday, two days after U.N. Day, which commemorates the entry into force of the U.N. Charter that officially established the United Nations on Oct. 24, 1945.

Zarif quoted a study released last month by Brown University's Costs of War project that estimated the United States' wars since the 9/11 terrorist attacks in 2001 have forced at least 37 million people to flee their homes in the eight most violent conflicts -- Afghanistan, Pakistan, Iraq, Libya, Syria, Yemen, Somalia and the Philippines.

“How can we counter the unilateralism and disdain for international law by a bully that only knows wielding a big stick and speaking arrogantly?” Zarif asked, also citing U.S. with battles American Indian tribes, the Civil War that ended slavery, and what he called “economic wars” resulting from U.S. sanctions.

“In fact, no one wins in a war,” the Iranian minister said.

“It's time to change tack -- saving American blood and treasure and sparing the world from further misery.”

Zarif's speech was shown on a screen in the General Assembly Hall as the Security Council was holding a virtual meeting on the Middle East at which Israel's new UN ambassador, Gilad Erdan, said “Iran and its terrorist proxies remain the biggest threats to peace and security in the region.”

Ironically, he said, “Iran's extreme and murderous ways” have brought moderate forces in the Middle East closer together, leading to Israel's recent peace agreements with the United Arab Emirates and Bahrain and new ties with Sudan.

“It's surprising, but I actually want to thank Iran” for the role it played in those agreements, he said.

Erdan called on the Security Council to prevent Iran from continuing to develop its nuclear capabilities, obtaining advanced weapons and violating human rights.

He called Iran “one of the biggest human rights violators in the world,” citing 4,300 executions during President Hassan Rouhani's tenure, including minors, women, gays, journalists and anti-government protesters.

Iran was also the agenda of the General Assembly's human rights committee Monday where the UN independent investigator on the country's human rights, Javaid Rehman, said the Iranian government must conduct an independent and transparent investigation into the crackdown on protests in November 2019 and January 2020 and bring violators to justice.

Rehman, a professor of human rights and Islamic law at London's Brunel University, said Iran has failed to conduct an investigation meeting international standards “despite clear evidence that Iranian security forces used excessive and lethal force, which caused the deaths of over 300 people, including women and children.”

“The government and judiciary appear to be implementing death sentences against protesters to prevent peaceful dissent and restrict civic space,” he said.

“The recent arbitrary execution of Navid Afkari for his participation in August 2018 protests is emblematic of this concern.”