A newly revealed database exposes in extraordinary detail the main reasons for the detentions of hundreds of people in Karakax County: their religion and their family ties 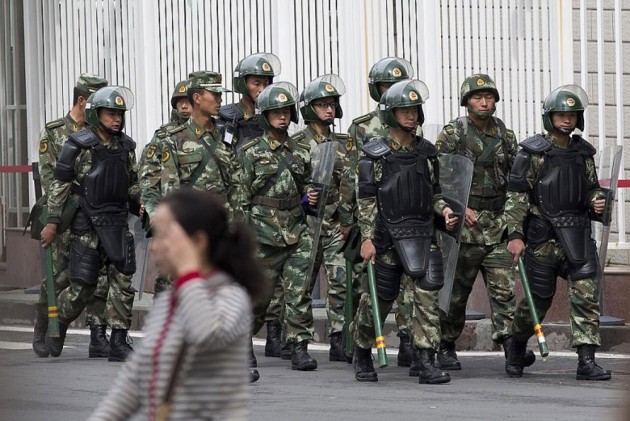 For decades, the Uighur imam was a bedrock of his farming community in China's far west. On Fridays, he preached Islam as a religion of peace. On Sundays, he treated the sick with free herbal medicine. In the winter, he bought coal for the poor.

But as a Chinese government mass detention campaign engulfed Memtimin Emer's native Xinjiang region three years ago, the elderly imam was swept up and locked away, along with all three of his sons living in China.

Now, a newly revealed database exposes in extraordinary detail the main reasons for the detentions of Emer, his three sons, and hundreds of others in Karakax County: their religion and their family ties.

The database obtained by The Associated Press profiles the internment of 311 individuals with relatives abroad and lists information on more than 2,000 of their relatives, neighbours and friends.

Each entry includes the detainee's name, address, national identity number, detention date and location, along with a detailed dossier on their family, religious and neighbourhood background, the reason for detention, and a decision on whether or not to release them. Issued within the past year, the documents do not indicate which government department compiled them or for whom.

Taken as a whole, the information offers the fullest and most personal view yet into how Chinese officials decided who to put into and let out of detention camps, as part of a massive crackdown that has locked away more than a million ethnic minorities, most of them Muslims.

The database emphasizes that the Chinese government focused on religion as a reason for detention — not just political extremism, as authorities claim, but ordinary activities such as praying, attending a mosque, or even growing a long beard. It also shows the role of family: People with detained relatives are far more likely to end up in a camp themselves, uprooting and criminalizing entire families like Emer's in the process.

Similarly, family background and attitude is a bigger factor than detainee behaviour in whether they are released.

"It's very clear that religious practice is being targeted,” said Darren Byler, a University of Colorado researcher studying the use of surveillance technology in Xinjiang. “They want to fragment society, to pull the families apart and make them much more vulnerable to retraining and reeducation.”

The Xinjiang regional government did not respond to faxes requesting comment. Asked whether Xinjiang is targeting religious people and their families, foreign ministry spokesman Geng Shuang said “this kind of nonsense is not worth commenting on.”

Beijing has said before that the detention centres are for voluntary job training, and that it does not discriminate based on religion.

China has struggled for decades to control Xinjiang, where the native Uighurs have long resented Beijing's heavy-handed rule. With the 9/11 attacks in the United States, officials began using the spectre of terrorism to justify harsher religious restrictions, saying young Uighurs were susceptible to Islamic extremism.

After militants set off bombs at a train station in Xinjiang's capital in 2014, President Xi Jinping launched a so-called “People's War on Terror”, transforming Xinjiang into a digital police state.

The leak of the database from sources in the Uighur exile community follows the release in November of a classified blueprint on how the mass detention system really works.

The blueprint obtained by the International Consortium of Investigative Journalists, which includes the AP, showed that the centres are in fact forced ideological and behavioral re-education camps run in secret. Another set of documents leaked to the New York Times revealed the historical lead-up to the mass detention.

The latest set of documents came from sources in the Uighur exile community, and the most recent date in them is March 2019. The detainees listed come from Karakax County, a traditional settlement of about 650,000 on the edge of Xinjiang's Taklamakan desert where more than 97 percent of residents are Uighur.

The list was corroborated through interviews with former Karakax residents, Chinese identity verification tools, and other lists and documents seen by the AP.

Detainees and their families are tracked and classified by rigid, well-defined categories. Households are designated as “trustworthy” or “not trustworthy," and their attitudes are graded as “ordinary” or “good."

Families have “light” or “heavy” religious atmospheres, and the database keeps count of how many relatives of each detainee are locked in prison or sent to a “training centre."

Officials used these categories to determine how suspicious a person was — even if they hadn't committed any crimes.

“It underscores the witch-hunt mindset of the government, and how the government criminalizes everything,” said Adrian Zenz, an expert on the detention centres and senior fellow at the Victims of Communism Memorial Foundation in Washington, D.C.

Reasons listed for internment include “minor religious infection,” “disturbs other persons by visiting them without reasons,” “relatives abroad,” “thinking is hard to grasp” and “untrustworthy person born in a certain decade." The last seems to refer to younger men; about 31 percent of people considered “untrustworthy” were in the age bracket of 25 to 29 years, according to an analysis of the data by Zenz.