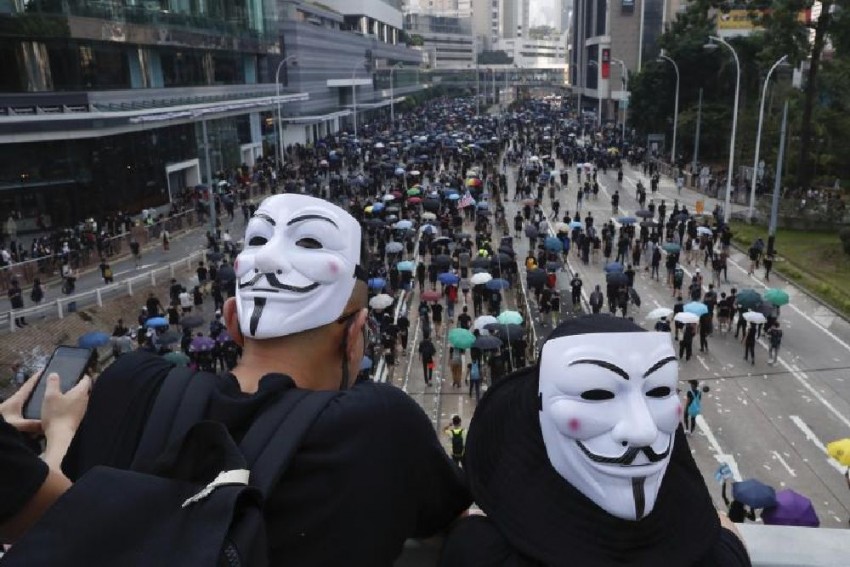 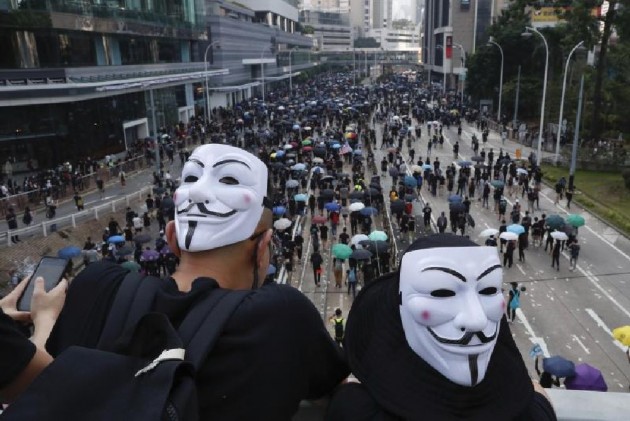 A protester was shot with a live round by police in strife-torn Hong Kong on Tuesday that marked the 70th anniversary of Communist China's founding.

The protesters in Hong Kong marked the day with defiant "Day of Grief" protests. Fresh clashes with police were reported as pro-democracy activists ignored a ban on marches and took to the streets.

According to a report in the Guardian, a protestor was injured in the chest. "Video shared by local Standnews website apparently showed him begging for medical help as he bled on the street," the report said.

Activists are determined to overshadow Beijing's festivities, using the anniversary to step up their nearly four months of protests pushing for greater democratic freedoms and police accountability.

Thousands marched through the streets of Hong Kong island on Tuesday afternoon, despite authorities rejecting an application to hold a rally there as police warned people "to leave the scene as soon as possible".

Smaller crowds rallied in a number of other districts with clashes quickly breaking out.

In Tsuen Wan, masked protesters used umbrellas and sticks to beat riot officers after they made a series of arrests.

The officers retreated into a nearby town hall after they came under a barrage of projectiles.

In Wong Tai Sin, police fired brief volleys of tear gas against protesters who had blocked nearby roads.

The biggest march remained on Hong Kong island, a frequent battlefield between police and protesters where multiple malls and shops remained shuttered for the public holiday.

"Three months on and our five demands have yet to be achieved. We need to continue our fight," a protester, wearing a mask from the cult film and comic book "V for Vendetta", said.

The protests came as celebrations were taking place in Beijing, including a huge military parade through Tiananmen Square under the gaze of China's strongman President Xi Jinping.

Among those watching the parade was Hong Kong leader Carrie Lam, who has historically low approval ratings at home as public anger boils over Beijing's increased control of the semi-autonomous city.

Millions have hit the streets in record-breaking numbers while hardcore activists have repeatedly clashed with police, in the biggest challenge to China's rule since the city's 1997 handover by Britain.

Hong Kong's protests were initially sparked by a now-scrapped plan to allow extraditions to the mainland but have since snowballed into a much wider movement of popular anger against city leaders and Beijing.

Among the demands made by protesters is an inquiry into the police, an amnesty for the more than 1,500 people arrested and universal suffrage -- all of which have been rejected by Beijing and Lam.