'We’re trying to do another four years. Otherwise, I’ll see you in four years,' the President said. 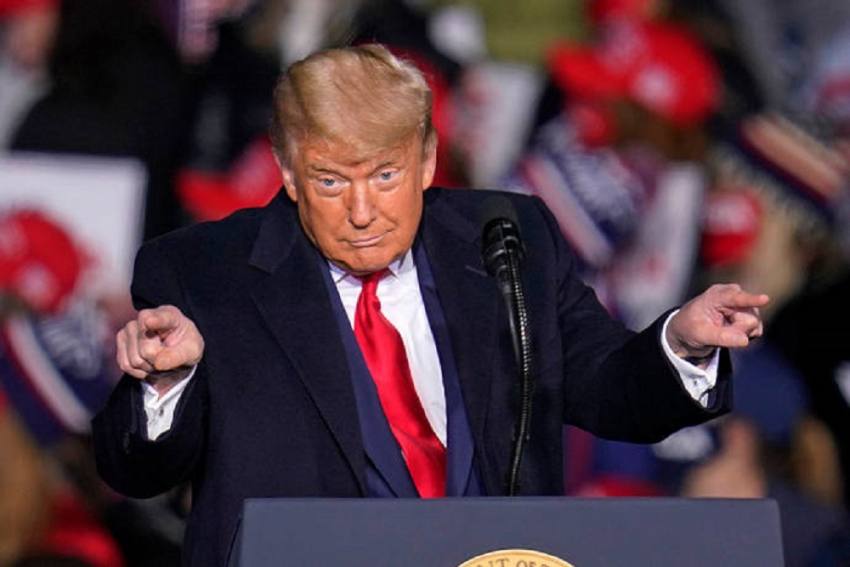 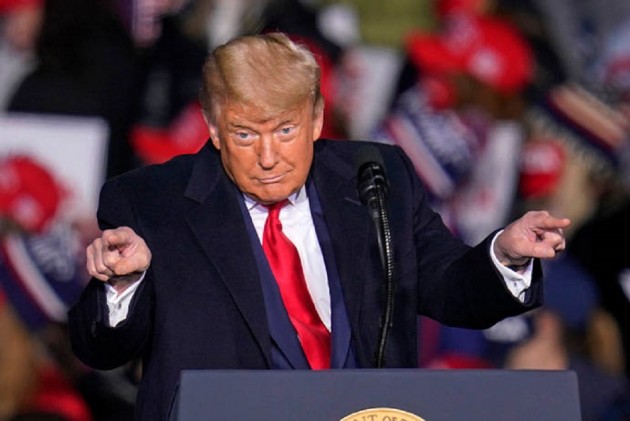 President Donald Trump teased running again for President in 2024 as he hosted a holiday reception at the White House on Tuesday evening.

“It’s been an amazing four years,” Trump told the crowd, which included many Republican National Committee members. “We’re trying to do another four years. Otherwise, I’ll see you in four years.”

The video of Trump’s appearance was streamed live on Facebook by one attendee, former Oklahoma Republican Party Chair Pam Pollard, who is a national committeewoman for the party. It showed dozens of people crammed into the Cross Hall of the White House state floor, standing closely together. Many seen in the video were not wearing masks.

The Trumps began hosting holiday receptions this week, intent on celebrating a final season before Trump leaves office on Jan. 20. According to social media postings reviewed by The Associated Press, the events have featured large crowds of often maskless attendees gathered indoors — violating the very public health guidance the U.S. government has pressed the nation to follow this holiday season as cases of Covid-19 skyrocket across the country.

In the video, Trump is heard continuing to air baseless allegations of election fraud to explain his defeat by President-elect Joe Biden despite his attorney general, William Barr, telling the AP earlier Tuesday that the Justice Department had not uncovered evidence of widespread voter fraud and had seen nothing that would change the outcome of the 2020 presidential election.

“It’s certainly an unusual year. We won an election. But they don’t like that,” Trump told the group, adding: “I call it a rigged election, and I always will.”

The White House has been the site of at least one suspected Covid-19 superspreader event, and dozens of the president’s aides, campaign staffers and allies have tested positive in numerous outbreaks. Trump himself was hospitalized for the virus in October, and the first lady and two of his sons have tested positive. Numerous others have had to quarantine.

Stephanie Grisham, the first lady’s spokeswoman and chief of staff, had said last month that the White House would be moving forward with events, “while providing the safest environment possible.” She said that would include smaller guest lists, that “masks will be required and available, social distancing encouraged while on the White House grounds, and hand sanitizer stations throughout the State Floor.”

“Attending the parties will be a very personal choice,” she added.