More than 30,000 people have died worldwide in the coronavirus pandemic, two-thirds of them in Europe, according to an AFP tally on Saturday. 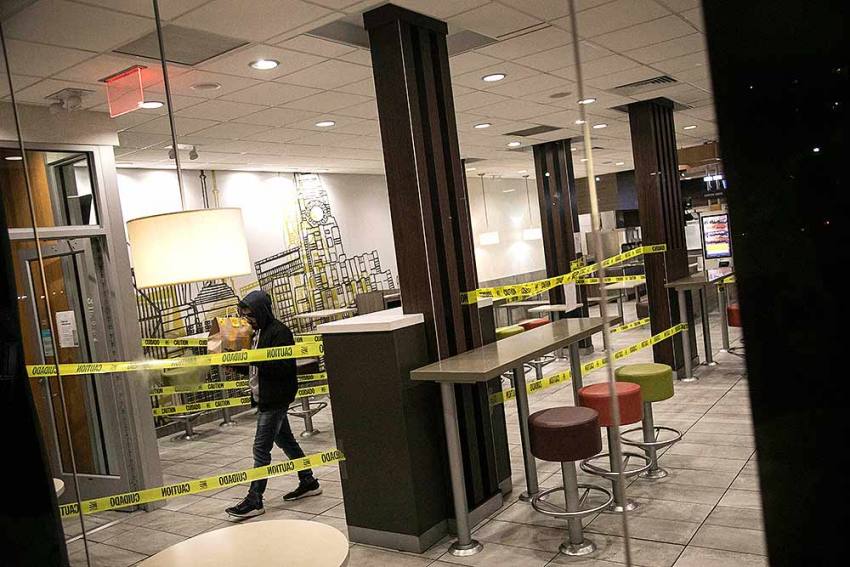 A man walks out of a McDonald's restaurant with his bag of food in the Brooklyn borough of New York, where the seating area has been cordoned off to its customers and only take out is available as part of the city's effort in social distancing. (AP)
Outlook Web Bureau 2020-03-29T08:10:05+05:30 Coronavirus Pandemic: Italy Records Another 889 Deaths, Spain 832; US Has Highest Confirmed Cases 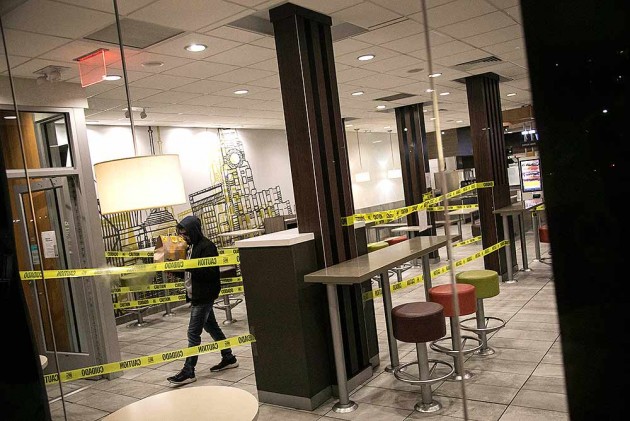 Italy's death toll from the novel coronavirus shot past 10,000 on Saturday with 889 new deaths, the country's civil protection service said.

The toll in Italy, which has suffered more deaths than any other country, now stands at 10,023. An additional 5,974 infections brought to 92,472 the number of people who have officially tested positive for COVID-19 in Italy since the crisis began last month.

In Spain, the deaths due to the deadly virus surged over 5,600 on Saturday after a record 832 people died in 24 hours, as officials said the epidemic appeared to be close to the peak.

Spain has the world's second-highest death toll after Italy with 5,690 fatalities.

But although Spain's latest figures showed a daily increase of more than 8,000 cases, raising the overall number to 72,248, the rate of new infections appeared to be slowing, with officials saying the epidemic could be nearing its peak.

The number of novel coronavirus cases in the United States, already the world's highest, reached a new record on Saturday, a count by Johns Hopkins University showed.

Over the past 24 hours the United States also marked a record 453 deaths linked to the COVID-19 illness, bringing the country's toll to 1,891 deaths since the pandemic began.