Italy reported a jump in the death toll from the coronavirus to 52, with more than 2,000 people infected. 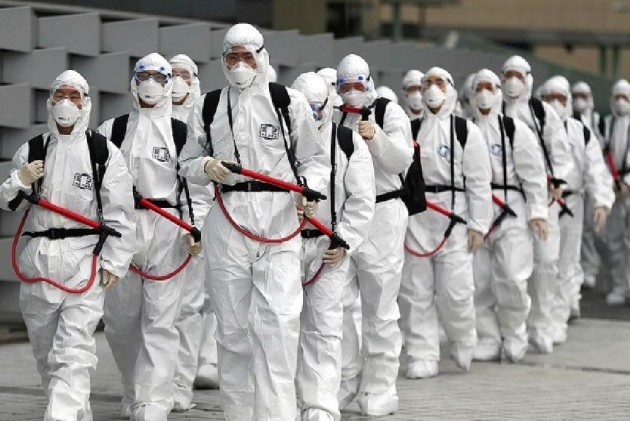 The death toll due to novel coronavirus outbreak has surged in several countries even as European powers said they would send help.

The death toll due to the novel coronavirus outbreak in China has risen to 2,943, authorities said on Tuesday, while the number of confirmed cases has reached 80,151.

All the deaths were in Hubei Province, according to the National Health Commission.

A plane carrying UN medical experts and aid touched down Monday in Iran on a mission to help it tackle the world's second-deadliest outbreak of coronavirus as European powers said they would send further help.

As the official death toll rose by 12 to 66, the Islamic republic turned down a similar offer from arch-enemy Washington, dismissing it as "propaganda".

The World Health Organisation said a flight arrived from Dubai carrying medical supplies and experts on a fact-finding mission and to "provide guidance on strengthening and scaling up the response to the ongoing outbreak."

Italy on Monday reported a jump in the death toll from the coronavirus to 52, with more than 2,000 people infected, most of whom were in the country's northern Lombardy region.

Also Read: Was Censorship Behind The Outbreak Of Novel Coronavirus In China?

The civil protection agency said 18 people had died since Sunday -- including three in Emilia Romagna -- all of whom were either elderly or had serious pre-existing medical conditions.

The number of US deaths from the novel coronavirus rose to six on Monday, all in the state of Washington, officials said, signaling the contagion has taken root in the Pacific Northwest.

Vice President Mike Pence announced a treatment for the disease could be available by summer or early fall, but that a vaccine was farther off.

Pence, the administration's pointman for the crisis, also said the government was moving to screen 100 per cent of passengers flying in from Italy and South Korea, two serious virus hot zones.

Five of the six American fatalities have been from King county, the most populous in Washington state and home to Seattle, a city of more than 700,000 people. The sixth victim was from neighboring Snohomish county, officials said.

"The risk for all of us of becoming infected will be increasing," said Jeff Duchin, a health officer in King County.