Home  »  Website  »  International  »  Chinese Military Defends Increased Budget, Says It Is In Line With Challenges Ahead

Chinese Military Defends Increased Budget, Says It Is In Line With Challenges Ahead 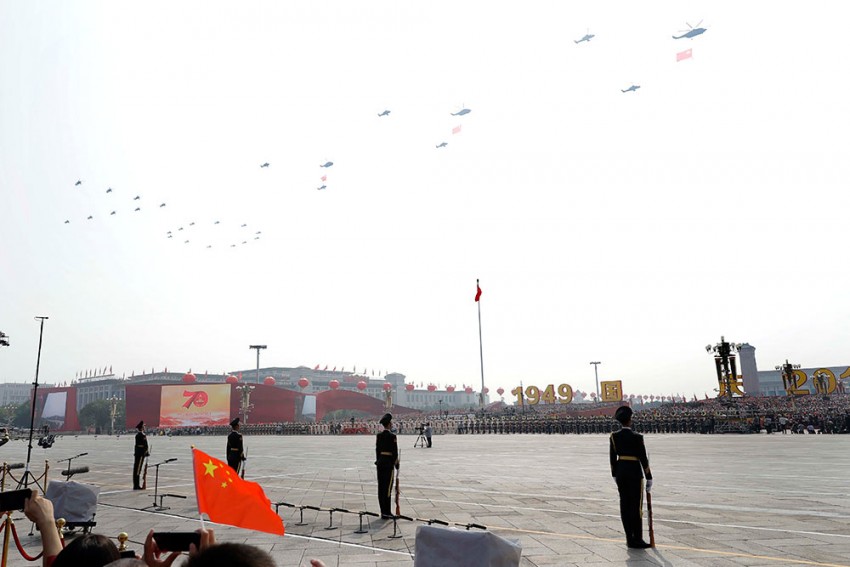 Chinese military helicopters fly in formation to make the number 70 during a parade to commemorate the 70th anniversary of the founding of Communist China in Beijing.
AP/PTI
Outlook Web Bureau May 27, 2020 00:00 IST Chinese Military Defends Increased Budget, Says It Is In Line With Challenges Ahead 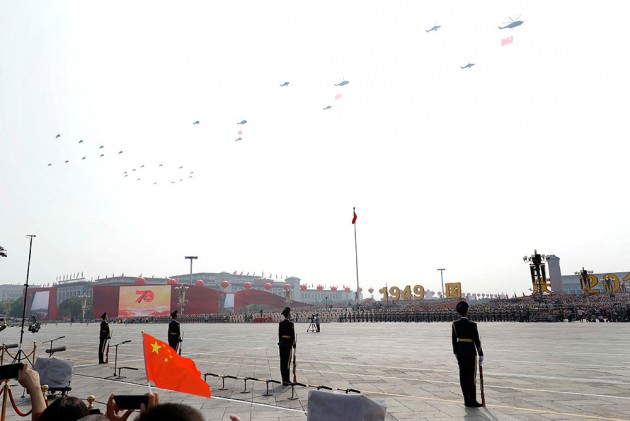 The Chinese military has defended its increased budget of $179 billion for this year, saying it is in line with the challenges faced by the country.

China's defence budget this year will be around 1.27 trillion yuan ($179 billion) against last year's 177.61 billion, up by 6.6 per cent, according to a draft submitted to the annual session of the National People's Congress (NPC) on Friday.

China on Tuesday directed its armed forces to “comprehensively strengthen" the training of troops and and be prepared for a war amid the Coronavirus pandemic that has seemingly impacted its national security.

The Chinese President's directive comes at a time when its relations with India have strained after tensions along the Line of Actual Control in eastern Ladakh flared up. The war cry also comes amid rising tensions with the US, belligerent speeches by Chinese politicians in reference with Taiwan, and renewed protests in Hong Kong.

China has been facing new risks and challenges in its national defence in recent times, Defence Spokesman Wu Qian told the meeting, mainly referring to Taiwan where the government headed by President Tsai Ing-wen had last week challenged Beijing's assertions that it is a part of China.

By scale and allocation, the defence expenditure is based on China's economic development situation and national defence requirements, he told delegates at the Parliament session here, state-run Global Times reported.

From a domestic point of view, there have been multi-dimensional and complicated security risks, as there are more serious anti-secession missions, with the ruling Democratic Progressive Party authorities in Taiwan relying on foreign forces, he said

China must have a clear mind when it comes to national defence and be prepared for danger in peacetime, he said.