Johnson said the victory would give him a mandate to 'get Brexit done' and take the UK out of the EU next month. 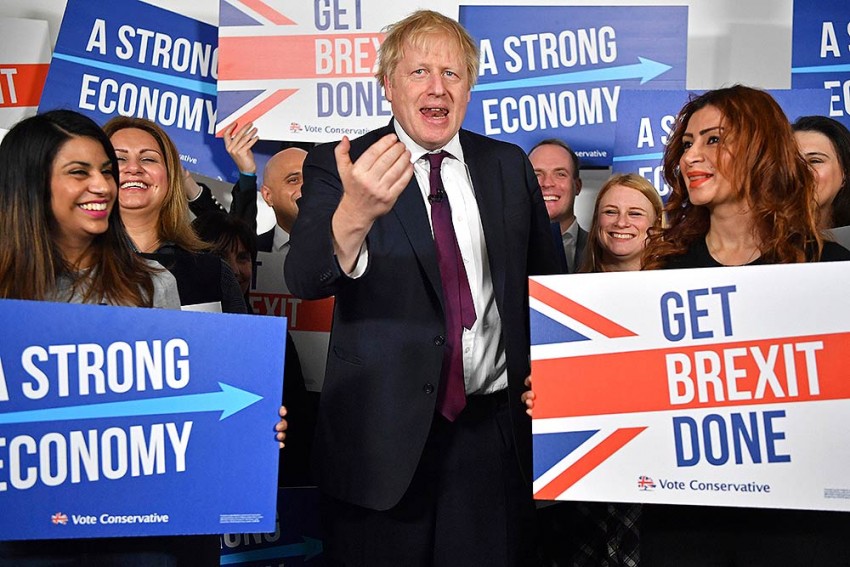 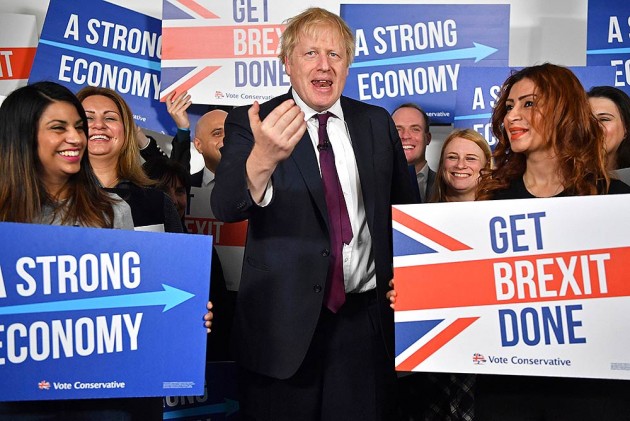 British Prime Minister Boris Johnson on Friday won a parliamentary majority in the UK's general elections, a victory that will end the uncertainty over Brexit and will help him to take the UK out of the European Union by the end of next month.

Corbyn said he would not lead Britain's main opposition Labour party at the next general election, after predictions of a crushing defeat at nationwide polls.

"I will not lead the party in any future general election campaign," the veteran socialist, 70, said after winning his north London seat for the 10th time.

Corbyn went into Thursday's election offering a radical leftist programme for social change, including huge investment in public services, as well as a second referendum on Brexit.

Exit polls and early results had also suggested the Tories are on course for a historic victory in Thursday's election, in which Johnson won his own seat in Uxbridge, west of London, with an increased majority.

The polls closed on Thursday night for the country's first December election in nearly a century to determine the fate of Brexit – Britain's impending divorce from the European Union (EU).

In the past, this key UK exit poll has almost exactly predicted the final results, but sometimes it has also got it wrong by predicting a hung Parliament in 1992 and 2015 when the Conservatives went on to win majorities.

Earlier, British Prime Minister Boris Johnson and Opposition Leader Jeremy Corbyn were among the first to cast their ballots in London in an election that offers the electorate a stark choice between the Conservatives' pledge to leave the EU on a signed withdrawal agreement and Labour’s commitment to offer another referendum on the country’s future relationship with the 28-member economic bloc.

Polling stations across all constituencies of the United Kingdom – England, Wales, Scotland and Northern Ireland – had opened at 07:00 GMT where a total of 3,322 candidates are standing for election to 650 seats in the House of Commons.

The snap election had been called by Johnson in a bid to win a majority for his Conservative Party and get his Brexit deal through Parliament.

The UK is due to leave the EU but has failed to find parliamentary consensus on the terms of that exit, missing repeated deadlines - the last one being on October 31.

While Johnson has been keen to characterise this as a Brexit election with the party’s “Get Brexit Done” message with the new January 31, 2020 deadline in sight, the Opposition Labour Party and others have been focussed on highlighting his Tory government’s failures across domestic issues such as the state-funded National Health Service (NHS).

Johnson, 55, cast his vote at a central London polling station, taking his dog Dilyn along with him.

Under election day broadcast norms, it is expected for all parties to refrain from projecting party political analysis and a reference to opinion poll results is also kept at bay until the first exit poll result is declared at 22:00 GMT as soon as polling stations close.

The counting begins straight away, with Newcastle Central and Sunderland South and Houghton in the north east of England holding the crown for the fastest to declare.

Despite a dreary, cold and wet weather, long queues were reported outside many polling stations, as initial turnout appeared to be brisk after a closely fought campaign billed by the Conservatives and the Labour as the "most important in a generation".

Many voters took to social media to say that polling stations were busier than usual, after having to queue to cast their ballots.

Elections in the UK traditionally take place every five years.

But, in October, MPs voted for the second snap poll in as many years, resulting in the first winter election since 1974 and the first to take place in December since 1923.

Anyone aged 18 or over is eligible to vote, as long as they are a British citizen or qualifying citizen of the Commonwealth or Republic of Ireland and have registered to vote.

Many people had already put a cross next to the name of their favoured candidate by voting by post – more than 7 million people of an estimated 46-million voting base used a postal vote two years ago.