In a meeting between Iran's President Hassan Rouhani and the emir of Qatar, both sides agreed de-escalation is the "only solution" to the regional crisis. 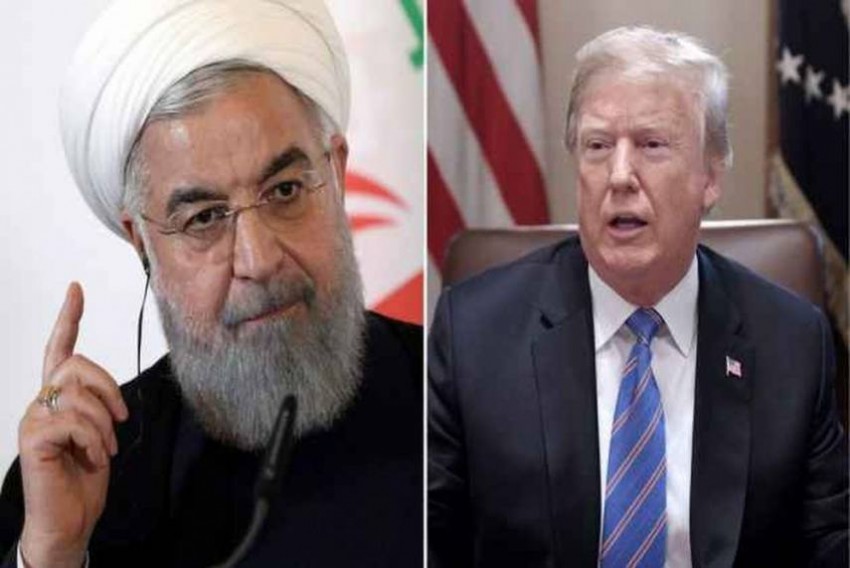 Iranian President Hassan Rouhani and his US counterpart Donald Trump.
File Photo
AFP January 13, 2020 00:00 IST Iran Says De-escalation 'Only Solution' To Crisis After It Shot Down Ukrainian Plane By 'Mistake' 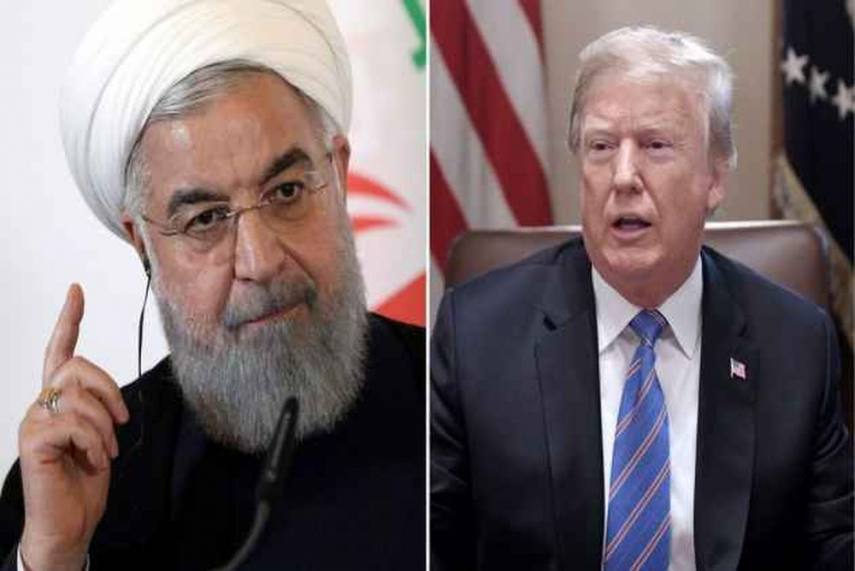 Iran has signalled it favours a de-escalation after 10 days of heightened tensions with the United States, during which both sides fired missiles and Tehran accidentally shot down a passenger aircraft.

Security was stepped up in Iran's capital on Sunday after a vigil held on the previous night for those killed in the air disaster. The vigil turned into an angry protest and police temporarily arrested the British ambassador for being there.

US President Donald Trump warned Iran against harming demonstrators and against a repeatation of a deadly crackdown against rallies in November sparked by a fuel price hike.

"To the leaders of Iran - DO NOT KILL YOUR PROTESTERS," Trump tweeted on Sunday in his occasional all-capital-letter style.

US Defense Secretary Mark Esper, however, said Trump was still willing to "sit down and discuss without precondition a new way forward" with Iran, although Tehran has steadfastly refused to hold talks with Washington unless it lifts sanctions first.

Tehran said it favoured an easing of tensions after its arch-enemy Washington on January 3 killed a revered Iranian general, Quds Force chief Qasem Soleimani, in a Baghdad drone strike.

In a meeting between Iran's President Hassan Rouhani and the visiting emir of Qatar, both sides agreed de-escalation is the "only solution" to the regional crisis, the Qatari ruler said.

Qatar hosts the largest US military base in the region but also enjoys strong ties with Iran, with which it shares the world's largest gas field.

"We agreed... that the only solution to these crises is de-escalation from everyone and dialogue," Emir Sheikh Tamim bin Hamad Al-Thani said on what was believed to be his first official visit to the Islamic republic.

For his part, Rouhani said: "We've decided to have more consultations and cooperation for the security of the entire region."

In a briefing to Parliament, Hossein Salami, commander of Iran's Revolutionary Guards, said the missiles it fired last Wednesday on Iraqi bases hosting US troops were not aimed at killing American personnel.

The US said no American personnel were harmed in the attacks.

Across the border in Iraq, the military said rockets slammed on Sunday into Al-Balad, an Iraqi airbase where US forces have been stationed, wounding two Iraqi officers and two airmen.

The base had held a small US Air Force contingent as well as American contractors, but a majority of these personnel had already been evacuated due to the tensions between the US and Iran, military sources told AFP.

Reacting to the latest attack, US Secretary of State Mike Pompeo tweeted: "Outraged by reports of another rocket attack on an Iraqi airbase.

"These continued violations of Iraq's sovereignty by groups not loyal to the Iraqi government must end," he added.

There was no immediate claim of responsibility for Sunday's rocket attacks. The US has previously blamed such attacks on Iran-backed groups in Iraq.

The current crisis claimed a tragic toll when Iran -- on hair-trigger alert just after attacking the Iraqi bases -- last Wednesday accidentally shot down the Ukraine International Airlines plane, killing all 176 people aboard.

After days of denial from Iran, Rouhani on Saturday admitted to "human error" in bringing down the Boeing 737, and the Guards' aerospace commander General Amirali Hajizadeh accepted full responsibility.

On Saturday evening, a memorial at Tehran's Amir Kabir University in honour of those killed turned into a demonstration that AFP correspondents said was attended by hundreds of students.

They shouted "death to liars" and demanded the resignation and prosecution of those responsible, Fars news agency reported, saying that police "dispersed" them.

Around the same time, police temporarily arrested the British ambassador, Rob Macaire, who had attended the vigil, sparking a fresh diplomatic crisis.

Macaire tweeted on Sunday: "I wasn't taking part in any demonstrations! Went to an event advertised as a vigil for victims of #PS752 tragedy."

Some Iranian newspapers also criticised the government over the downing of the jet, including how it was handled.

Elsewhere in Tehran, tensions appeared to be mounting again, with a heavy police presence notably around the iconic Azadi Square south of the centre.

Riot police armed with water cannon and batons were seen at Amir Kabir, Sharif and Tehran universities as well as Enqelab Square.

On the diplomatic front, France, Germany and Britain on Sunday called on Iran to return to "full respect" of its commitments under its 2015 nuclear accord with world powers, despite Washington having walked out of the deal.