756 Coronavirus Deaths In 24 Hours In Italy; Lockdown Likely To Be Extended

The daily rise in infections has slowed to 5.6 per cent -- the lowest rate since Italian officials started tracking cases following the first death on February 21. 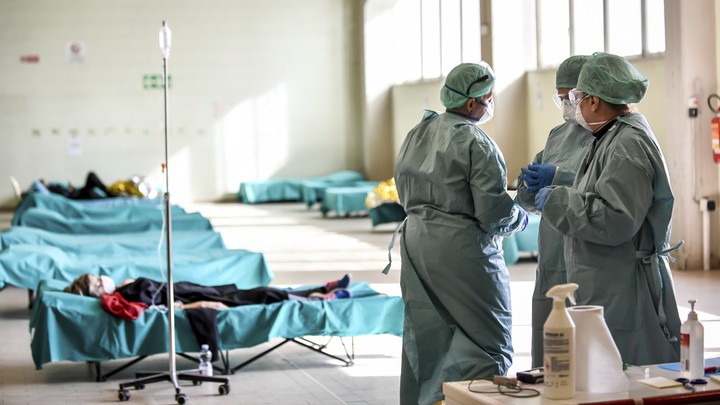 Italian authorities said on Sunday they would extend a month-long lockdown to stem the coronavirus pandemic, as the number of deaths in the country reached 10,779 and the number of infected neared 100,000.

The civil protection service reported another 756 fatalities in the world's worst-hit nation on Sunday, while the number of officially registered cases of COVID-19 increased by 5,217 to 97,689.

Nevertheless, the daily rise in infections has slowed to 5.6 per cent -- the lowest rate since Italian officials started tracking cases following the first death on February 21.

In the epicentre of the pandemic, the region around Milan where the number of cases previously increased daily, the number of Italians receiving intensive care remained almost unchanged.

"It is not plateau yet, but it is a good sign."

Italy closed all of its schools at the start of the month and then began gradually imposing a lockdown, tightening it successively until almost all stores were shut on March 12.

The measures -- since adopted to varying degrees across most of Europe -- did not prevent Italy's death toll from overtaking that in China, where the disease was first reported, on March 19.

And while the lockdown -- which is officially due to end on April 3 -- is economically painful, officials appear determined to extend it until the coronavirus is finally stopped in its tracks.

Regional affairs minister Francesco Boccia said the question facing the government was not whether it would be extended, but by how long.

"I think that, at the moment, talking about re-opening is inappropriate and irresponsible." A final decision is expected to be made at a ministerial meeting in the coming days.

Boccia also indicated that the eventual easing of the different confinement measures would be gradual.

"We all want to go back to normal," he said. "But we will have to do it by turning on one switch at a time."

In theory, the existing state of national health emergency allows Prime Minister Giuseppe Conte to extend the lockdown until July 31.

Conte has said that he would like to lift the severest restrictions -- including those forcing the suspension of Italy's Serie A football season -- a few months prior to that.