Home  »  Magazine  »  Business  » Cover Stories  » Ecovid-19 Lockdown »  From Valentine To Quarantine: Stock Markets Have Bled But There Is Hope

From Valentine To Quarantine: Stock Markets Have Bled But There Is Hope 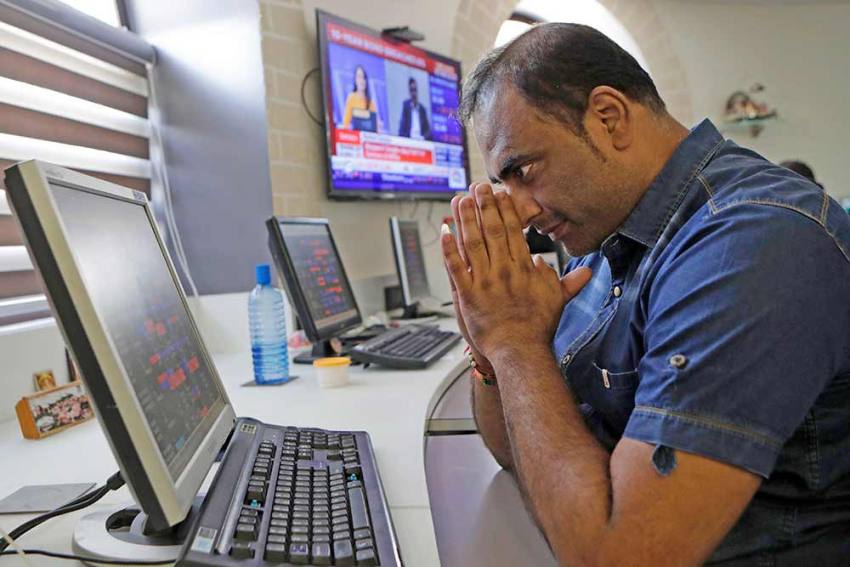 Photo by AP
Yagnesh Kansara March 27, 2020 00:00 IST From Valentine To Quarantine: Stock Markets Have Bled But There Is Hope 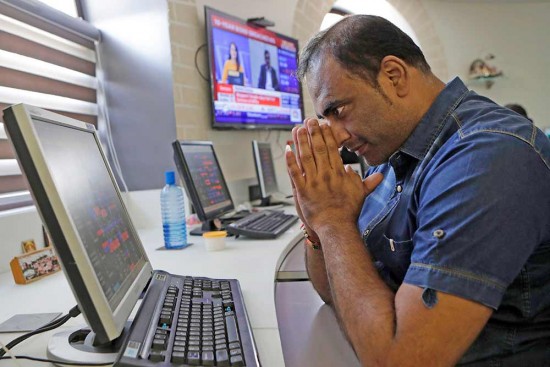 Stock markets across the globe have been bleeding post-Valentine’s Day, since the outbreak of the COVID-19 contagion assumed dangerous proportions. And everyone associated with the markets have been forced to undergo quarantine in terms of their investment. With the COVID-19 outbreak declared a pandemic by the World Health Organization (WHO), panic gripped financial markets, including in India, where the benchmarks have shed in excess of 37 per cent in only 25 trading sessions. This works out to be a fall of 1.48 per cent on an average a day in the past five weeks.

All the leading global benchmark indices of Nikkei, Hang Sang, Dax, CAC, FTSE, DJIA have been bleeding profusely. Back home, Indian benchmarks, Nifty and S&P Sensex, have also lost 37.15 per cent and 37.02 per cent respectively as on March 23, in 25 sessions beginning February 13, 2020.

The severity of the panic is that in less than a week’s time benchmark indices in India have hit circuit-breakers. The bourses have clocked alarming level of trading volume and dramatic rise in the turnover. The trading volume (number of shares traded) of Nifty during the period has risen from 62.35 crore shares to 107.23 crore. This indicates a rise of 72 per cent. During the same period, the average daily Nifty turnover has risen 44.38 per cent, from Rs 20,760 crore to Rs 37,321 crore. What is a more worrying fact is that the broader index Nifty-500 and BSE-500 have lost more value than benchmark indices. Both these measures have lost 37.33 per cent and 37.72 per cent respectively during the period.

Ankur Maheshwari, CEO, Equirus Wealth says, “COVID-19 has disrupted economic activity in multiple ways. With what started in China largely as supply chain disruption, given that it is a manufacturing hub for many firms across the globe, the economic impact has now spread to more than 100+ countries. Domestically too, almost all sectors have got impaired in varying degrees owing to disruption in economic activity and 4QFY20 earnings will be severely impacted. Given that we are still in midst of COVID-19 outbreak, it is difficult to assess the extent of impact completely. That said, FY21 earnings estimates are expected to be downgraded anywhere between 10-20 per cent vis-à-vis estimates at the end of the December quarter.”

Way ahead for investors

Investors would do well to note that the markets have historically faced such situations and, more importantly, recovered from it, albeit over varying time periods. If it was a banking crisis in 2008, now it is due to the novel coronavirus and the, still as yet unascertained, damage to the global economy and also to India especially, coming on the back of an already slow economic growth of 4.7 per cent in Q3FY20. The difference in this market scenario is that there is a definite recovery point for which investors can look out for. A slowing growth rate in new infections around the world, or especially in the developed nations, could be a trigger for the market recovery.

Chinese infections have dropped off while the infection rate in other countries seems to be following the same trajectory. We will reach a point when that rate starts tapering off, and that would be a good indication that the virus threat is being controlled. The sharpness of the recovery would depend on how fast the threat recedes and how fast the global economy is expected to get back on track. Long-term investors would do well to buy into the extreme bouts of volatility that we may witness and ensure to accumulate quality stocks during this period.

By Yagnesh Kansara in Mumbai

How Coronavirus Pandemic Will Impact The Economy -- And You