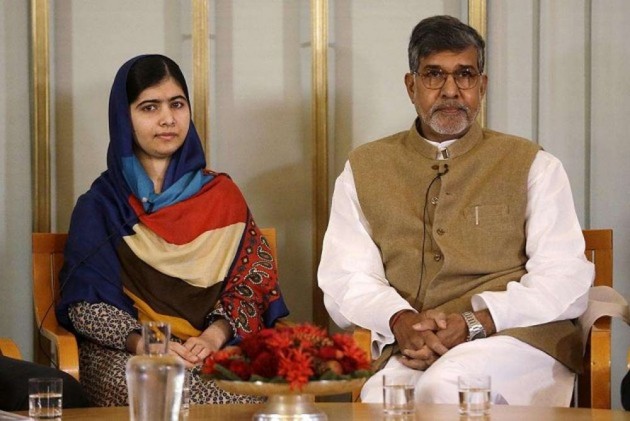 Fifty nine Nobel laureates have in a letter to the Prime Ministers of India and Pakistan appealed to them to "defuse the rising tensions" between the two countries.

A letter signed by the Nobel laureates, under the aegis of the Laureates and Leaders for Children -- a platform founded by Nobel peace laureate Kailash Satyarthi -- was submitted to India and Pakistan's Permanent Representatives to the UN on Saturday, a statement said on Sunday.

"In the best interest of our children, we, the Laureates and Leaders for Children call upon the Prime Minister of India Narendra Modi and the Pakistani Prime Minister Imran Khan to demonstrate wise leadership and exercise immediate restraint at this critical juncture, to avoid any escalation into a full-fledged war," the letter read.

"There is no place for violence, extremism and terrorism in a civilised world. This epidemic has to be uprooted through concrete and time-bound actions.

"We reiterate that children never create wars but are the worst sufferers. Therefore, we appeal to the two Prime Ministers, faith institutions, media, youth and the citizens of both India and Pakistan to work towards the restoration of peace in the region with utmost urgency," the letter stated.

After the Feb 14 Pulwama attack, in which 40 CRPF jawans were killed, the Indian Air Force carried out a counter-terror operation, hitting what it said was a JeM training camp in Balakot, deep inside Pakistan on February 26. The next day, Pakistan retaliated with a large air formation, comprising 24 fighter jets, including F-16s.

The developments have escalated tensions between the two nuclear-armed neighbours prompting calls for restraint from leaders all over the world.