41 Dead, 237 Critical As Coronavirus Continues To Wreak Havoc In China

Of the 1,287 confirmed cases as of Friday night, the condition of the 237 is stated to be critical. 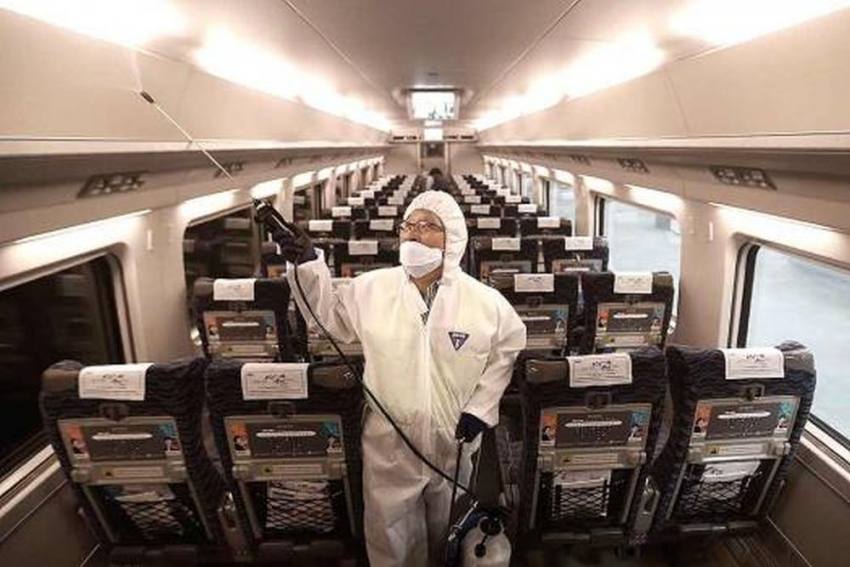 An employee sprays disinfectant on a train as a precaution against a new coronavirus at Suseo Station in Seoul, South Korea.
AP Photo
Outlook Web Bureau 2020-01-25T08:44:58+05:30 41 Dead, 237 Critical As Coronavirus Continues To Wreak Havoc In China 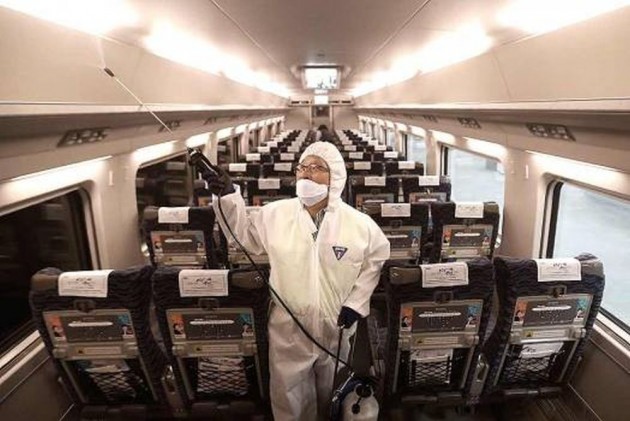 The deadly Coronavirus continues to wreak havoc in China and aborad as the death toll due to it in this Far East country rose to 41 with 1287 confirmed cases, China’s National Health Commission announced on Saturday.

Of the 1,287 confirmed cases as of Friday night, the condition of the 237 is stated to be critical, the Commission announced.

The confirmed cases have crossed 1,000 mark for the first time with many Chinese cities struggling to fight the afflictions.

The pneumonia situation had resulted in 41 deaths, including 39 in central China's Hubei province and one in northeastern province Heilongjiang, it said.

Also Read: All You Need To Know About Coronavirus That Has Alarmed World

Additionally, a total of 1,965 suspected cases have also been reported, it said.

It has triggered a cause of concern for India too as many of the 700 odd Indian students studying in universities of Wuhan and Hubei provinces are still stuck up there. The Indian Embassy has established hotlines to keep close contact with them.

Battling the fast spreading Coronavirus, China has begun building a 1,000-bed hospital in Wuhan which is expected to be completed in less than ten days.

It also began deploying military medics to step up the treatment facilities in Wuhan and 12 other cities in Hubei province which are under total lock-down with suspension of all public transport.

The fast spreading virus dampened the celebrations of China's Lunar New Year which began today. On Friday Chinese bid goodbye to "the year of the pig" to welcome "the year of rat" on Saturday.

In view of the virus scare, several cities, including Beijing, have cancelled special events. The festival is also known as the Spring Festival. Large cultural activities during the spring festival in Beijing such as temple fairs were cancelled to prevent the spread of the virus.

The Chinese disease prevention authority on Friday released pictures and information of the first Wuhan Coronavirus that Chinese experts had discovered.

The Wuhan government is rushing to build a 1,000-bedded hospital in the outskirts of Wuhan to treat Coronavirus patients.

Dozens of excavators were feverishly working at the site where the hospital is being built on a 25,000-sq metre plot in just about 10 days. It will be ready by February 3, state-run Xinhua news agency reported.

Workers are being paid 1,200 Yuan (USD 173) per day, three times their usual wage, to accelerate the construction.

The hospital will be modelled on the one built in Beijing for the treatment and control of SARS or Severe Acute Respiratory Syndrome, that spread rapidly on the Chinese mainland in 2003, killing over 800 people. Beijing then had built the Xiaotangshan Hospital, a temporary medical centre in the northern suburb of the city.

Amid the unknown virus wreaking havoc, Chinese and American researchers are working together to develop a vaccine against the deadly new strain of Coronavirus.

At present, there is no cure for the virus which has pneumonia-like symptoms and is contagious among humans.

The World Health Organisation (WHO) on Thursday stopped short of declaring the virus a global public health emergency, despite China's climbing death toll.