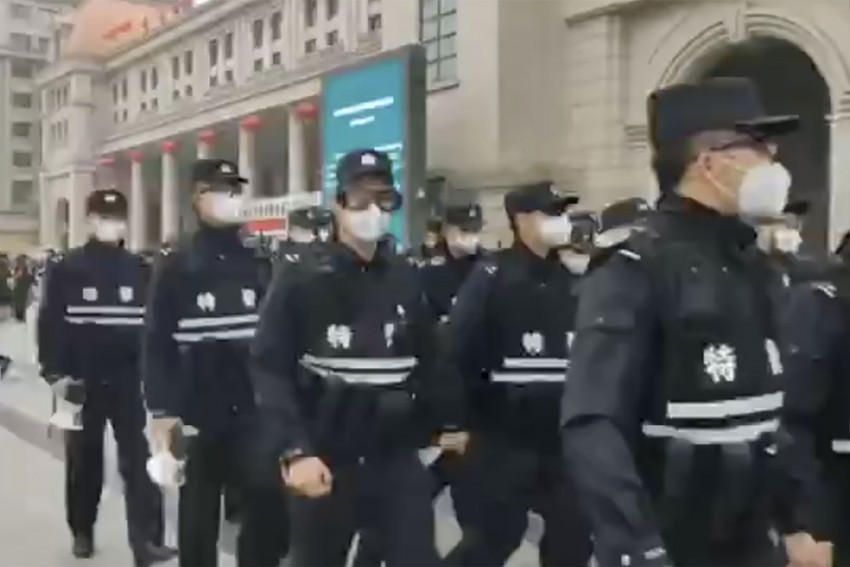 In this image made from video, police wearing face masks patrol outside the Hankou Railway Station shortly before it was closed in Wuhan in central China's Hubei Province, Thursday, Jan. 23, 2020. China closed off a city of more than 11 million people Thursday in an unprecedented effort to try to contain a deadly new viral illness that has sickened hundreds and spread to other cities and countries in the Lunar New Year travel rush.
Thepaper via AP
PTI January 23, 2020 00:00 IST Coronavirus Outbreak: India Offers To Host Tokyo Olympics Boxing Qualifiers After Wuhan Cancellation 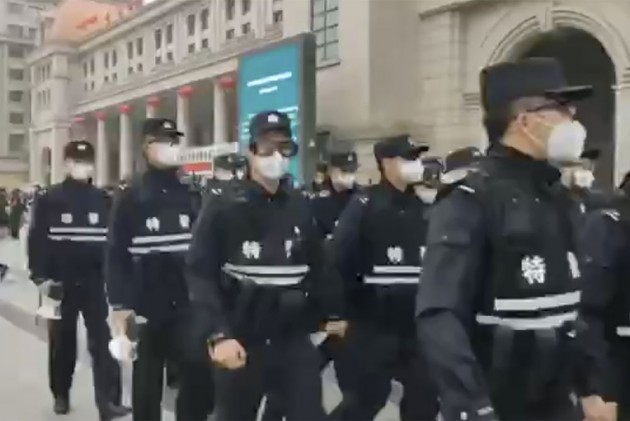 The Boxing Federation of India (BFI) has offered to host next month's Olympic Qualifying Tournament, which has been cancelled in the Chinese city of Wuhan following the outbreak of coronavirus. (More Sports News)

The qualifiers are scheduled from February 3 to 15 but the schedule has now become uncertain following the health crisis in Wuhan, which has so far claimed 17 lives and infected over 550 people.

"...due to any reason, if the event is to be shifted to a different country, Boxing Federation of India would be willing to host this Asian and Oceania Qualification Event 2020," BFI President Ajay Singh stated in a letter to the Chairman of the International Olympic Committee's Task Force (Boxing) Morinari Watanabe.

The Olympic qualifying process for boxing is currently being administered by the IOC Task Force after the International Boxing Association (AIBA) was suspended for alleged administrative mismanagement and financial bungling.

The BFI's proposal has been backed by the Indian Olympic Association (IOA).

"My request to you, if could consider the offer from BFI for which IOA assures IOC and you of its full support and cooperation," IOA President Narinder Batra stated in a letter to Watanbe.