During the third edition of the Indo-US 2+2 dialogue in New Delhi on Tuesday, the two countries vowed to ramp up their overall security ties, and inked a total of five pacts 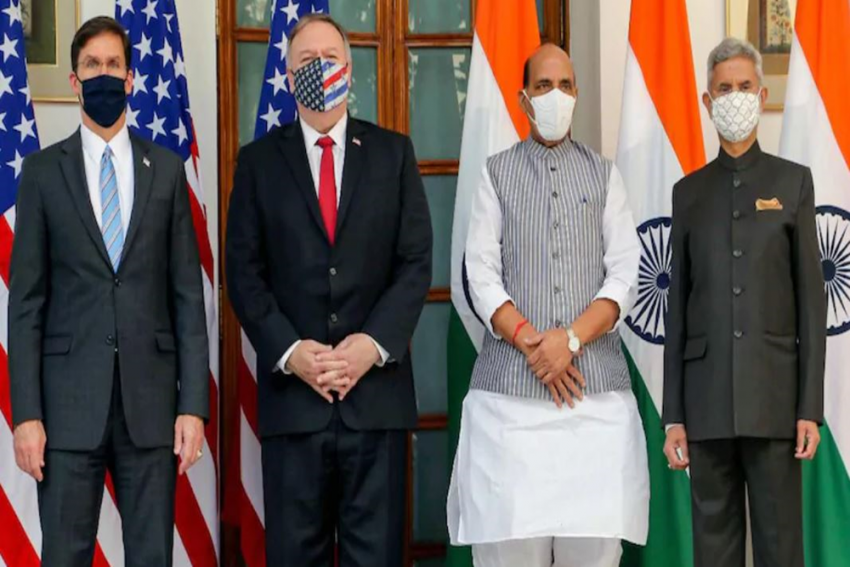 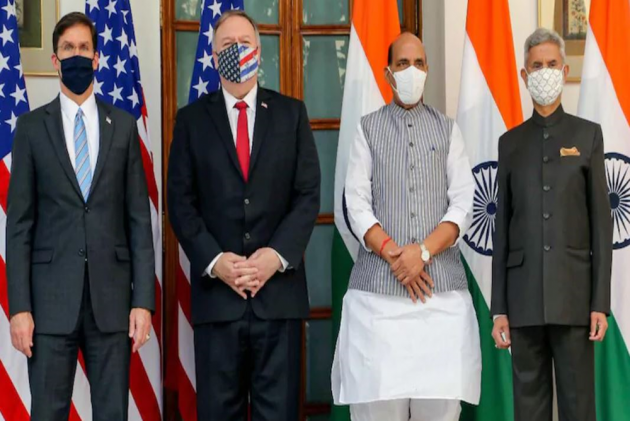 Two eminent American lawmakers have welcomed the successful conclusion of the 2+2 ministerial dialogue between India and the US, saying that the deliberations brought "unprecedented cooperation" between the two countries.

During the third edition of the Indo-US 2+2 dialogue in New Delhi on Tuesday, the two countries vowed to ramp up their overall security ties, and inked a total of five pacts, including the strategic Basic Exchange and Cooperation Agreement (BECA) that will allow sharing of high-end military technology, classified satellite data and critical information.

The other pacts will facilitate cooperation in areas of nuclear energy, earth sciences and Ayurveda.

The talks were led by Defence Minister Rajnath Singh and External Affairs Minister S Jaishankar from the Indian side and US Secretary of State Mike Pompeo and Defence Secretary Mark T Esper from the US side.

The achievements of the 2+2 dialogue, including the BECA geo-spatial cooperation agreement, add to a successful month, during which our two nations deepened the Quad framework with Japan and Australia, and welcomed Australia into the quadrilateral maritime Exercise Malabar, he said.

In a significant move amid a Sino-India border row, India on October 19 announced Australia's participation in the upcoming Malabar exercise along with the US and Japan, effectively making it the first military-level engagement between the four-member nation grouping -- the Quad.

“The United States will keep working with India to maintain a free and open Indo-Pacific, and will remain steadfast as India seeks to defend its sovereignty from external aggression,” McCaul said.

India, the US and several other world powers have been talking about the need to ensure a free, open, and thriving Indo-Pacific in the backdrop of China's rising military maneuvering in the region.

In November 2017, India, Japan, the US and Australia gave shape to the long-pending proposal of setting up the "Quad" to develop a new strategy to keep the critical sea routes in the Indo-Pacific free of any influence.

In the midst of growing global concern over China's expansionist behaviour, the foreign ministers of the Quad member nations met in Tokyo on October 6 and reaffirmed their collective vision for a free, open and inclusive Indo-Pacific.

Congressman Brad Sherman, in a tweet, welcomed the successful conclusion of the 2+2 ministerial.

“Great to see India & the US conclude another successful 2+2 Ministerial to further expand the US-India relationship,” he said.