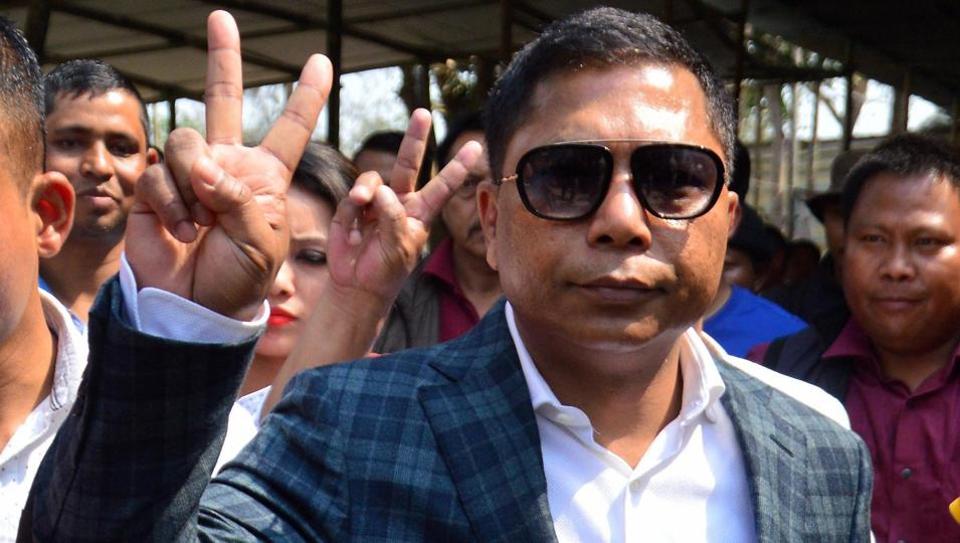 Senior leaders of the Congress, which emerged as the single largest party in Meghalaya with 21 seats, met the Governor on Saturday night to stake claim to form the new government.

Ahmed Patel and Kamal Nath on Saturday requested Governor Ganga Prasad to invite the Congress to form the new government in the state, reported IANS.

“We have already met the governor and handed him a letter to request him to invite the Congress being the single largest party,” Nath told the agency.

Congress is 10 short of 31 seat majority mark in the 60-seat state Assembly.

"We are already in touch with other political parties. We are confident of forming the new government," Mr Nath had earlier told news agency IANS. The party, however, has not produced letters of support to show that it has the numbers, reported NDTV.

The Congress had sent its top guns to Meghalaya to explore possibilities of government formation after its losses in two other northeastern states of Tripura and Nagaland.

"We are in talks. We hope that they will join us," Pala said.

The National People's Party (NPP) and its ally at the Centre and in Manipur, the BJP, together won 21 seats, though they contested independently.

The BJP has also sent its leader from Assam, H B Sarma, to the Meghalaya capital to help the ally form a government.

"We can only help the NPP and encourage the regional parties to form a government," Sarma told reporters yesterday.

The BJP wrested Tripura, the last Left bastion, and received invitation to be part of the government in Nagaland, while Meghalaya elected a hung Assembly.

Elections were held in 59 seats in all three states due to different reasons despite them having 60-member assemblies and results were announced on Saturday.

No comments were issued by the Congress on its losses as party president Rahul Gandhi is out of the country. It did not win a single seat in Tripura and Nagaland.

The Congress defended Gandhi's visit to Italy over the weekend, saying he had every right to meet his grandmother.

The party's leader Mukul Wasnik was also present in Shillong, where all the leaders held talks with the local leadership, other parties and Independents.

The Congress' move comes in the wake of criticism in the past that the party was caught "napping" in Goa and Manipur, where despite emerging as the single-largest party it failed to form governments.

Meghalaya is one of the five states currently held by the Congress. The other states are Punjab, Karnataka and Mizoram, and Union territory Puducherry.