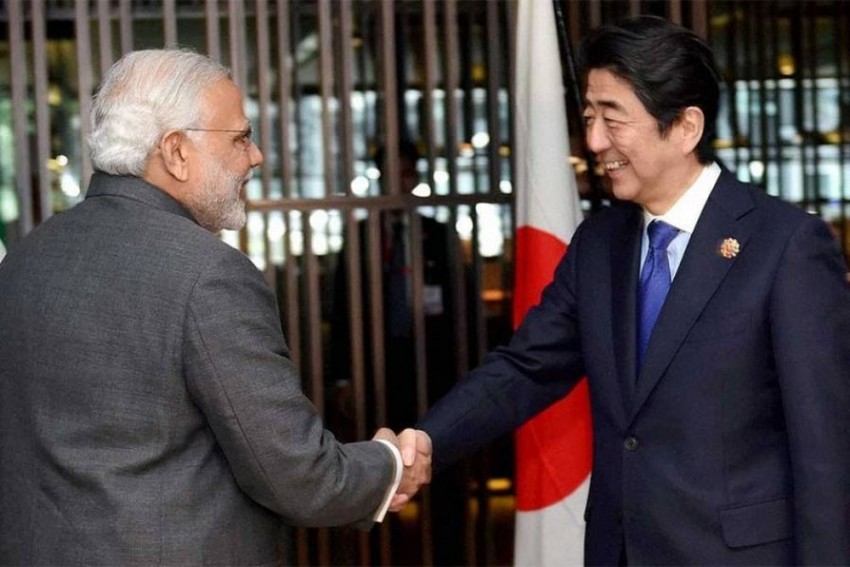 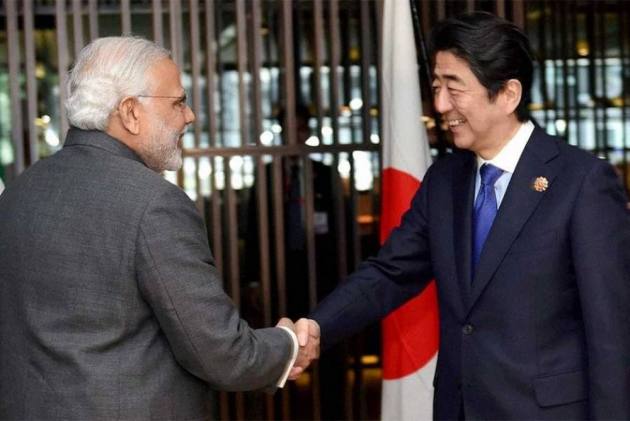 During Prime Minister's Narendra Modi's visit to Japan for the two-day summit, Japanese Prime Minister Shinzo Abe said that he will be "friends of India for life", indicating towards deepening the Japan-India strategic partnership.

In a message published in Indian newspapers on the day Abe hosted Modi at his holiday home in the picturesque Yamanashi prefecture, west of Tokyo, he recalled that the first Japanese prime minister to visit India was his grandfather Nobusuke Kishi in 1957.

Following Prime Minister Kishi's visit to India in 1957, yen loans to the country began in 1958. Abe, who was elected prime minister for the first time in 2006, comes from a politically prominent family.

"Engraving the history in my heart, I have devoted myself to nurturing this friendship with India," Abe said in his article.

He recalled that when he visited India in 2007, he was honoured to deliver a speech in the Parliament of India, the largest democratic country in the world.

He said that he spoke of the "confluence of the two seas" in his speech which would lead to the vision of a free and open Indo-Pacific.

When he visited Ahmedabad, Prime Minister Modi's home state, Gujarat, in September last year, the Japanese premier said he received an "overwhelmingly warm welcome" by the people of India.

"Immersed in the strong impression and thinking of my grandfather's visit to India, I swore that I would remain a friend of India for life," the 64-year-old leader of the Liberal Democratic Party said in the letter.

Prime Minister Modi, who arrived in Tokyo Saturday evening to attend the 13th India-Japan annual summit, has said that his meeting with Abe will add new vigour to the strong friendship between the two countries.

On his part, Prime Minister Abe said the annual mutual visits by the leaders of Japan and India are an "active driving force" for the advancement of Japan-India bilateral relations.

"I am convinced that Prime Minister Modi's visit to Japan this time will also be fruitful as our previous meetings," he said.

At the same time, Abe hoped that Prime Minister Modi will enjoy the beautiful autumn in Japan, including the snow-capped Mout Fuji and autumn-tinted leaves, besides experiencing Japanese cutting-edge technology.

Describing Prime Minister Modi as "one of my most dependable and valuable friends," Abe said he would be greatly pleased if his guest is impressed the same way as he was in Ahmedabad."