I met the accused of the Mumbai blasts on my first day as reporter... 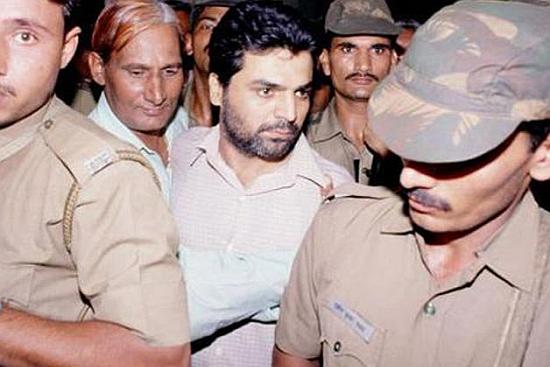 Yakub Memon, the brother of Ibrahim 'Tiger' Memon, is to be hanged at the end of this month.

He was sentenced by a man I have known for two decades, judge PD Kode, in whose anti-terror court I used to be a reporter.

Kode's death sentence to Yakub Memon for conspiracy surprised some, including his lawyer Satish Kanse. A few years ago he told rediff.com's Sheela Bhatt that "Yakub never participated in military training in Pakistan... He didn't plant bombs or RDX, nor did he take part in the l??anding of the weapons. Those who have been awarded the death penalty were involved in one of these deadly actions. The charges against Yakub don't involve any of these crimes."

But he will hang anyway, the first in the case to do so.

The man prosecuting him, Ujjwal Nikam (who famously lied about Pakistani Ajmal Kasab demanding biryani) made these observations about Yakub Memon: "When he was first brought to court, I remember seeing him as this quiet and reserved person. He is a chartered accountant so took detailed notes of the evidence. He was quiet and aloof, never mingled with the others and only spoke to his lawyer. An intelligent man, he closely mon??itored the entire trial."

I noticed the same things in my time in the court. Memon was silent and observant. There was only one time I noticed him show emotion. It may have been in late 1995 or early 1996. JN Patel, who was at that time the trial judge was giving bail to many of the accused in this period. There was some hope but of course not for the Memon men. I remember Yakub shouting and acting violent (without hitting anyone). He said: "Tiger was right. We should not have come back."

I wonder if he has changed in the years. Reports say he is today in solitary confinement (which is illegal according to the Supreme Court) in Nagpur, waiting for the hangman while a final attempt to move the court takes place.

My friend R Jagannathan of firstpost.com wrote a very fine piece arguing why the state should not hang Yakub Memon. Or at least why, in his words, the rush to do this did not pass the smell test. He argues that those scheduled to hang for two other crimes, the assassinations of Rajiv Gandhi and Punjab chief minister Beant Singh, have not yet been hanged?.?? ?Three of Rajiv's assassins — Santhan, Murugan and Perarivalan — had their death sentences commuted after the Tamil Nadu assembly asked for mercy. Beant's assassin Balwant Singh Rajaona has proudly acknowledged his guilt and has in fact been demanding that he be hanged, but has been kept alive, perhaps also due to the efforts of the Punjab assembly.

Jagannathan writes: "What is apparent to all but the innocent eye is this: where a convicted killer or assassin or terrorist has strong political backing, neither the centre nor the courts seem to develop the spine to deliver justice impartially as intended.? ?Now consider how the same centre, states and courts are keen to "uphold the law" when it comes to another category of killers: Ajmal Kasab, Afzal Guru, and, now, possibly, Yakub Memon. All Muslims, and their only common link to the hangman's noose seems to be that they lack political support."

I agree and it is for this reason that I think Memon will be hanged, though the ??assassinations? ?happened before? ?the blasts.??

??For me, the hanging will be the last part of a long association with the judicial process of the blasts.?? I met those accused of the crime on my first day as reporter. I reached Mumbai's Arthur Road jail late in the evening.
?
The jail gates were shut but there were a dozen women, most wearing burqa, outside. They wanted to submit a note seeking permission for home food to be given to their husbands, or sons or brothers, who were undertrials and hadn't got bail. The women didn't write English and one of them asked if I did. Soon I was writing permission notes for all of them.

As I was finishing, a guard came out of the jail gate and, pointing to a dark window near the top of the facility, said the jailor wanted to see me. I followed him in and was taken to the jailor, a man called Hiremath, who asked what I was doing. I told him, and he softened. He volunteered to show me around. "Do you want to meet Sanjay Dutt?" he asked. I said yes and that is how I got to know the men accused of the blasts regularly meeting them in court and jail. Some of them, like Dutt, are back in jail. Others, like Mohammed Jindran, a quiet and well spoken middle class man, were killed. And now of course Yakub is ready to be hanged.

Rhapsodizing Rains And The Over-Flowing Drains