Why Demanding Proof Of Parking Is An Absolutely Sensible Move

The numbers do not look good. With an increasing number of automobiles on Indian roads, there is literally no space left!

More from Bhimashankar Sanga
View All

Urban development minister M. Venkaiah Naidu announced that aspiring car owners should mandatorily produce a parking space certificate in future. This move’s raison d’etre is to regulate the sale of cars by coercing car owners to produce proof of parking space. It is also aimed at unblocking the side-streets and allowing driving access to them.

Our current hodge-podge parking enforcement is ineffectual. No one is immune to the horrors of a mismanaged parking system. Parking chokes streets and is also responsible for traffic congestion. Whimsical parking slows down traffic and also gobbles up expensive real estate space which causes an economic hemorrhage for the country.

This 'proof of parking' regulation was first enacted in July 2010 in the mountainous Himalayan state of Sikkim to control the ballooning vehicle population. In the following month, its neighboring state Mizoram issued a notification to mandatorily produce parking space availability certificate before one intends to purchase a car.

The onus of issuing parking certificates after physical verification of the sites was entrusted on the superintendent of police in-charge of traffic.  The state governments have all the power to chalk out all the details of ‘proof of parking’ implementation, and whether to implement it at all.

This suggestion of producing a ‘parking certificate’ was made in 2009 by Maharashtra government’s additional pleader Shashi Nair in the Bombay High Court. The Sunder Committee report had suggested anamelioration to the Act point 29 of the Central Motor Vehicles Act in 2011 by proposing to mandatorily furnish proof of parking space at the regional transport office (RTO). The Center however did not accept the proposal then.

On-street-parking is irremissibly banned in Korea's island province of Cheju, though it is not implemented across South Korea. Philippines, China, Bangkok, Singapore etc. are trying to enforce similar parking laws to improve their transport systems.

As the income of the middle class is rising, their aspirations and standard of living is also rising. This has resulted in people buying cars more than ever in Indian history. India now has 18 cars per 1000 citizens.

India’s automotive industry is one of the largest in the world and accounts for 7.1 per cent of the India's gross domestic product (GDP).

According to a SIAM report, India’s automobile industry produced a total 23,960,940 vehicles including passenger vehicles, commercial vehicles, three-wheelers and two-wheelers in April-March 2016 as against 23,358,047 in April-March 2015, registering a marginal growth of 2.58 percent over the same period, last year. Here, passenger vehicles include cars, utility vehicles and vans.

India is the sixth largest car manufacturer in the world between 2010 and 2015 – after China, US, Japan, Germany and South Korea, according to the annual reports shared by the Organisation Internationale des Constructeurs d’Automobiles (OICA) 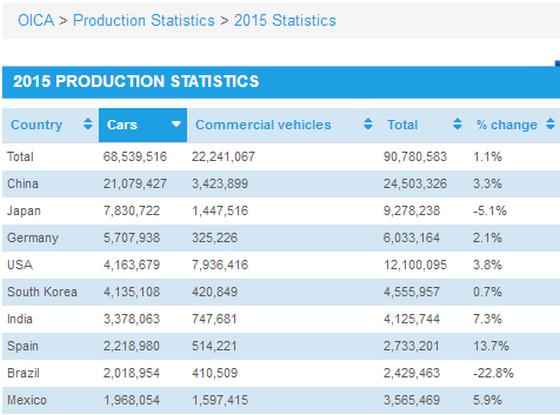 According to Ministry of Road Transport and Highways data, the number of registered cars that hit the road are increasing rapidly year-after-year.

Our country’s infrastructural growth is stagnant and is not coping up with the unrestrained increase in purchase of cars and vehicles. Increase in consumerism has also put enormous pressure on road transport.

For example, Pune has more than 25 lakh registered two and four-wheelers, but has parking space available is only for 1,800 vehicles. Roads in residential areas and cities suffer from capacity constraints as their length and width are fixed. There is an addition of approximately 1 lakh vehicles per day which results in scarcity of parking space and traffic congestion. 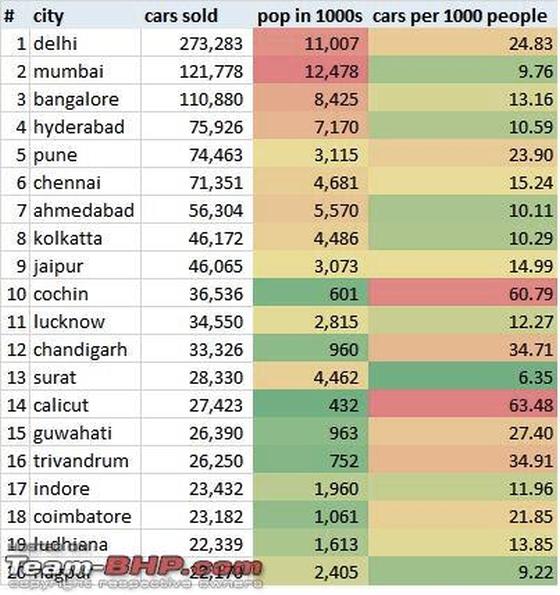 Indian road transport caters to 1.25 billion people with a share of 4.8% of the GDP. Parking on streets causes vehicular congestion and traffic delays. According to a study conducted by Transport Corporation of India (TCI) and IIM-Kolkata, road congestion, traffic delays and additional fuel consumption due to poor road conditions and frequent halts leads to economic losses which are estimated at $21.3 billion per year.

An average compact sedan is about 5.75 feet wide, while the average height is slightly less than 5 feet. A sedan's length averages just more than 17 feet (518.16 cm). A car’s parking space equates to the real estate market value of Rs 2.5 lakh on an average, in cities. Local municipal bodes are denied of this amount as the parking space is freely enjoyed by vehicle owners and shop owners. If we assume that the unauthorized parking of cars would be around 30 km, then the total real estate value of unauthorized parking belt would be around Rs 289 crore. That’s a huge economic loss to local municipality. This calculation does not take into account losses due to traffic delays, additional fuel consumption etc.  To understand the loss in perspective, assume an annual rental of 10% of real estate market value then the Municipal body forgoes a hefty amount of more than Rs 28 crore as annual rental revenue. This small chunk of additional revenue will definitely help the municipal body in multiple ways.

Government can plug these economic losses by enacting ‘proof of parking’ law. However, it has to ensure that loop holes such as circumventing the address of the car owner must be strictly addressed. There is a remote possibility that verifying parking spaces might spawn another source of graft and corruption. Government should make sure sufficient resources are provided to the agencies responsible for parking enforcement. Local traffic police, RTO and local bodies should undertake frequent checks of primary and secondary roads for illegally parked vehicles. This law will help to stop the economic hemorrhage caused by illegal parking.