Whose World Cup Is It Anyway?

None of the sixty players from Odisha who have represented India in international matches found a place on the dais when the 14th Hockey World Cup got underway in a spectacular show of pomp, colour, fireworks and Bollywood magic at the Kalinga Stadium in Bhubaneswar. 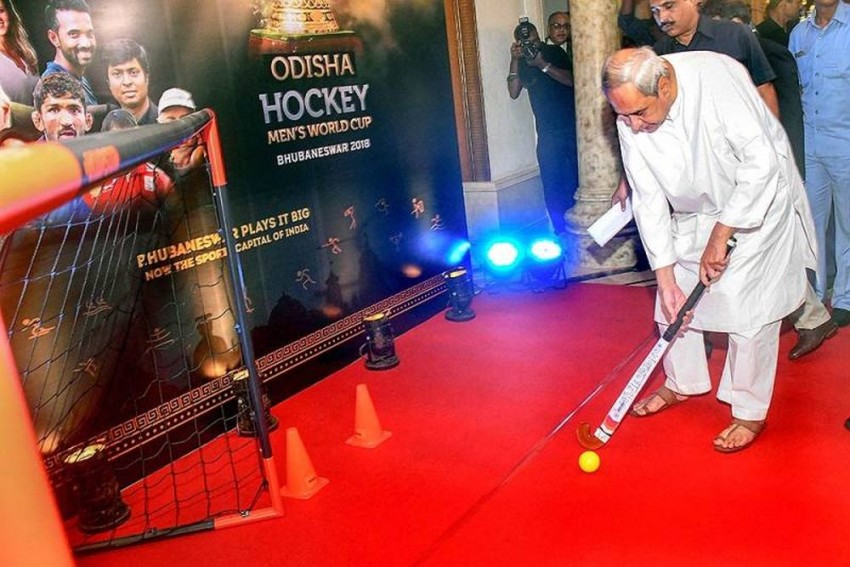 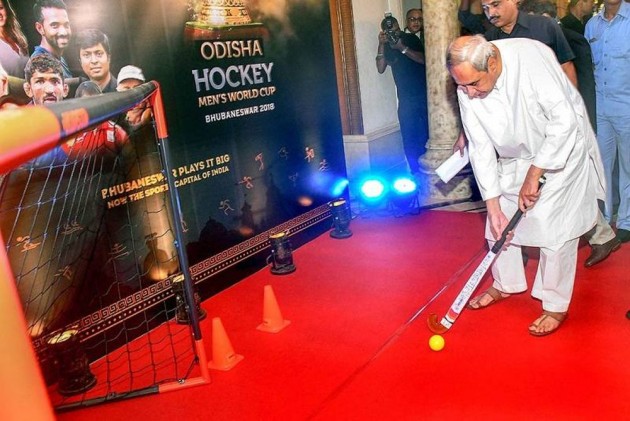 Nine Olympians. Four captains of the Indian hockey team. Sixty international players who have represented India are from Odisha's Sundargarh district, the cradle of hockey in the state and indeed one of the biggest catchment areas for hockey players in the country as a whole, to be precise. But none of them found a place on the dais when the 14th Hockey World Cup got underway in a spectacular show of pomp, colour, fireworks and Bollywood magic at the Kalinga Stadium in Bhubaneswar, the venue for the marquee event on Tuesday evening.

Not even Dillip Tirkey, who still holds the record as the most capped Indian hockey player, and is the only player from the state to find a place in the all-stars team selected by the International Hockey Federation (FIH) and was a Biju Janata Dal (BJD) backed member of the Rajya Sabha till recently! The "second" of the two inaugurals at the Barabati Stadium the following day was no different either. It was a Naveen Patnaik- "Bhaijaan" Salman Khan show all the way.

Forget making it to the dais, neither the organizers nor the galaxy of "superstars" from Bollywood bothered to utter the name of any of these real "stars" even once in their speeches! No wonder the question that is being inevitably asked in circles, which have refused to be swept off their feet by the hockey storm that has supposedly hit Odisha, is: “Why is the World Cup being held in the state if our star players are nowhere in the scene?”

When this question was asked to Sports secretary Vishal Dev at a press conference to announce the Konark Dance Festival in his capacity as the Tourism secretary (the all-powerful bureaucrat wears several hats) today, he blithely denied the charge that Odisha players had been sidelined. “As you know, former Olympians Dillip Tirkey and Lazarus Barla shook hands with the players before the start of the two matches on Wednesday. So, it is not correct to say that Odisha players were ignored or sidelined,” he said. Tirkey, who was present at the press conference in his capacity as the Chairman of the Odisha Tourism Development Corporation (OTDC), kept mum throughout.

But the explanation offered by Dev did not convince those whose "hearts beat for hockey". Brahma Mishra, a retired Steel Authority of India Limited (SAIL) officer, who has done yeoman’s service for the promotion of hockey in Sundargarh district in his capacity as the Vice Chairman of the Biju Patnaik Rural Hockey Tournament, is crestfallen at the complete sidelining of hockey players from Odisha in the Hockey World Cup.

“Just imagine what a big boost it would have been for the budding players and people from the district had the players from the overwhelmingly tribal district been present on the dais at the inaugural ceremony. The least the organizers could have done was to invite the Olympians among them on stage. It was a huge disappointment for them to see that none of their own was on the dais or even mentioned by the organisers,” Mishra told Outlook. “It is like having a cricket World Cup inaugural in India without the likes of Sunil Gavaskar, Kapil Dev and Sachin Tendulkar on the dais,” he added.

If the players from Odisha were ignored, the fate of journalists from Odisha was no better. Many senior journalists found their names missing from the list of media persons accredited by Hockey India and FIH to cover the tournament. Then there was the curious case of two media organizations, whose accreditation for the mega event was withdrawn at the very last moment after being "accepted" by Hockey India. They had even been asked to "collect their accreditation cards from the registration desk at the Kalinga Stadium between 11 AM to 4 PM" anytime after November 24. But when Sambit Mohapatra, the head of the sports desk of Nirvay, one of the two affected parties (the other being OTV, the undisputed No. 1 Odia TV news channel in the state), reached the stadium on November 26, he was told his accreditation had not made it to the final list "due to overwhelming international response"!

The state government washed its hands off saying the accreditation business was being looked after "entirely" by Hockey India and FIH. But there were no takers for this explanation. By a strange coincidence, both the media houses which lost out on passes at the last minute are known for their stridently critical stand on the Naveen Patnaik government.

“So far, I was under the impression that sports was beyond politics. That is why I had never imagined that they would stoop this low to punish us for our alleged unfavourable coverage. And Sambit Mohapatra, our Sports Editor who had applied for accreditation on behalf of Nirvay, is a sports reporter of 30 years’ standing and had been conferred with the Biju Patnaik Sports Journalist Award by the same government that has now denied him entry into the stadium. This is petty, mean and vengeful and sets a dangerous precedent,” said Navin Das, Editor of Nirvay in a chat with this reporter. Asked about the state government‘s claim that it had nothing to do with the issue or denial of accreditation, he said; “I dismiss it with the contempt it deserves.”

Das has no doubt whatsoever that Nirvay was being "punished" for a report critical of the complete absence of Odia sportspersons and journalists at the Sports literature festival organized by the state government in the run-up to the Hockey World Cup.

Critics point to the fact that this was the first time an inaugural ceremony (two actually, one each in Bhubaneswar and Cuttack) had been organized before the Hockey World Cup with Chief Minister Naveen Patnaik hogging all the limelight to make the point that it was an exercise to promote "Brand Naveen" ahead of the next elections. If Odia players and journalists had to be relegated to the backstage to make sure there was only "star" from Odisha that shone on stage, so be it!