When The Extremes Meet

Amid a stalemate in J&K government formation, a partnership between the BJP and the PDP would be good and a moderating influence on both. 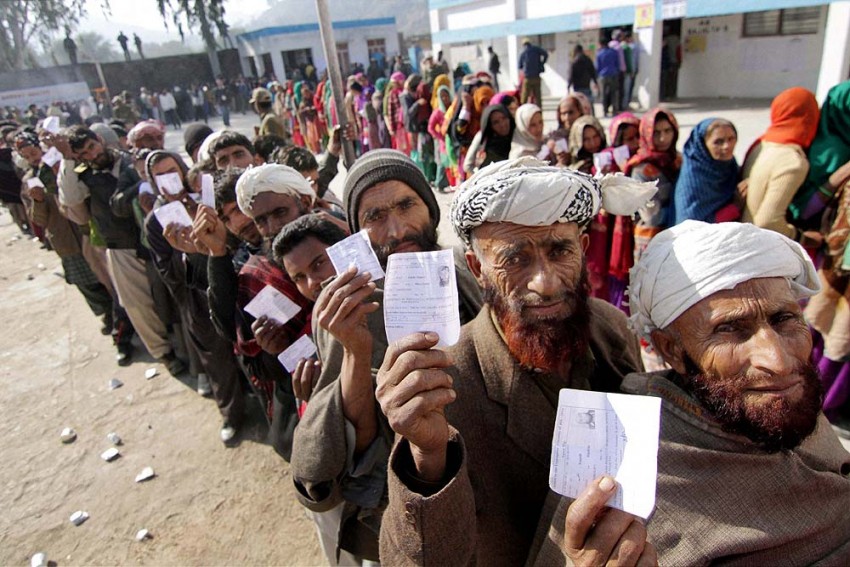 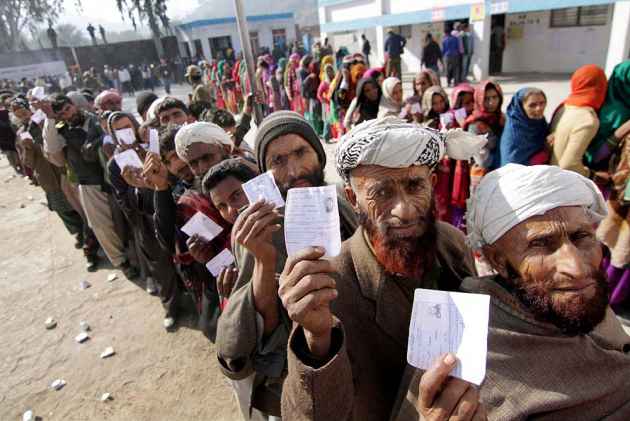 The election in Jammu & Kashmir has produced an unusual result. In a house of 87 members, the largest force is Mufti Mohammed Sayeed's People's Democratic Party with 28 seats.

The smallest, excluding seven independents, is the Congress with 12. In the middle are the Bharatiya Janata Party with 25 seats and Omar Abdullah's National Conference with 15. I say this is unusual because the possibilities for government formation are several. A 44 seat majority can be produced by the following combinations: the BJP plus the PDP, the BJP plus the NC with a few independents, the PDP plus the NC with a couple of independents or with the Congress. This range of options is uncommon in elections in our states because of polarisation. In reality, the options are not that many and the PDP and the NC, who are the biggest parties in the valley, cannot really be partners. It is the BJP that must decide who it should ally with, the PDP or the NC.

The PDP and the BJP are at opposite ends of the state's political spectrum. The Muslims of the valley, many of whom carry the separatist sentiment, are represented by the PDP. The BJP represents the Hindus of Jammu and the national sentiment that Kashmiris align with the rest of India. The two parties have totally different constituencies and voters. None of the PDP's legislators is Hindu while none of the BJP's legislators is Muslims. Strangely, the BJP is less 'untouchable' in Kashmir than it was elsewhere in India (though of course no longer with the rise of prime minister Narendra Modi). At the moment, however, no government is in sight and the parties are manoeuvering for the best deal.

Congress leader Mani Shankar Aiyar has accepted that the "obvious combination in purely arithmetical terms is the BJP going with the PDP. Together, they would have some 53 seats in a House of 87, thus ensuring an apparently stable majority. I stress the word 'apparently' for hidden behind the bare figures is the incompatibility of programmes and purposes and the cleavage along religious and regional lines."

He adds that "all the 25 seats the BJP has won are in Jammu. In Kashmir, the BJP lost its deposit in 35 of the 36 seats it contested. The PDP did secure two seats in Jammu, but 26 of its 28 seats are from the Valley. The virulent rhetoric of the election campaign showed the wide distance between the two parties in their respective approaches to the governance of J&K."

Aiyar thinks this is a problem because "the BJP then and earlier accused the PDP of being 'soft' on militancy and inclined to be understanding of the protestors who are collectively labeled 'stone-throwers'. The BJP loves to project itself in Jammu and the rest of India as the most muscular of Indian parties, determined to firmly and unrelentingly stamp out militancy and infiltration at any price. If the BJP were to go 'soft' while in the J&K government, it would be castigated by the RSS and the Sangh Parivar and lose much of its appeal in Jammu and the rest of the country; if the PDP were to take a hard and cold line, it would instantly lose much of its new-found support in the Valley." I do not think this PDP + NC + Congress fantasy is viable.

According to a report by Sheela Bhatt of Rediff, the problem in its negotiations with the PDP is the BJP's demand that a Hindu be made chief minister. Bhatt reported that Mufti Sayeed, "a leader who is too experienced not to understand the BJP game, reportedly, told one BJP leader, 'If I accept your demand to have your man lead the government in Srinagar I will not be able to face the people in the valley.' The BJP leader responded, 'If I accept your demand, I won't be able to face people in the rest of India.'"

Even if one has an objection to picking chief ministers based on their religion, it must not be forgotten that the BJP doesn't have a Muslim to put up. In case there is an even partnership and a sharing of the chief ministerial term, the BJP's man will necessarily be a Hindu.

I don't think this is a bad thing and in my view a partnership between the two extremes would be good and a moderating influence on both.

Between 2002 and 2008 (the Jammu & Kashmir assembly has a six year term) the PDP had such an arrangement with the Congress. First Mufti Sayeed was CM for three years and then Ghulam Nabi Azad for three. The PDP should take a similar deal with the BJP.