This is among many anecdotes about the “original bad boy” of Bollywood mentioned in a new book on him. 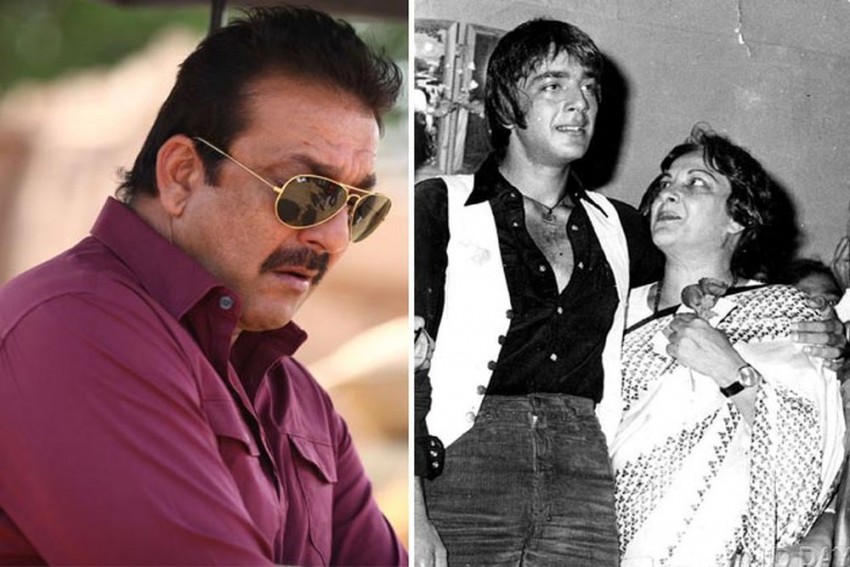 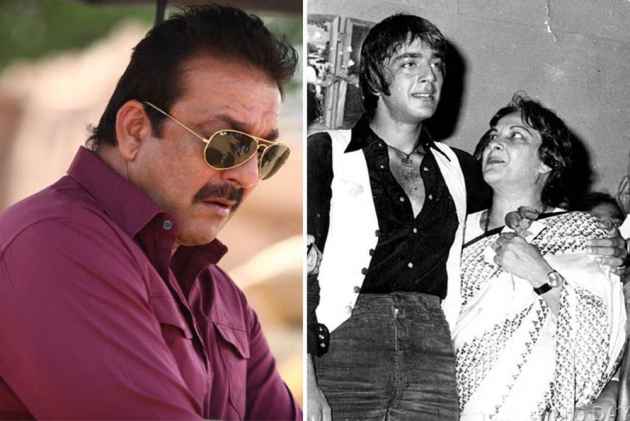 Sanjay Dutt had not cried when his mother Nargis died and for three long years his wounds were festering when suddenly he got tapes of his mother's dying wish and finally burst out crying.

This is among many anecdotes about the “original bad boy” of Bollywood mentioned in a new book on him.

In "Sanjay Dutt: The Crazy Untold Story of Bollywood's Bad Boy", Yasser Usman tells Sanjay's story - the good, the bad and, at times, the disastrously absurd, the conflicts, the mistakes, the many heartbreaking tragedies, and the overwhelming triumphs.

The book, published by Juggernaut, talks about Sanjay's ladies, his craziest moments like doing drugs, drinking the blood of a monitor lizard and shooting inside his home one unhinged night.

Nargis died on May 3, 1981 of cancer just before the release of Sanjay's film “Rocky”.

"Sanjay had not cried when his mother died. It had been three long years since Nargis had passed away but Sanjay's wounds were still festering," Usman writes.

Sanjay was at that at a drugs rehab centre in the US. Father Sunil Dutt sent him some tapes of Nargis talking during her final days so as to help him in his rehab.

"When Sanjay got the tapes from Sunil he had no idea what was on them. He pressed play and suddenly the room was filled with Nargis's voice. He remembered his childhood, when his mother's voice would reverberate through the Dutt mansion," the book says.

His mother's voice was weak, broken and in immense pain.

But Nargis still spoke of her dreams for her beloved son, and gave him some gentle advice.

"More than anything, Sanju… Keep your humility. Keep your character. Never show off. Always be humble and always respect the elders. That is the thing that is going to take you far. And that is going to give you strength in your work…," Nargis said.

Sanjay heard his mother's voice and realised how much she loved him and cared about him.

"I burst out crying and I cried and cried… I cried continuously for four days . . . I think till then I hadn't grieved for her when she passed away. So her voice and those tapes changed everything in my life," the book quotes Sanjay as saying.

"He knew that he had to rebuild his life. For a moment he felt his mother had come back from the dead to save him. The incident was a turning point in Sanjay's life. His mother's weak yet loving voice cast light where there had been darkness. Confident that his mother was watching over him, Sanjay started to take his treatment seriously. The healing truly began," Usman writes.

According to the author, Sanjay's life is a story of epic proportions.

He goes to describe other titbits like almost a decade before the 1993 Mumbai serial blasts case, Sanjay was involved in a shooting spree in posh Pali Hill for which he was even arrested. Also he once smuggled heroin into the US and at the height of his addiction, one evening he hallucinated that his father Sunil was melting, and on another occasion that his sister Priya was a gurkha.

I'm A Fan Of Narendra Modi, He Is The Right Role Model: Kangana Ranaut