Today is Bihu, the Assamese new-year spring festival. A look at the English translation of the latest short-story collection by Kula Saikia, also the north-eastern state’s director general of police: 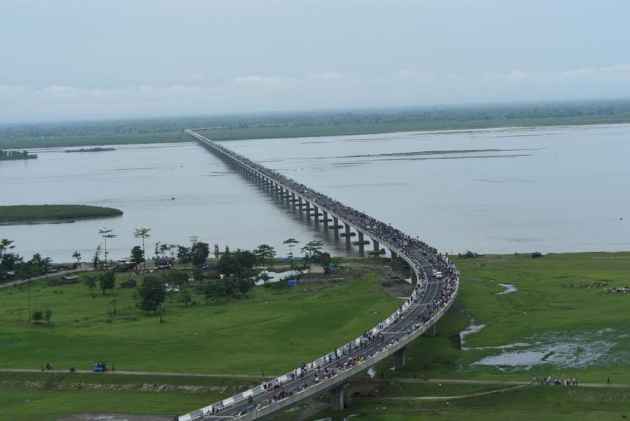 The romanticist in Photik is perhaps evident when the young railway officer chooses to open the window and let the cool air enter his workplace in a night when power goes off. That act goes against the wish of Bireshwar, the office peon and his only colleague in the train-traffic operations, who would have said cold weather means nothing but cough and illness.

Turns out later that Photik, unmarried and alone in his ways, used to write poems. A few lines of his that were published in the college magazine “dealt with the pain of a candle burning and melting away till its end”, the story reveals towards its final pages. Thus, it isn’t another matter that Photik now continues to sit in the dark, choosing not to the light the half-melted candlestick Bireshwar has left for him.

How much the wax-embedded wick as well as the shadowiness around go on to build a metaphor around the tale appears wearily in the last sentence: Photik looks at the candle—burning and melting away in silence.

‘The Station’ is the third in a collection of 20 Assamese short stories by Kalu Saikia, translated into English and published recently by Delhi-based Ratna Books. Titled If A River after the first story in the bouquet, the 200-page work keeps betraying the rootedness as well as cosmopolitanism of its author who had been a lecturer and bureaucrat before his current stint as a top police officer in his north-eastern state. Having already published 18 collections of short stories besides a novel, Dr Saikia’s If A River has been reworded into English by a team of six translators.

The first three stories in If A River, which is all this review would be randomly taking up as samples, show an interesting pattern where the narrative begins at a languid pace but at one stage after halfway suddenly sows a seed or two of immense curiosity in the reader. Even amid portraying the protagonist’s loneliness by lining it with an instance of elusive love from a neighbourhood schoolteacher, humour makes dashes—sometimes zany and typical of certain mishmash vignettes about the Indian subcontinent.

Here’s one about the sight on the other side of a railway track: For several months now, Photik has been reading these words; the poster shows a spotless white shirt that has turned grimy. Layers of smoke, dust, mud and the spittle of paan and tobacco-chewers cover the picture. To its right is the unassuming writing in lime: ‘Bhakat Tea Stall’. The warning board below it says: ‘Urine no permission’. 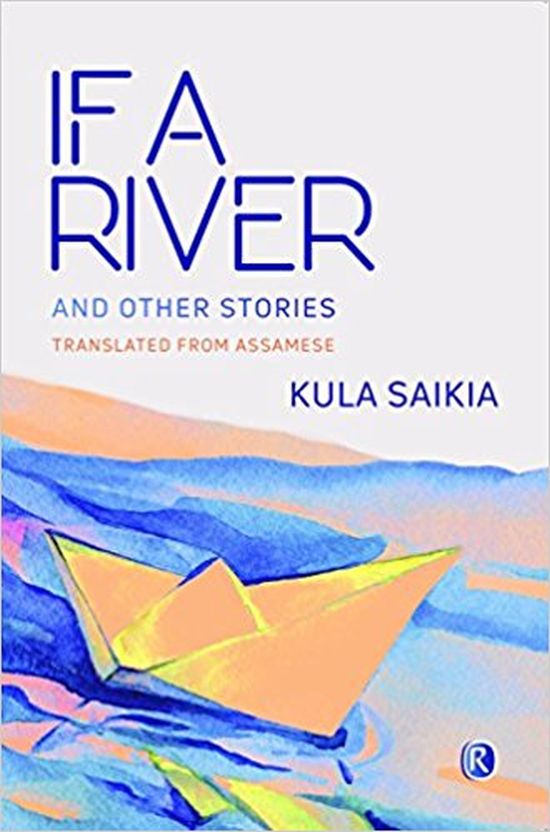 The second story is titled ‘The Bridge’, which comes in direct reference to the core of the plot, but is actually an allusion at the mental connect between people. Men and women, to be precise. Only that the streak of love between a middle-aged man and his contemporary in school days is relatively tacit vis-a-vis that of their son and daughter respectively.

It’s on a damp evening, when the rain has just stopped—“but am still holding the umbrella above my head, out of habit’’—that the central character walks to the town to bring home his son who the father thinks might be stuck or unsafe in the slushy conditions. Past the long and rickety bamboo bridge across the river, he involuntarily strays into a bylane that pops up sights from a younger time: the locality had been a haunt of his in the salad days. Beyond the tea shack, he recognises the house of a girl student with whom he was once close.

Inside, they meet. And talk somewhat matter-of-factly despite renewed warmth. The host, now a widow, introduces him to her teenage daughter. It’s only in his return walk and on meeting his son on the way back home that he realises that it was the same boy he had seen sitting with the woman’s daughter a while ago. “Young guys like you should approach the local minister and demand that the bridge be constructed soon,” he says, virtually cryptically. For, the bridge is so vital to them, their relationship.

If the jacket of the Rs-299 book says the author has mastery over “post-modernist style of storytelling with an occasional touch of magic realism”, the opening story tends to enter that realm by infusing elements bordering on metaphysics yet isn’t quite that either. What begins as the depiction of three children’s evening-time play in a desert that is ostensibly Rajasthan’s Thar, meanders into their play the game of trying to make a river out of the sand along the rolling dunes. For the listener of their dialogues—apparently an adult Assamese who is from the land of the vast Brahmaputra—the local kids’ engagement in the creation of a miniature version of a riparian civilisation is revelatory. “I did not tell the children about the river in my town. It did have plenty of water. It would swell heavily to cause a deluge during the rains....” goes the narration.

Soon, everything comes crashing down, courtesy the lash of a strong wind. So, “the vast civilisation they had raised is now gone, buried deep under the sand.” And, “The soft, soothing moonlight engulfs the evening desert.” That is how the story, ‘If A River’, concludes.

The author narrates stories invariably in present tense. As Malayalam writer-journalist K.R. Meera notes on the back of the book, “These stories are intricately woven with threads of imagination and interpretation, which allows us to live that particular life in that particular moment in the given landscape which is extremely strange and intensely familiar at the same time.” As she rightly adds, Saikia has the power to transform his “regional experience into universal aesthetics”.

Even the titles of the first three stories—‘If A River’, ‘The Bridge’ and ‘The Station’—can line up to acquire a socio-geographical entity.