Western Food Can Work Against Health Of Indians: Summit

Experts at an international seminar note that eating foreigners’ diet may not go well with the genetic makeup of people of India, where health sector deserves better funds and care 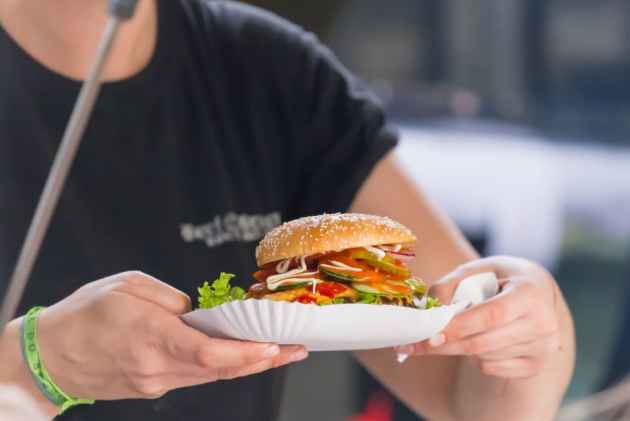 A dearth of thorough studies on healthcare is forcing the country’s academia to borrow research material from abroad, while rising consumption of Western food is gifting diseases to Indians with their different genetic makeup, according to an international summit in Delhi.

India warrants greater allocation of public healthcare funds even as their use faces discrimination on the basis of gender and social status, speakers noted at the South Asia Conclave 2018 that concluded on Wednesday night. Organised by the Oxford University Press, the second edition of the multi-subject meet in the national capital featured five sessions addressed by two dozen experts from various parts of India besides America and West Asia.

At one topic covering ‘The State of Healthcare In India’, Prof Amir Ullah Khan of Indian School of Business and NALSAR in Hyderabad said India has of late been witnessing an apparent growth in the general awareness on healthcare and the need for its improvement. Even so, successive budgets in the country have allocated insufficient amounts for the public health sector, which continues to face a short of infrastructure and equipment. “There is no research material in this particular sector to teach, and the material has to be borrowed from abroad,” he rued.

Dr Aparna Jaswal, who is additional director at Delhi’s Fortis Escorts Heart Institute, specificially spoke of the “harm” of Indians in rising numbers adapting to Western food. “Our genes cannot necessarily cope up with their eating habits,” she maintained, adding that massive advertising campaigns by foreign food brands were wooing the domestic crowd to flock food joints serving them. “This causes a threat to our biological system; I’d say it is one leading reason for a rise in diabetic patients in the country,” she added, highlighting the significance of involving nutritious Indian meal to the diets of its people.

Karan Thakur of Apollo Hospitals focused on the quality-versus-cost theme of the health sector. “The quality of healthcare depends on how much one is planning to pay for it. But regardless of the money you spend, everybody must receive quality and equal treatment of healthcare,” he said.

Leena Menghaney, who is head of Medecines Sans Frontiere in South Asia, threw light on certain social aspects related to healthcare. Several private hospitals, she regretted, do not welcome transgenders or members from the queer community for treatment. “That shouldn’t be the case. It is also the case with drug addicts. Given their vulnerability to become HIV-positive or be carriers of several other diseased, they need quick treatment and rehabilitation, which isn’t easy in India,” she said. Further, the health sector must have a stronger supply chain; there should be a track on the stock, the speaker added.

Author Amrita Tripathi, who is founder-editor of Health Collective, moderated the session that discussed how India, despite figuring among the world’s fastest-growing countries, continues to be “lax” to its public health sector. The speakers also touched points on how health policies do not affect electoral politics unlike, say, in a developed nation like the United States.

The deliberations come also in the backdrop of Lancet ranking India 154 among the 195 countries when it comes to the quality and accessibility of healthcare. The May edition of the leading medical journal shows India trailing behind fellow South Asian nations such as Bangladesh, Sri Lanka and even Bhutan in terms of healthcare.

The organisers of the conclave noted that India’s healthcare, despite facilitated by privatisation, remains one of the largest sectors in terms of both employment and revenue generation. An NSS survey over the last two decades indicates the creation of an asymmetric distributive network alongside disproportionate dissemination in both private and public health. This, they noted, leaves almost a negligible space for the government facilities to flourish or for the poor to access the best, or even, decent medical facilities.

The topics of the other sessions were ‘Ideology and Identity: The Changing Party Systems of India’, ‘The Absent Dialogue: Civil-Military Relations in India’, ‘Costs of Democracy: Political Finance in India’ and ‘Business and Politics in India’.