Mumbai-born Ajaz Patel took a five-wicket haul on debut to set up the improbable win for the Kiwis. 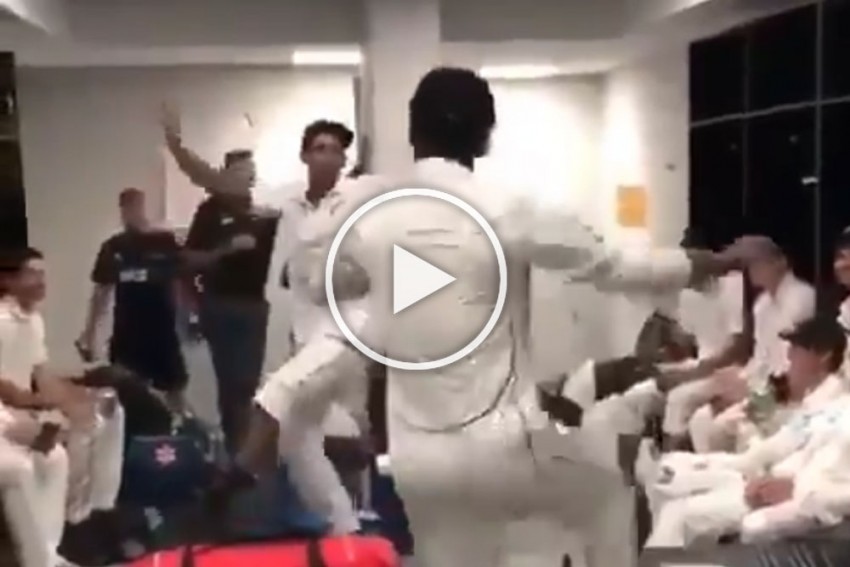 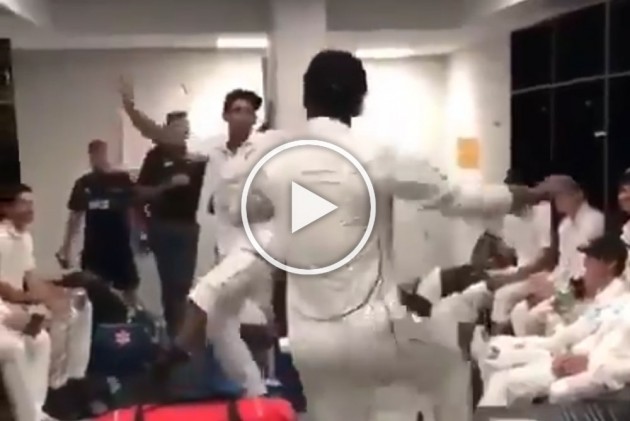 After registering a thrilling four-run win in the first Test against Pakistan in Abu Dhabi on Monday, New Zealand cricketers continued their victory celebration in the Sheikh Zayed Stadium dressing room.

A video of the Kiwis dancing to the tune of popular bhangra song, 'Mundian To Bach Ke' by Punjabi MC has emerged online. Watch it here:

New Zealand players celebrating the win in Abu Dhabi with a bit of bhangra #PAKvNZ pic.twitter.com/UJNN0FRnH7

Mumbai-born Ajaz Patel took a five-wicket haul on debut to set up the improbable win for the visitors. Defending a modest 176-run target, New Zealand bowlers led by Patel (5/59), fast bowler Neil Wagner (2/27) and Ish Sodhi (2/37) bowled out Pakistan for 171 on a drama-packed fourth day of the first Test.

It is the fifth-smallest win in terms of runs in Test cricket's history and gives New Zealand a 1-0 lead in the three-match series.

Azhar Ali fought a lone battle for Pakistan with 65 and was the last man out when he was trapped in front by Patel. He reviewed Bruce Oxenford's decision but the television replays upheld the decision.

Resuming on 37 without loss, Pakistan began the day as favourites to chase down 176 they needed for victory.

The second Test starts in Dubai from Saturday while the third and final, again in Abu Dhabi from December 3.