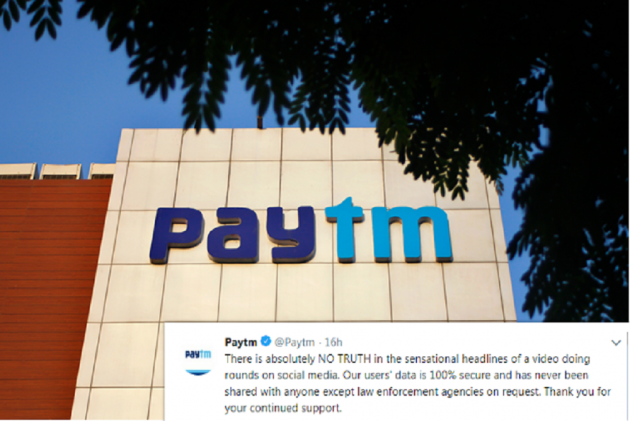 In a major expose, mobile wallet company Paytm has been revealed to have allegedly provided the personal data of Kashmiri users to a political party on a request from the Prime Minister's Office during the stone-pelting incidents in the Valley.
Investigative news website Cobrapost on Friday released a sting video that allegedly shows Ajay Shekhar Sharma, senior vice-president at Paytm, purportedly telling the Cobrapost journalist that the PMO asked the company to share user data in order to identify if any of them were stone-pelters.
“Jab J&K mein band hue  thhe na pathar...toh humari personally PMO  se phone aaya tha. Kaha  gaya tha ki data de do, ho sakta hai ki Paytm user hon (When the stone-pelting stopped there in J&K, I personally got a phone call from the PMO. They told us to give them data, saying maybe some of the stone-pelters are Paytm users. Do you understand),” Shekhar says.
In a reply to the swirl of allegations on social media thereafter, Paytm, in a late evening statement on Friday, tweeted: "There is absolutely NO TRUTH in the sensational headlines of a video doing the rounds on social media. Our users' data is 100% secure and has never been shared with anyone except law enforcement agencies on request. Thank you for your continued support."
The allegations have come to the fore at a time of heightened worries in India and across the world over data privacy. In a series of cases revolving around Aadhaar, the Supreme Court had ruled privacy to be a fundamental right under Article 21. In the West, Facebook has similarly been under a cloud over allegations that it traded user details in violation of privacy norms.
Paytm began its journey in 2010 as a mobile app-based utility payments facilitator. It was founded by One97 Communications founder-promoter Vijay Shekhar Sharma. Its biggest break came in 2016 when the BJP government, at the stroke of midnight, declared demonetisation on November 8, banning with immediate effect currency notes of Rs 500 and Rs 1,000 denominations. Overnight, the company became a house-hold name while demonetisation reportedly helped it earn revenues of more than Rs 813 crore in the fiscal ending March 2017, as it saw a steep surge in its wallet user base from 150 million to 200 million, whereas common citizens found their hard-earned money to have become worthless and were forced to stand in queues for hours before banks to deposit old currency notes.